Say what you will about his music, but Drake has exquisite taste in cars. And jewelry. And fashion. And real estate, though not so much in interior design.

“What’s Next” is Drake’s latest single, and the official music video for it plays like a love letter of sorts to his hometown, Toronto. In between showing city landmarks, it also shows Drake showing off, with fast cuts to his private jet, a Mercedes-Benz SLR McLaren Roadster doing donuts in the snow and under the jet, the interior of a Rolls-Royce with custom Chrome Hearts interior, and what could be described as the world’s most luxurious snow plow.

At the 1.40-minute mark below, you see Drake riding in the back of his 2021 Mercedes-Maybach GLS 600, which has been fitted with a snowplow. That is the work of Tony Bet, Drake’s go-to guy in terms of car customization, and he is awfully proud of it. 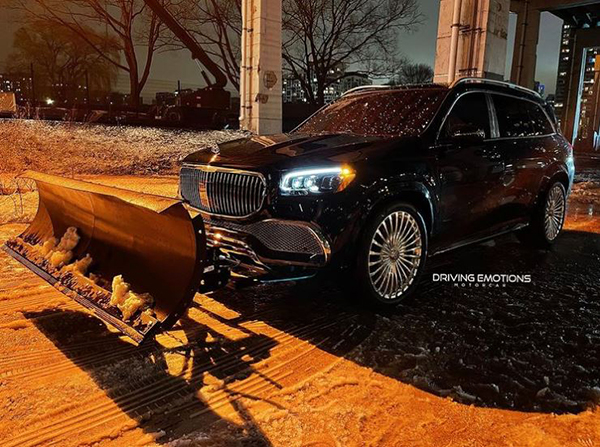 This being a video whose purpose is to simply flex, you can create your own story for it. Say, for instance, Drake rode the train like regular folks, and, just like regular folks, he hated it. It’s there in the video, Drake in a Louis Vuitton fur coat, wearing the one-of-two Patek Philippe Nautilus watches by Virgil Abloh, trying out mass transit. Unhappy with the experience, he takes his $160,000+ SUV to the city streets to clear the snow for you. This is Drake at his most altruistic, doing the Lord’s job so all his fellow Canadians can get to work or home or wherever on time.

Jokes aside, the video is cool and just the right measure of flashy. Drake was never the subtle guy in terms of flexing, and he’s clearly not about to start now. Not even if it means he has to plow snow in Toronto in his fancy SUV.