Rapper Quavo is no different than any other celebrity when it comes to flaunting his wealth. A big car fan, he likes his rides to be fast, customized, and expensive.

His latest choice to flaunt on social media is his lush Mercedes-Maybach GLS 600 4MATIC. This isn’t the first time we see his Maybach. But, in the previous set of pictures posted in mid-January, Quavo seemed to have gone for a black-on-black color scheme.

From what we can see in his latest video, it actually comes with color-changing paint, depending on the light, the upper side of the SUV turning from black to a light green-jade metallic shade. 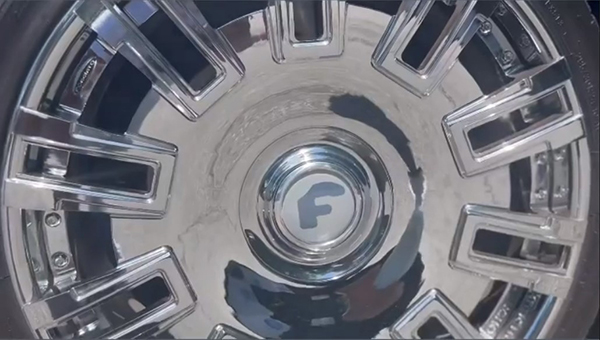 The 22-second video shows him standing in the passenger’s seat, while the Maybach bounces to the rhythm of his upcoming song, “Hotel Lobby,” a collaboration with his fellow Migos colleague, YRN Takeoff. We can also see that the rapper had hooked the car up with aftermarket wheels from Forgiato.

The SUV is put in motion by a twin-turbocharged 4.0-liter V8 engine, combined with a 48-volt mild-hybrid system. Mated to a nine-speed 9G-Tronic automatic transmission, the engine sends resources to all wheels and delivers 550 horsepower (500 ps) and 538 lb-ft (730 Nm) of torque. The mild-hybrid system adds 22 horsepower and 250 Nm of torque, taking it to a total of 571 horsepower (579 ps) and 723 lb-ft (980 Nm), available temporarily depending on the driving situation. 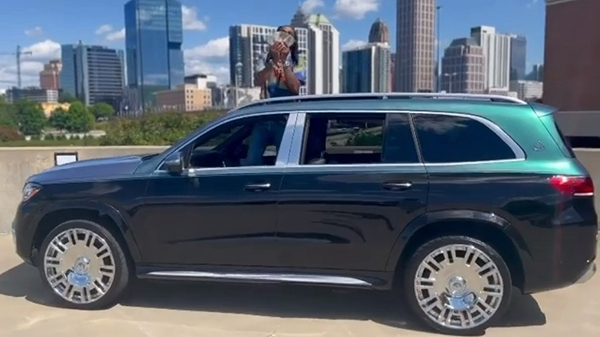 For those concerned about the SUV, Quavo is not ruining it with the “bounce mode.” The feature, available in the off-road mode, uses air suspension to move the car up and down. Drivers can engage it when they’re stuck in the sand while off-roading. Obviously, Quavo is only doing it just for the sake of promoting his upcoming song.