The time may come when not every Mercedes-Benz gets an AMG variant, but now, in 2020, that’s far from the case. AMG could be its own standalone automaker, with an impressive line of coupes, sedans, crossovers, and even a wagon for performance-craving customers. 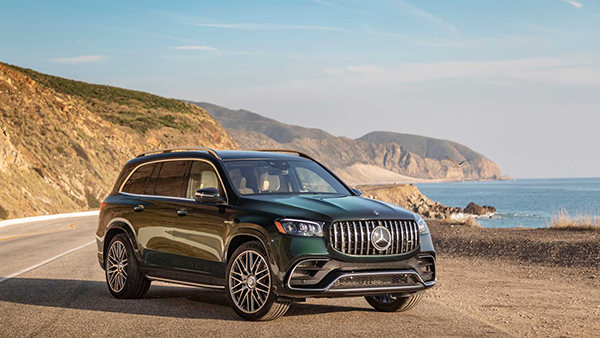 There’s the scalpel-sharp AMG GT, the pocket-rocket CLA45, the all-around-excellent S63, and even mild-hybrid versions of the E-Class and GLE-Class SUV, for those that want the AMG experience armed with conventional weapons rather than the nuclear variety. Then there’s the redesigned Mercedes-AMG GLS 63, a diamond-encrusted sledgehammer that has no real purpose besides making its owner feel good. 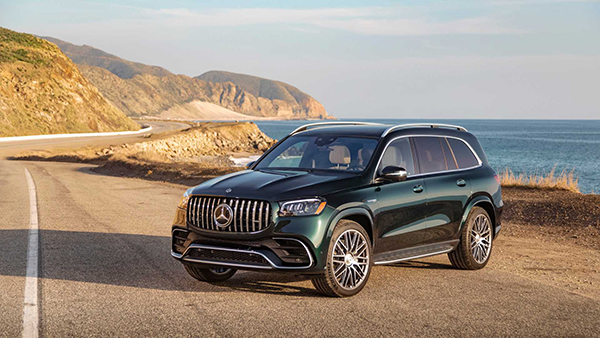 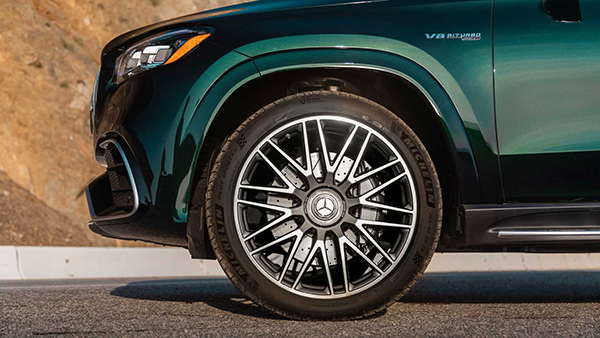 Boost Up
It does so in a familiar way. Much as old AMGs relied on a legendary 6.2-liter V8, today’s top-flight models feature a twin-turbocharged 4.0-liter V8. Yes, these cars should carry the “40” designation instead of “63,” but that’s beside the point, because this engine is good. 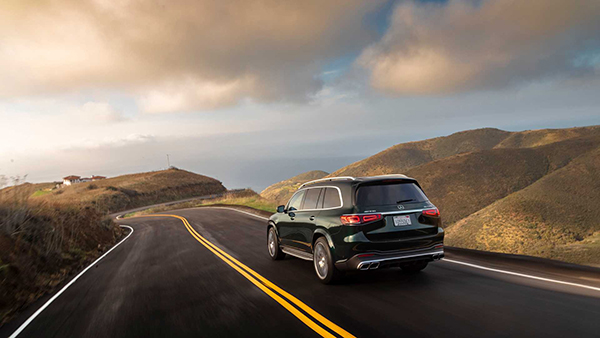 The twin-turbo V8 produces 603 horsepower and 623 pound-feet of torque in the GLS, 100 hp and 107 lb-ft more than you get from the same engine in the C63 S and GLC 63 S, thanks in part to EQ Boost, an integrated starter-generator (ISG) system. Along with offering 21 hp and 184 lb-ft of torque, EQ Boost’s ISG provides power for a 48-volt electrical system, which feeds the AMG Active Ride Control and, more importantly, an electric compressor that spools up the turbochargers, reducing turbo lag. The GLS 63 and the smaller GLE 63 (look for a review of the new GLE 63 S later today) are the first V8-powered AMGs to feature EQ Boost. 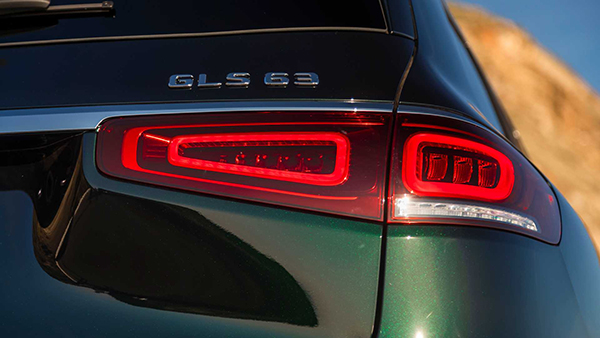 Combined with EQ Boost, the potent twin-turbo V8 feels even more powerful, exhibiting the same lagless wave of turbocharged thrust we’ve so enjoyed in EQ Boost’s original iteration, alongside MB’s turbocharged 3.0-liter straight-six. The engine feels effortless and immediate in its power delivery, making this 5,700-plus-pound SUV feel like some tool that can violate the laws of physics. Vehicles this big, this wide, and this heavy shouldn’t be able to get to 60 in just over four seconds. They just shouldn’t. 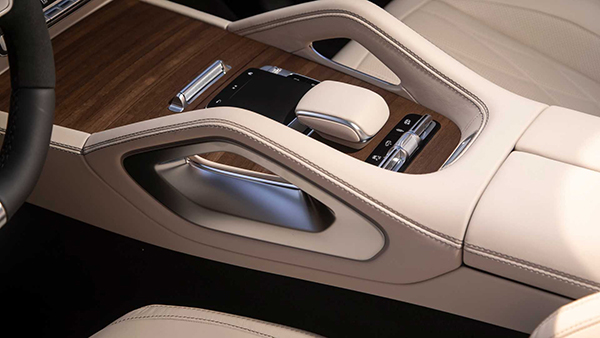 When it comes time to get little Timmy to soccer, though, don’t worry about calling the coach to say you’re on the way – the GLS handles that with its baritone exhaust note and a pair of turbochargers that whistle along like the world’s angriest tea kettle. Where the EQ Boost-equipped I6 sings, the V8 bellows and barks. Set the two-mode exhaust system to its noisier setting and the GLS 63 eagerly announces its presence to anyone in a square-mile area. 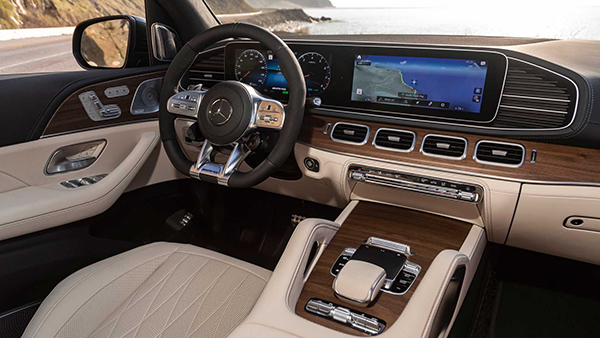 A Hippo Doing The Hula
As enthralling as the GLS 63 is in a straight line, it’s most gifted in the corners. AMG tuned the air suspension and 48-volt-powered AMG Active Ride Control to mitigate the fact that this car weighs as much as a bungalow. The result is a three-row SUV that has no business handling as well as it does. 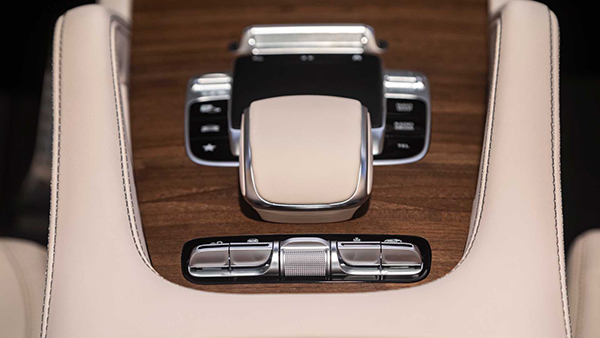 This is, however, a familiar suspension package, with much of the gear we sampled on the GLE 53 Coupe late last year finding its way to the GLE. If there’s a parts bin to be stealing from, engineers could do much worse than the one labeled “AMG Suspension Bits.” 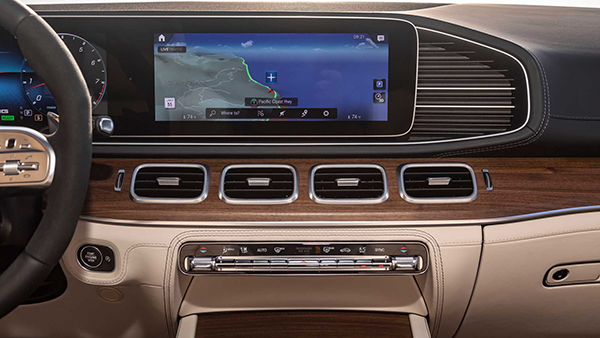 Chuck all 5,700 pounds of GLS into a tight, tricky bend or a long, fast sweeper and this big SUV exhibits flat, composed behavior. It’s eerily calm attacking canyon roads, encouraging us to push harder and harder into corners. But AMG engineers didn’t just keep a close eye on lateral body motions. You can really stand on the GLE’s brakes (perforated 15.7-inch front rotors with six-piston calipers in front and 14.6-inch discs with a one-pot stopper in back) without worrying about the nose dipping forward as the weight transfers. Likewise, deploy all 603 hp and the air suspension keeps things composed. 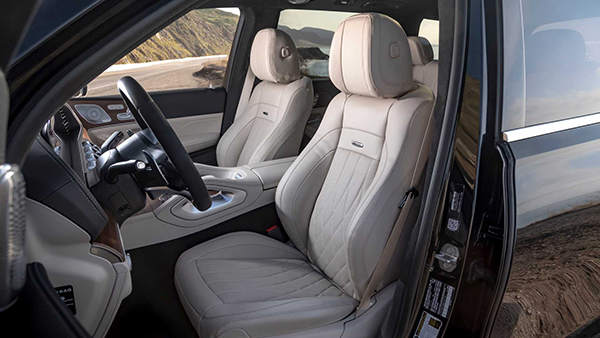 As enthralling as the GLS 63 is in a straight line, it’s most gifted in the corners 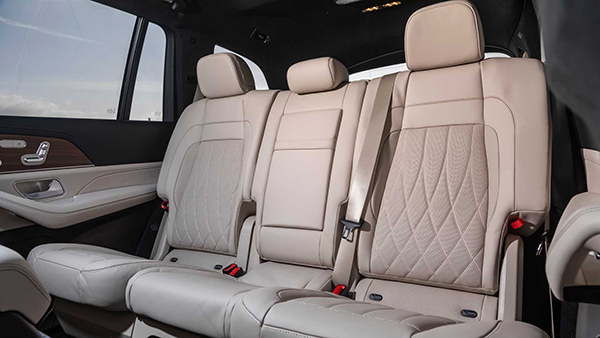 Our biggest concern with the GLS is the combination of speed and agility in a vehicle with so much mass. After just an hour behind the wheel, we found ourselves pushing harder and harder through the canyons. Our confidence was swelling, until we hit a mound in the pavement and the GLS started to understeer. It was neither bad nor dangerous – an easily correctable event caused by our failure to spot an imperfection on the road. Put us in that situation 100 times and we’ll come out okay 99 of them. But it did get us thinking. 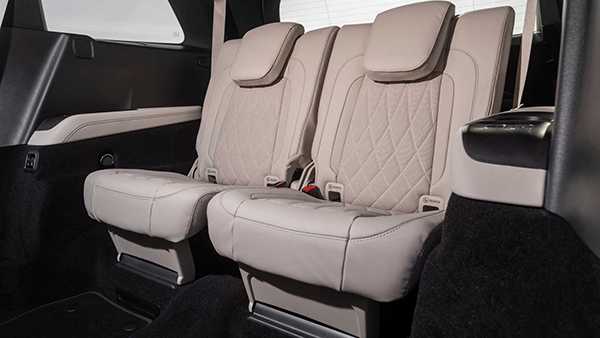 A vehicle with this much power and agility is already a lot to handle. Take its mass into account, and we worry that owners may not understand just how much momentum this three-row can generate. The reality is that, more than an E63 or an AMG GT, exercising the GLS 63 requires respect for its abilities. You can chuck any of those cars into a corner hard, but the physics at work in the GLS are a lot harder to cope with. Sir Isaac Newton has been dead for nearly 300 years, but his three laws of motion can and will bite anyone foolish enough to flout them. 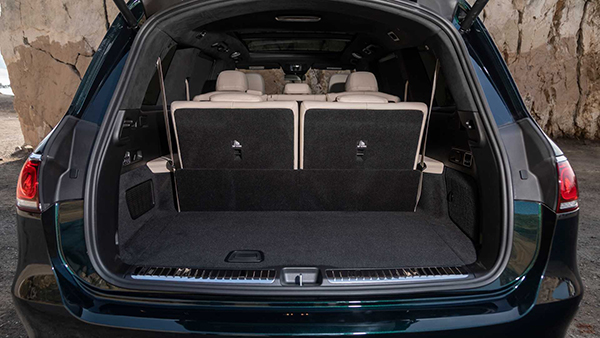 The Rest Is The Best
Ultimately, we doubt most GLS 63 drivers will push their vehicles all that hard, despite California, spoiled as it is with winding roads, representing the car’s biggest market in the US. Instead, this vehicle will cruise about the Pacific Coast Highway, around Beverly Hills and Bel Air, and along the dull, multi-lane monstrosities that pass for LA’s freeway system. In that regard, the GLS excels. It’s quiet and refined with Comfort mode selected, although the available 23-inch alloy wheels make for a choppier ride – grab 22s if you can. 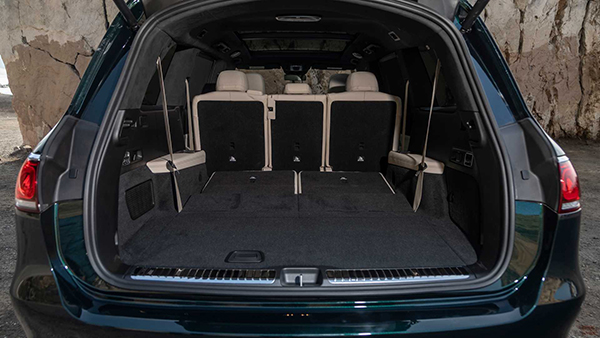 And while Mercedes-AMG doctored up the exterior in the usual manner (an AMG grille, larger front intakes to better feed the 4.0-liter V8, and other more aggressive styling touches), it largely left the cabin alone. You’ll find heavily bolstered AMG seats and a flat-bottom AMG steering wheel, neither of which are out of the ordinary in one of the outfit’s products. Besides those changes, though, the GLS retains its standard and handsomely appointed cabin. There’s room for six, comfortably, although with the third row in place, cargo space is at a premium. We ate up most of the 17.4 cubic feet of cargo room with just two carry-on-sized suitcases and a pair of backpacks. 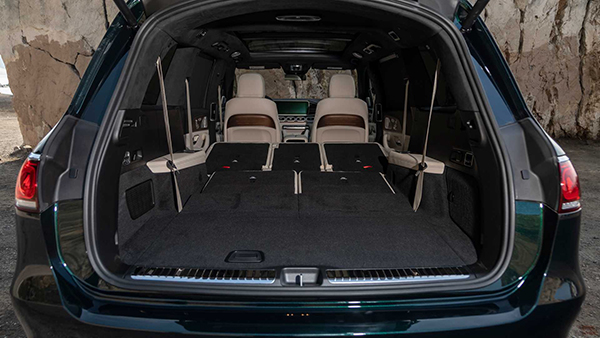 The GLS 63 is a statement piece, a big, brutally fast sports car that just happens to be a three-row SUV. 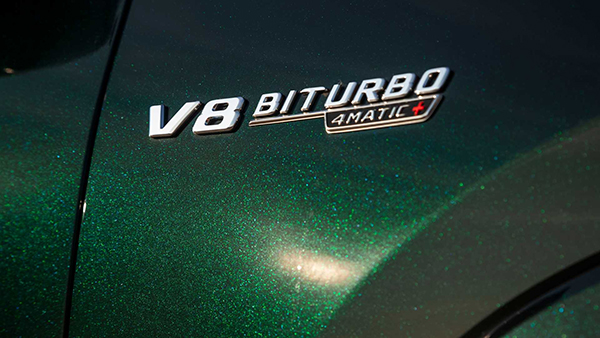 Considering it’s nearly as comfortable and similarly outfitted then, you might be wondering why not just buy a Mercedes GLS450 or GLS580 – the former is almost half the price to start as the $132,100 GLS 63. Well, as we said at the beginning, because you can. The GLS 63 is not a thinking person’s car, to be driven by emeritus professors and Nobel laureates. It’s a statement piece, a big, brutally fast sports car that just happens to be a three-row SUV. The GLS 63 isn’t a thing that makes sense, and when it comes to six-figure super SUVs, that’s the main selling point.