This is the biggest Mercedes-Benz money can buy. Wait, that’s totally wrong. There’s definitely a bus or big rig or Unimog out there. So, let’s go with biggest civilian-grade Mercedes you can buy at a regular dealer. Cool? Alrighty. Where was I? 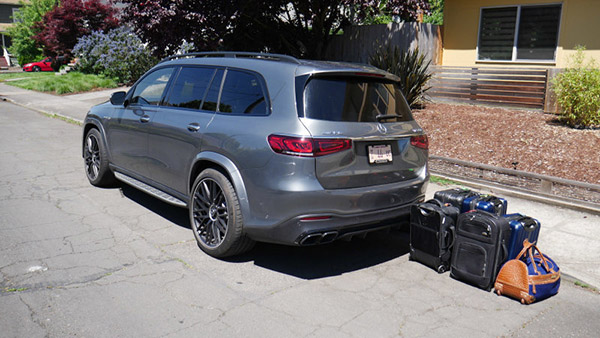 Luggage! That’s right. The 2021 Mercedes-Benz GLS-Class is a seven-passenger crossover, roughly the weight of Jupiter’s moon Ganymede, that does indeed have enough space inside for those seven passengers to be average-sized adults. But how much of their stuff can come along for the ride without needing to strap stuff to the roof (and risk it flying off should you get really hot and heavy with the AMG GLS 63’s 603-horsepower V8)? 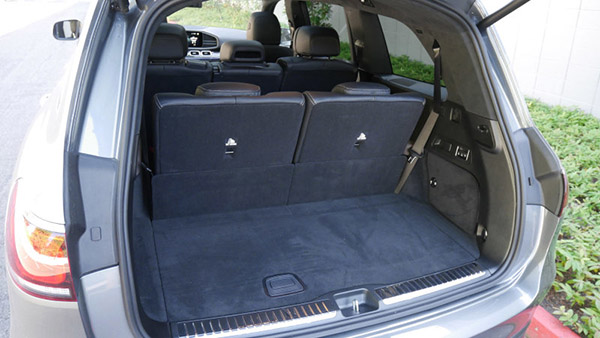 On paper, there is 17.4 cubic-feet of space behind the third row. In our previous luggage tests of the Mercedes GLB and GLC, the official measurements seemed awfully conservative, but at first glance, it seems comparable to what you’d find in other three-row crossovers with a similar number. Let’s see if that’s true. 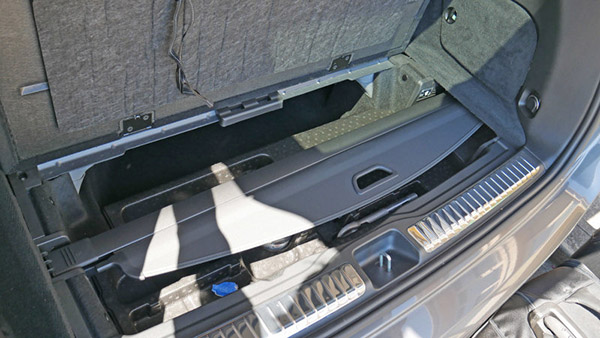 The space here is fairly long and the GLS is pretty boxy. For points of reference, you can see below the Volvo XC90 (15.8 cubic-feet) and Cadillac XT6 (12.6). 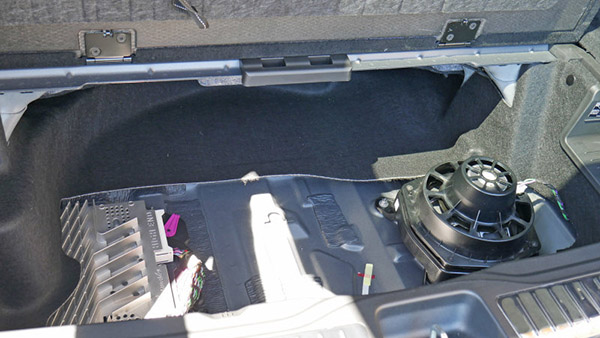 Like many other crossovers, there is some space under the floor, but it’s not useful for the purposes of this test. It’s largely just a place to store the cargo cover and an empty void where a spare tire would go. I’m guessing that gigantic speaker is part of the ultra-high-end Burmester sound system and the reason the spare tire gets replaced by a can of goo. 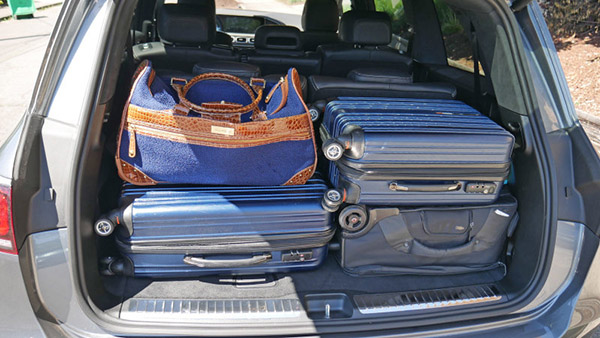 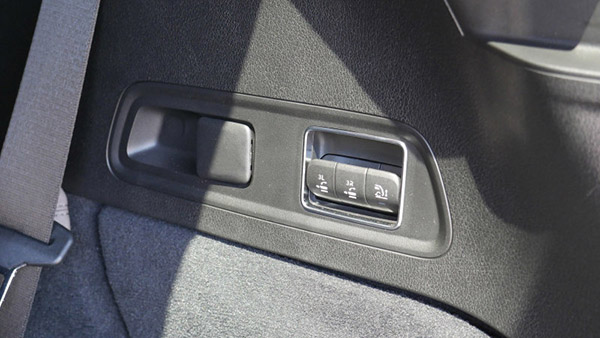 This is indeed better than the Volvo XC90. One of the biggest bags can fit in here, rather than a second medium one as in the Volvo, and the boxier profile allows you to easily stack the top roller bag on its belly. 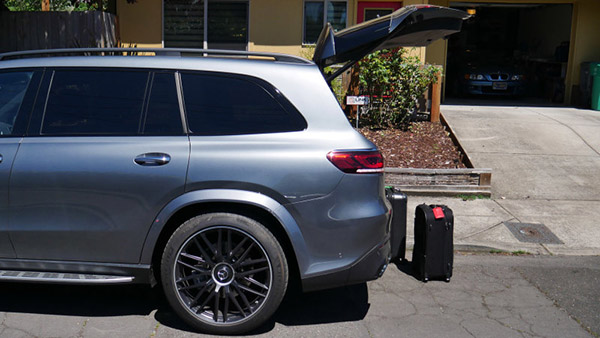 If you’re wondering about the difference between the GLS and a non-luxury model, the Hyundai Palisade and Honda Pilot are capable of carrying a larger bag in lieu of the blue fancy one.

Still, it really doesn’t get any better among luxury crossovers, and off the top of my head, I’m guessing only the truck-based Lincoln Navigator can top it. Maybe the new Escalade. 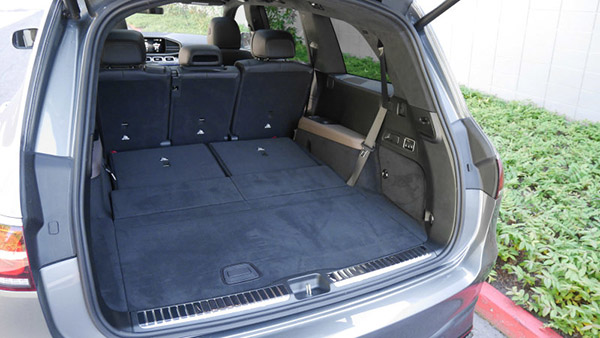 Some other cargo-related notes: both rear rows fold at the press of buttons. Those for the second-row and an All Seats button are on the left, while those for the third row are on the right. Joining them is the up-down button for the rear air springs. If you want to make it easier to load something aboard, just press the button and you can see above how much the GLS goes down. Admittedly, this is probably more useful in the higher non-AMG models.

Next, this is the black plastic that lines the cargo area. It’s cheap, scratchy and doesn’t belong in a Mercedes that can cost as much as $153,000 as this one does. Maybe it would be mildly OK if it just lined the cargo area, but this is also what your arms make contact with when sitting in the third row. Not good. 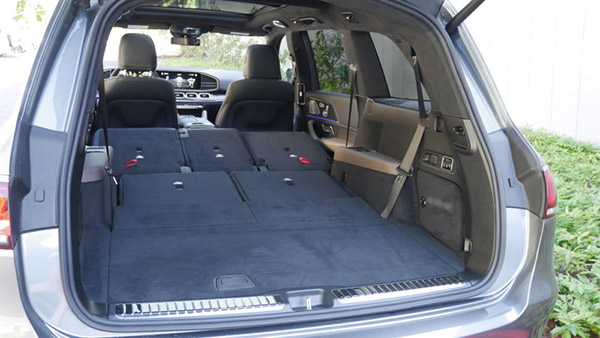 Finally, this is what the GLS looks like with the third- and second rows lowered. Mercedes says there are 42.7 and 84.7 cubic-feet, respectively. The second row slides, however, so it can expand to 48.7 cubic-feet.

So the GLS is indeed massive and very expensive, but at least it actually provides plenty of utility.