Well, perhaps it is not going to nail the G-Class sweet spot just as outrageously as the new Brabus 800 XLP Superwhite that is a mighty AMG G63 pickup with portal axles! But, just in case our hunch is substantiated, and it does turn from rendering to reality, it is still going to be a tasty overlanding build. 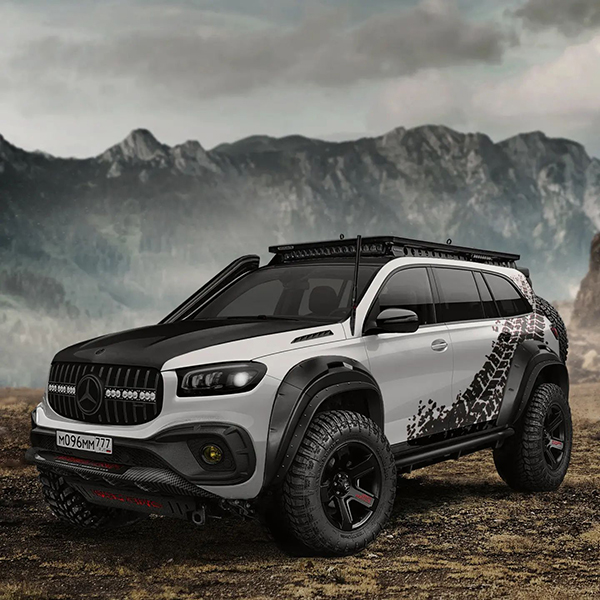 Right now, Mercedes-AMG is hard at work testing its real-world sustainable developments in the form of caught station wagon prototypes of the upcoming 2023 Mercedes-AMG C 63. They were up for some downsized performance testing of the new electrified 2.0-liter four-cylinder engine and sounded a bit sad they lost the burbling V8 engine of their predecessors.

But that does not mean people cannot have some fun with family-oriented AMG rides, even if only in the virtual world… at least for now. Case in point, Ildar, the pixel master better known as ildar_project on social media, has decided to entice us with a preview of a CGI project done for a fellow socialite (aka zhanrublev). While based out of Germany, this CGI expert speaks Russian in the project descriptions, so do excuse us if we got everything wrong or something got lost in the translation.

However, it is our secret hope that his latest Mercedes-AMG GLS 63 Off-Road build will soon cross the threshold between realms and turn out to be a customer-commissioned rendering-to-reality wonder. Frankly, it looks way too good to be true, but that does not mean there is absolutely no chance of this turning into a real-world overlanding hero.

That would easily make it one of the few GLS 63’s out there that would eschew a traditionally luxurious pavement SUV way of life in exchange for lifted, snorkel-equipped, black cladding fender-flared adventures. And given that Lady Spring is just starting to come into its own, chasing away the remnants of winter’s touch, is there anyone who did not immediately think of lengthy road trips at the wheel of this hypothetical creation?

For sure, we already know a few mountainous passes and trail-ending clearances that would be perfect for putting this mild hybrid BiTurbo V8 beast to the test against a fellow G-Class sibling.