Mercedes enthusiasts rarely agree when Mercedes quality started to go badly downhill. On the other hand, most of them are aware that Mercedes started cutting corners with the production start of the ML320 at the Mercedes-Benz U.S. International plant, located just east of Tuscaloosa. 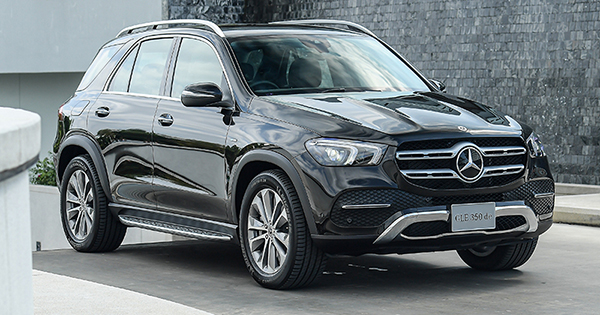 The M-Class was replaced by the GLE-Class, which is manufactured there alongside the larger GLS-Class. Not surprising anyone, both utility vehicles are riddled with quality issues. The latest of the bunch concerns the steering rack, an issue so bad that loss of steering control is possible.

Mercedes became aware of this concern at the end of August 2022, when it received a field report from outside of the United States, describing noises while steering. The Stuttgart-based automaker discovered a loose steering coupling locking screw to be the root cause of the described noises, therefore prompting an investigation into the failure mechanism.

The following month, Mercedes concluded that the issue was caused by an individual worker error in the vehicle rework process at the assembly plant. As a result, all vehicles reworked by the subject worker were flagged as potentially affected. Mercedes also notes that a single incorrectly torqued locking screw leads to free play in the connection, which causes noises when driving on uneven roads (i.e., potholed roads).

The screw may loosen due to vibrations caused by road imperfections, leading to the detachment of the coupling from the steering shaft. In other words, the driver’s ability to steer would be 100 percent impaired, increasing the risk of a crash. The fillister head screw that connects the coupling to the steering gear is internally referred to as A0109905604.

Mercedes is aware of no warranty claims or field reports from the U.S. market. A change in the rework process at MBUSI ensures that this condition can no longer occur in GLE and GLS production since August 4th, 2022. Mercedes is aware of 69 vehicles potentially released by the factory with insufficient tightening torque of the steering coupling locking screw, vehicles assembled between July 22nd, 2021 and May 26th, 2022.