Mercedes-Benz GLE SUV only came out in 2019, but a new spy video reveals that its maker is already on its way to introducing a facelifted version of the auto. Recently, a semi-camouflaged version of the SUV was seen making laps on the Nurburgring track together with some other Mercs.

The covered areas of the spied GLE are only limited to the headlamps, front bumper, front air vents, and taillights. With that, expect a couple of redesigns on those parts that will probably mirror the latest updates on the facelifted E-Class and some elements that will be found on the upcoming facelifted GLS SUV. Going around the back, it appears like the auto is getting a thin LED strip across the rear hatch that will serve as a bridge between the taillights. 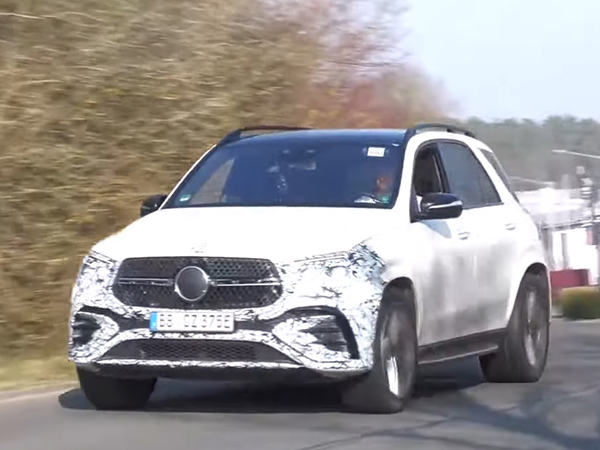 The exterior updates may be subtle at a glance, but there’s certainly more to what the spy video is letting us on. Usually, most of the updates in mid-cycle facelifts are found on the interior, particularly on the tech. Therefore, the GLE is most probably getting the latest version of the MBUX infotainment system and some other new interior trims to up its game.

No changes are expected on the powertrain of the upcoming facelifted Mercedes-Benz GLE SUV, so it’s likely to get the same 2.0-liter turbocharged inline-four and 3.0-liter turbocharged inline-six engines coming from the current USA trims of the range with power ranging from 255 hp to 429 hp from the base GLE 350 up to the range-topping AMG GLE 53.