The current-generation Mercedes-Benz GLE arrived for the 2020 model year, but the luxury brand is already planning its mid-cycle refresh. We first caught the partially camouflaged crossover out testing back in June, and a new batch of spy shots show little has changed since then. The crossover continues to wear a splash of camo on the front and rear fascias, with the rest exposed, though we don’t expect Mercedes to make huge styling changes. 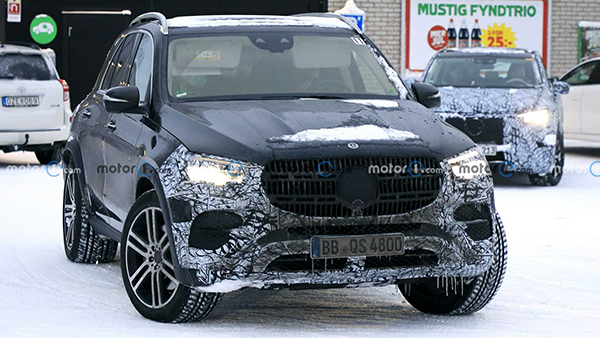 The camouflage appears to hide a new front bumper, revised headlights, and a new grille. It’s unclear how different the headlights will be, if at all. Mercedes could tweak their internal styling signature instead. The rear-end changes are just as subtle, with a strip of camouflage covering the taillights, though caked-on snow covers much of the rear hatch. The taillights should receive a styling tweak to keep both ends feeling fresh. There won’t be many changes inside, though Mercedes will likely install its latest infotainment software. 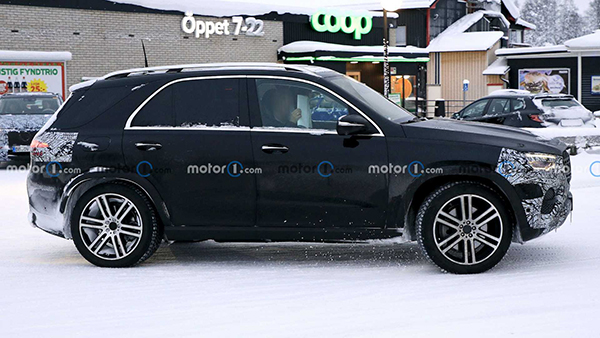 We don’t have any insight into the powertrains that’ll be available, but there’s little doubt that Mercedes will carry the current lineup over unchanged. There could be tweaks for efficiency and emissions, but customers shouldn’t expect anything new to propel the model. That means the GLE will offer turbocharged 2.0-liter, hybrid inline-sixes, and twin-turbo V8 engines in their various outputs and configurations. 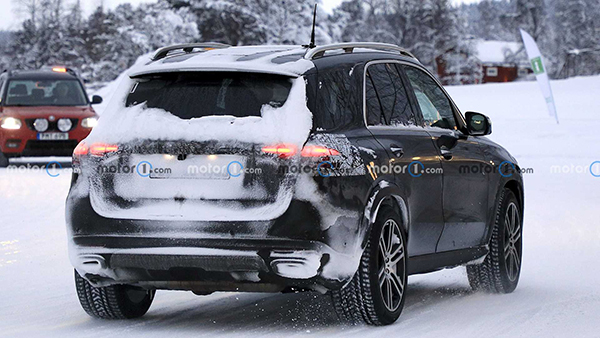 The updated GLE includes the swooping GLE Coupe, which we’ve spotted wearing a similar camouflage pattern over the front and rear fascias. The GLE Coupe and regular GLE should share the same styling updates inside and out, including the AMG variants that should arrive after the regular model’s debut. Sadly, a debut is still months away. The updated GLE isn’t expected to debut until 2023, and we could see Mercedes introduce other styling changes before it breaks cover.