The German company is preparing a restyled version of its flagship crossover, but for now, using the available spy photos, we decided to imagine what the new product will look like.

However, unlike its limousine counterpart, it mostly lived in the shadow of its smaller ML-Class (now GLE) sibling, and even after the advent of the third generation (X167) GLS, also in AMG GLS 63 and/or Maybach GLS 600 form, it suffered at the hands of its rivals. More precisely, the ritzy Lambo Urus and Rolls-Royce Cullinan ultra-luxury super-SUVs have cast a big, overarching cloud over most other entries into the field.

Now, with even more incumbent rivals, such as the 715-hp Ferrari Purosangue or the up-to-735-hp BMW XM Label Red, something needed to be done. Naturally, the most logical course of action from Mercedes-Benz would be to diligently prepare a GLS refresh. Probably sometime for the 2024 model year, especially considering the current generation was introduced back in late 2019 as a fresh 2020 model year apparition. Alas, there’s a fair bit of time before that happens, right? 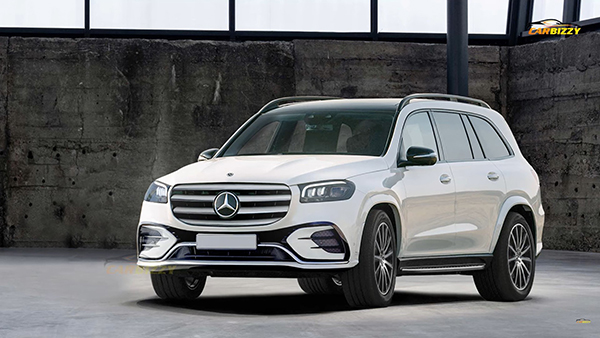 So, there is one solution if you don’t like the timetable. And the virtual automotive artist better known as Carbizzy on his YouTube channel has quickly imagined the unofficial looks of the upcoming Mercedes-Benz GLS evolution, complete with a subtle design evolution and lots of juicy color changes. As always, the latest CGI presentation starts a bit mysterious, with the new model shrouded in darkness.

Soon enough, though, we get the chance to admire the digital 2024 Mercedes-Benz GLS from the usual front- and rear-three-quarters POVs, complete with an entire digital color palette reel. The latter shines as brightly as possible, and most hues could be seen as positively outrageous if splashed on a real-world Mercedes-Benz GLS. So, do take all this with the proverbial grain of salt, as nothing is official just yet.