The latest GLA is a huge improvement over its predecessor. It now looks, drives and feels like a small, premium SUV. It has one of the finest cabins in its class and can now comfortably accommodate a small family. However, you certainly have to pay for it, because the introduction of the second- generation car has also brought with it a significant price hike. Go for a smaller-engined, lower-spec model and this will make the cost more digestible. 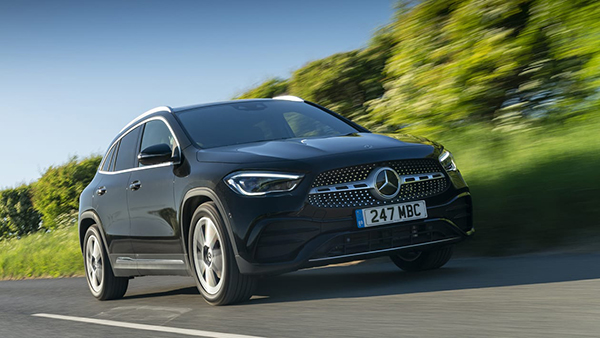 If you’re looking to buy a premium SUV, then it’s almost certain that a Mercedes will be on your shortlist. The German manufacturer has the most extensive range of SUVs in its showrooms; there are nine in total, and the all-new GLA is the latest entry point into Mercedes SUV ownership. 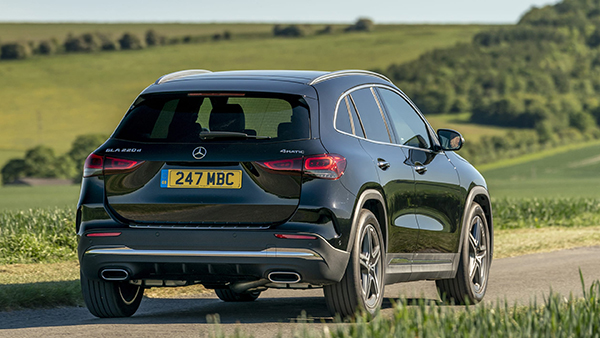 This is Mercedes’ second attempt at the GLA; the first model that arrived in 2010 was slightly underwhelming, on account of it not being particularly spacious, good to drive or visually appealing. 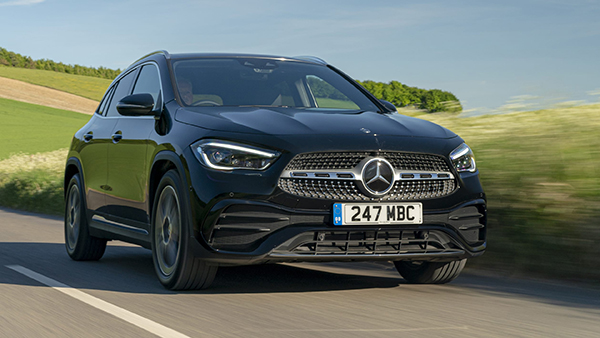 The newcomer, which we’re driving in the UK for the first time, immediately corrects one shortcoming by being far more imposing. We’d stop short of calling it good-looking, but the inflated A-Class appearance of the old model has been replaced with proper SUV proportions. Key to this is the fact the new GLA is 100mm taller than the old model. 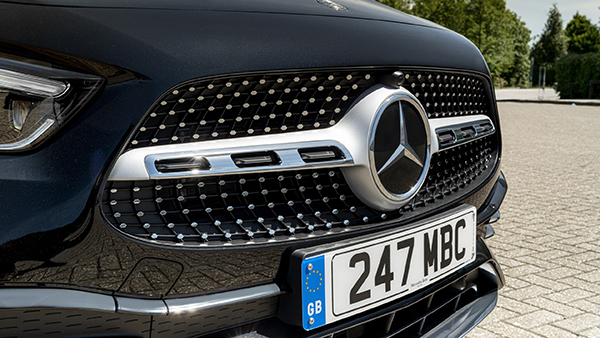 So it’ll come as no surprise that inside you’ll find far more space; this is now a proper baby SUV that can comfortably accommodate a family of four. The boot is larger at 485 litres, although it’s still some way off its main rival, the Audi Q3, which offers up to 675 litres. 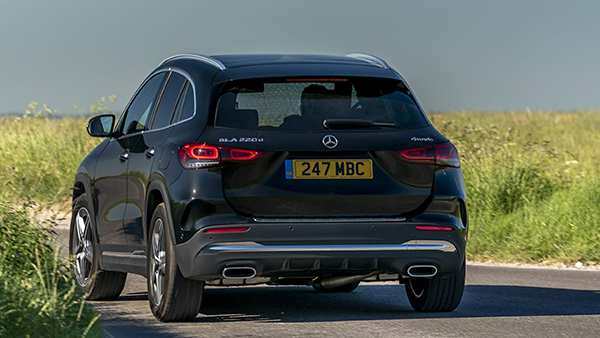 But it’s passenger space, particularly in the rear, where the latest GLA is much improved. The taller body means headroom is generous, while the elevated front seats allow rear passengers to comfortably slide their feet underneath, letting them stretch out even further. The middle seat is a little tight, but you can still get three adults back there on shorter journeys. 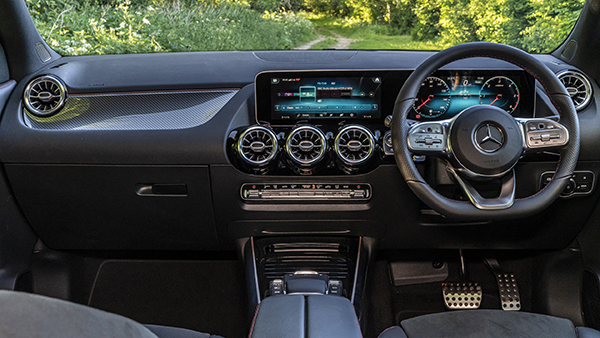 In the UK there are just two trim levels: Sport and AMG Line, each being offered with option packs that boost kit and on-board tech, as well as the price. Our test car is a 220 d 4MATIC AMG Line Premium Plus, a powerful 2.0-litre diesel version in top-spec trim, which makes this a small car with a big price tag. Pay up front and it will cost £43,260, and even on a PCP deal you’ll be paying £512 a month over 48 months, with a £7,355 deposit. That’s a chunky amount by anyone’s standards. 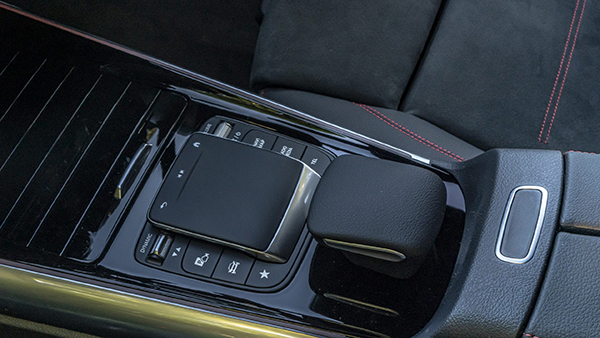 Climb aboard and the GLA feels like an SUV from behind the wheel, with a more commanding and elevated driving position than before. The 220 d uses an engine found elsewhere in the Mercedes line-up, and it develops 187bhp and 400Nm of torque. It rattles into life but quickly settles, with the GLA doing a good job of suppressing the worst of the diesel clatter.

It’s a strong motor with plenty of low-down punch and, in combination with the slick eight-speed dual-clutch auto that zips through the gears, it delivers easy and accessible performance. That slug of torque is on offer from just 1,600rpm, so the GLA has a surprising turn of pace; Mercedes claims 0-62mph takes 7.3 seconds, so you certainly won’t be left wanting for more performance from a sensible family car. 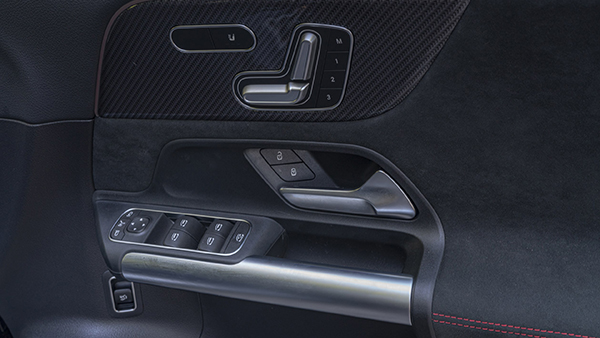 There’s really no need to extend the engine beyond 3,000rpm, though, because by that point the unit’s best work is done. Keeping it in its power band also helps things stay relatively hushed and refined at speed. 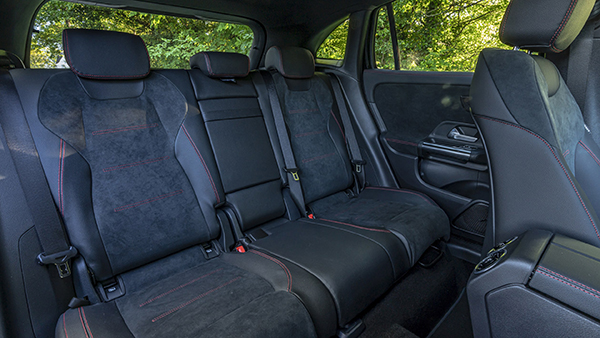 The GLA’s ride quality is also a big improvement, even on our test car’s 19-inch wheels and the 15mm lower suspension fitted to AMG Line cars. Potholes and broken surfaces are better absorbed, while there’s an overall compliance to the ride that was missing before. Go for a smaller set of wheels, forego the sports suspension, and things will almost certainly improve further. 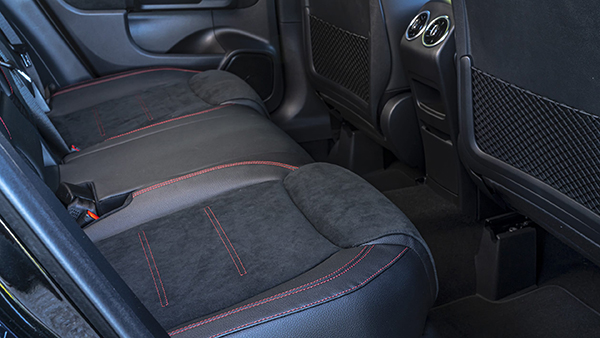 Handling is unlikely to be of huge concern to potential buyers, but the GLA is also far more capable on B-roads than the old car was. There’s a degree of roll, which is to be expected in an SUV, but now the GLA controls its body movement very well, so it feels composed and unflustered at speed.

The steering is quick just off centre, which adds to the sense of agility, but it is rather numb. Overall, the GLA is an SUV that is much improved, but it’s no longer short of accomplished opposition.