A race track is no place to casually wander into, but this seems to have become somewhat of a common occurrence with the Interlagos Circuit in Brazil. Another woman has ended up on the track by mistake in as many months. 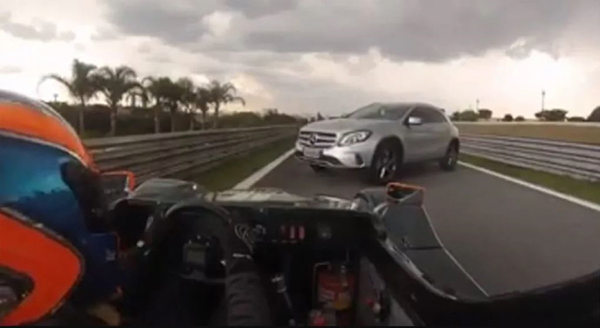 A video just posted to reddit by user Ponei_Maldito shows the strange incident, which seems to have taken place during a regular track day, not during a race. It’s recorded on the camera of one of the drivers, who is coming up fast on the pit lane and has to brake to avoid collision with the silver Mercedes-Benz GLA blocking the road completely. 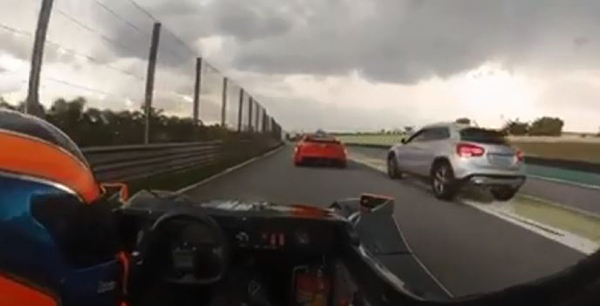 The driver of the SUV, a woman by the looks of it, is trying to make a three-point turn, presumably so she can go into incoming traffic. At this point, we could assume she had no idea which way the traffic was going before the first car stopped. Still, she continues with her efforts to turn and go the same way even after the driver of the first car gestures to her that she’s out of her mind. 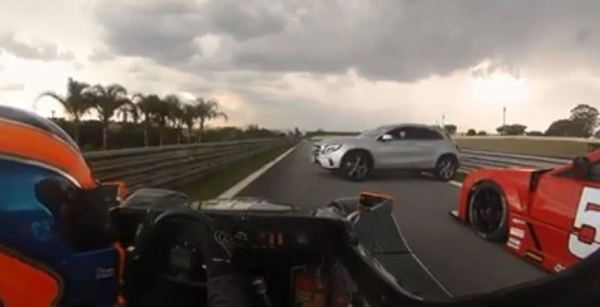 A second car comes to a screeching halt, at which point the first driver just waves at the woman to go in the opposite direction. After several more maneuvers (which, commenters point out, probably had nothing to do with her desire to not damage the grass on the sides), she is able to turn the SUV in the right direction. She stops at the exit of the pit lane, presumably to wait for guidance. 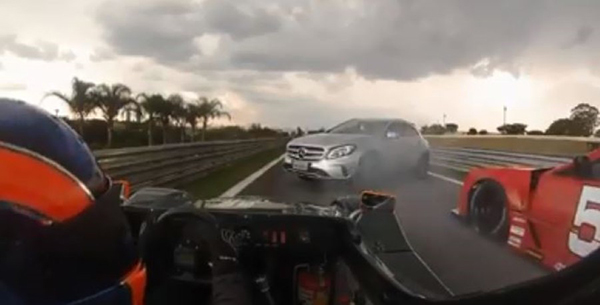 The same commenters note that, while her many maneuvers point out that she’s hardly a good or skilled driver, so she probably did end up there by ignoring barriers and signs, this could be a mistake on the part of staff at the Circuit. The Circuit is closed off with fences and gates, and there are extra marshals at various checkpoints during race days, to ensure no authorized car gets onto the track. Since this seems like a regular track day, it could be that someone simply left one of the gates open, which made this poor woman see it as an invitation to drive through it. 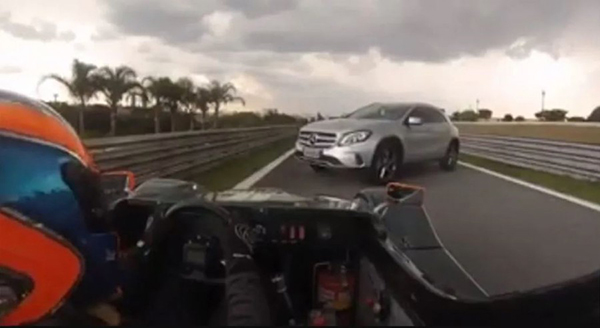 A similar incident happened in late October, when a woman in a MINI, who had taken part in a drag race on the nearby track, got lost and drove onto the track during a Mercedes race. Realizing her mistake right away, she drove to the shoulder and waited for the rescue car, later telling the media that, in her defense, she had seen no cones or signs on the way there, to inform her she was about to enter the race track.