Mercedes-Benz GLA has straddled the line between hatchback and crossover since it debuted. It was a stubby, squat and lifted question mark that only got weirder after the AMG division laid hands on it. Despite the confusion, the vehicle’s purpose in Mercedes’ lineup has always been clear. 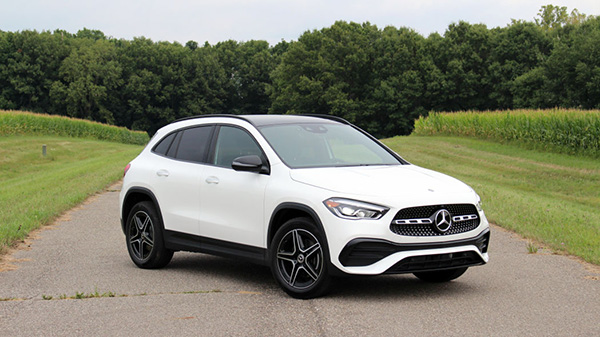 Previously, if you liked Mercedes and wanted a cheap and attainable crossover, the GLA was your answer. For the totally redesigned 2021 Mercedes-Benz GLA 250, it’s not as simple. That can largely be attributed to the presence of the new GLB, a larger and far more utilitarian crossover that only costs $370 more than the new GLA. Instead of differentiating the two in price, Mercedes has chosen to separate the two by use case. The GLA is meant to be the sportier, sleek, personal crossover. And the GLB is for folks who might be at a different stage in their life with kids and all the cargo that comes with. 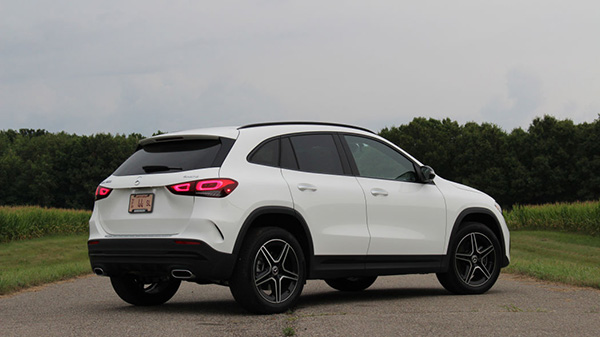 Despite the GLA being marketed as the sportier of the two, it’s more “crossover” than ever in this new generation. Mercedes made it taller, wider and more spacious inside. The seating position is higher and more upright than before, and cargo capacity has even seen a small increase. Those are all welcome changes. Rear legroom in the first-gen GLA was especially egregious, but there’s 4.5 inches more space this year. Riding in the rear seats is now entirely tolerable for adults, even if rear headroom has decreased by a nominal amount. 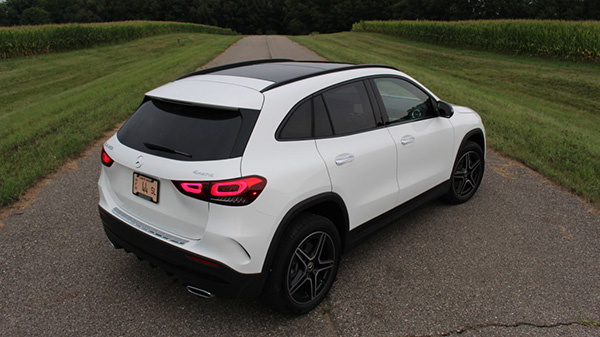 Thank the new MFA2 platform (modular front-wheel-drive architecture) for the utility gains. It’s now riding on the same front-drive-based underpinnings as the GLB, CLA and A-Class. Wheelbase went up, but overall length went down fractionally. Your powertrain options are similar to those other models we just mentioned, too. Our first taste of this new model is in the GLA 250, which is equipped with a 2.0-liter turbocharged four-cylinder that makes 221 horsepower and 258 pound-feet of torque. That’s up 13 horsepower, but it makes the same torque as before. You can get it in front-wheel-drive form or with 4Matic all-wheel-drive for $2,000 more. The front-driver goes from 0-60 mph in 6.8 seconds, and the 4Matic model does the sprint in 6.6 seconds. Top speed is 130 mph. It’s plenty quick for the entry-level powertrain. 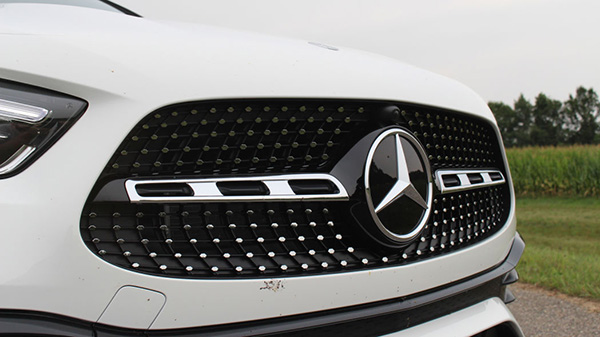 An AMG GLA 35 and an AMG GLA 45 will be offered eventually, but they’re not here yet. The GLA 35 bumps output to 302 horsepower, and the GLA 45 has a prodigious 382 horsepower from its hand-build four-cylinder engine. We know Mercedes also plans a GLB 35 and a GLB 45, but the GLA versions of these AMG cars will likely have a small edge in sportiness — the base GLA is about 250 pounds lighter than a base GLB. Stay tuned on drives for those upcoming models. 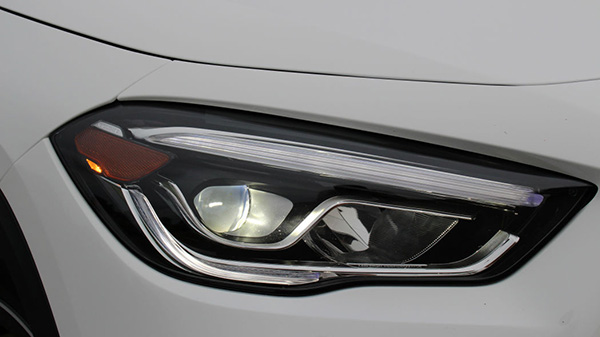 Similar to its platform mates, the new GLA adopts a wall of screens facing the driver and passenger. A pair of seven-inch displays are standard, but those can be upgraded to a pair of 10.25-inch units. The dash also features the brand’s flashy turbine-style air vents. Elements from more expensive Mercedes models — steering wheel, climate controls, touch pad controller and more are also present. The GLA interior is less elegant than a GLC-Class in design, but the perception of quality and Mercedes feel shines through. You may be sitting in a cheaper car, but you still feel like you’re getting the full Mercedes experience. That’s hugely important in this budget class of luxury vehicles, as car companies take shortcuts and make compromises when building to a price. 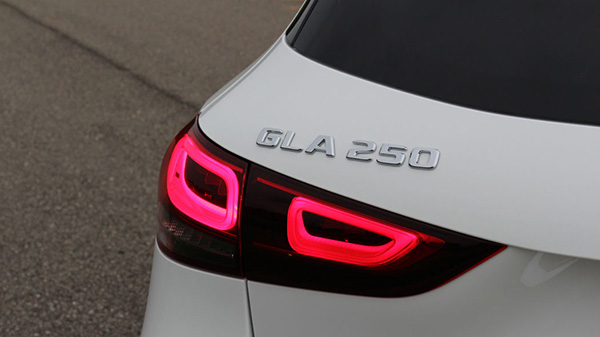 Mercedes didn’t revolutionize the exterior as much as it did the interior, though. It’s still 100 percent recognizable as a GLA outside, albeit one with rounded edges and less abrupt styling. The GLA has never had a lovable look, but this redesigned model is easier on the eyes. The shape is suggestive of a jelly bean with a flat face. It’s cute, but not overtly flashy. The latter can be changed by tacking on optional 20-inch wheels. Yes, there is a 20-inch wheel package for this tiny car. 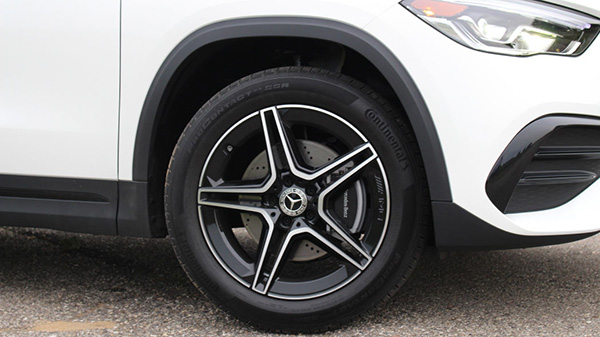 Mercedes does make good on its promise of the GLA being the sporty option. The car is more engaging and fun to drive than it looks. Our test example had the optional adaptive dampers with two levels of stiffness. Set to Sport mode, the GLA eagerly dives into corners and powers out of them in a competent manner. Body motions are kept in check, giving the GLA an agile, flickable nature that we like. There’s no forgetting its higher center of gravity versus a CLA sedan, but this crossover can be pushed far harder than most owners will try. The steering is properly weighted with just the right amount of heaviness, and the 70/30 (front/rear) torque split in Sport mode sends enough power rearward to keep the front tires from being overwhelmed under acceleration and suffering torque steer. 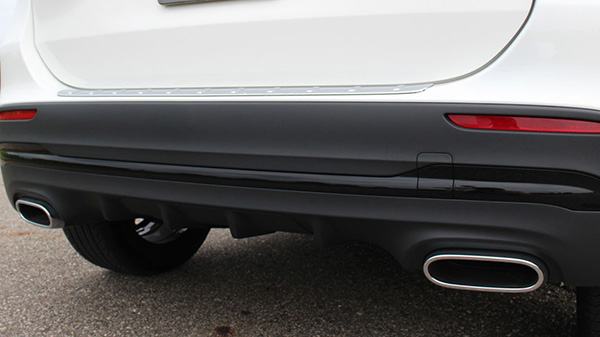 The GLA does not feel slow or lacking in power, either. The eight-speed dual-clutch automatic transmission has super-close ratios, so there’s never a dead zone where acceleration significantly drops off. Of course, we can expect the GLA 35 and GLA 45 to be much quicker and to offer a more riotous exhaust note than that of the bland-sounding GLA 250. 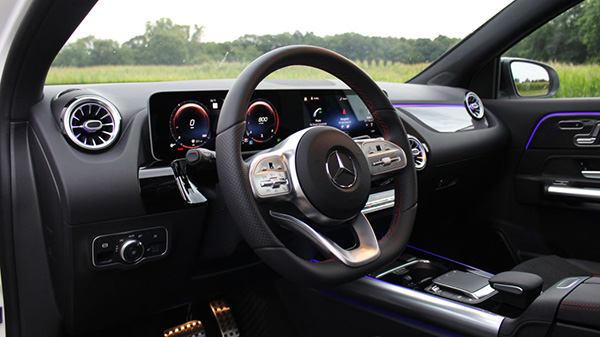 Ride quality isn’t S-Class- or E-Class-smooth on broken pavement, but the GLA 250 is more plush than its tiny form factor would suggest. The active suspension optimizes its firmness with the driving situation, playing a key role in this car’s adept ride characteristics. Poor city streets are dispatched without subjecting occupants to undue harshness, and highway frost heaves cause just the slightest of disturbances. The transmission rarely hiccups, but shifts are more noticeable with this dual-clutch than they are with a traditional automatic. Noise is the biggest complaint we have here. Road noise, wind noise and engine groaning is louder in the GLA than in other more expensive Mercedes, but that’s to be expected with the price point. It’s no deal-breaker, but don’t expect a whisper-quiet experience. 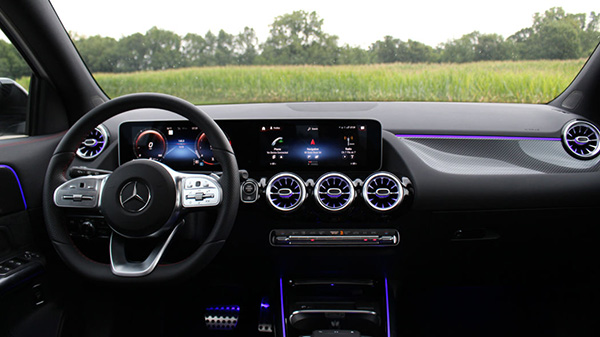 One way in which the GLA is equal to its more premium showroom friends is in tech. Mercedes hasn’t held anything back (even the trick ambient lighting), as the new GLA runs the latest MBUX infotainment system and offers all the advanced driver-assistance features. That means you can outfit the crossover with excellent adaptive cruise control, lane-centering and even automatic lane-change assist. The tech is just like what you’d find in the newest E-Class — it’s awesome there, and we’re glad to see it available on the GLA, too. 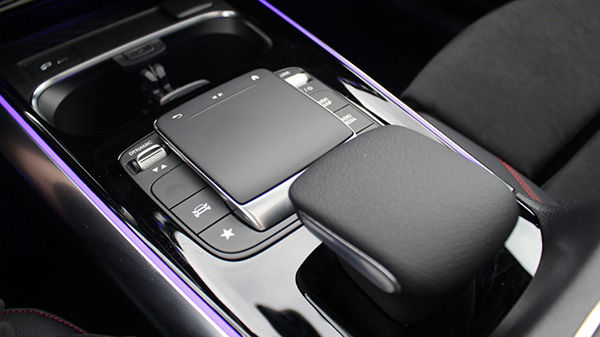 For the few that may venture off the beaten track in the GLA, Mercedes has designed a new “Off-Road Engineering Package” that comes standard on all-wheel-drive models. It adds an off-road mode that adapts the power delivery and ABS activation for easy driving on a trail. Additionally, there’s a downhill speed regulator that can keep your crawl speed down a steep slope in the 1–11 mph range. An animation on the infotainment screen displays the gradient and inclination angle while you’re in this setting. Ride height increased by 0.4 inch this year to 5.6 inches, which is still rather low. Don’t let the off-road mode fool you — the GLA is still an urban vehicle. 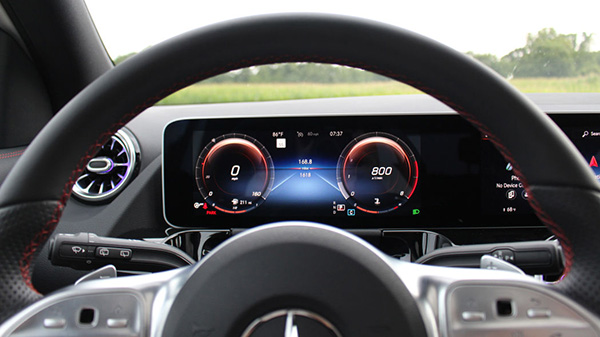 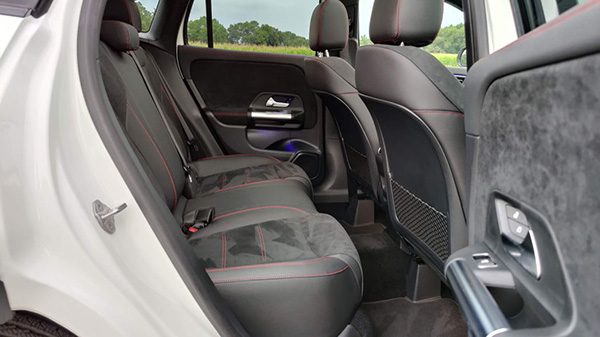 In base 250 trim, buying the GLA over the GLB is difficult to justify. The main reason we could see for going GLA now is because you like its design better than the GLB. However, we happen to prefer the GLB’s looks. The GLB looks like a mini G-Wagen, making it both cute and alluring. This GLA looks like a lifted hatchback, which is also semi-intriguing, but less so than the alternative. It’s still not normal in the sense that the BMW X1 is a normally shaped crossover, but being a little weird is par for the course in this class. The Range Rover Evoque, Lexus UX, BMW X2, Volvo XC40 and even the Jaguar E-Pace are all highly styled alternatives to the GLA. 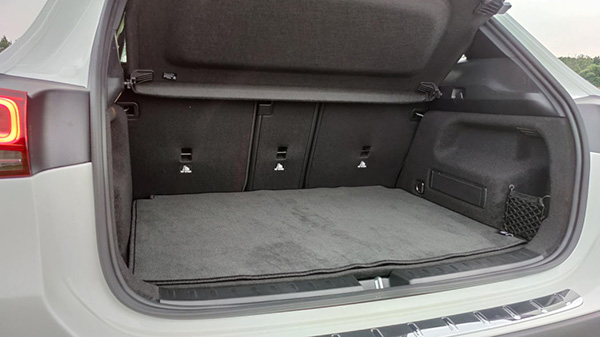 Mercedes puts the right foot forward in the tech arena, and the fact that it has the three-pointed star on the front means something to buyers at this price point, too. The GLA may still be the budget Mercedes crossover, but the in-cabin experience is closer to the more expensive alternatives than it’s ever been.