The new Mercedes-Benz GLA 250 e is a competent all-rounder that offers a decent range, predictable handling and a plush, tech-filled cabin – not to mention low emissions and favourable company car tax rates. But as the push towards full-electric gathers pace, this small SUV’s biggest competition comes from within. The all-new, pure-electric EQA, which is based on the same platform as the GLA, costs just a few hundred pounds more and will do more than 200 miles on a charge. This, more than anything, makes the GLA feel like a stepping stone; many buyers may find they’re better suited to the EV. 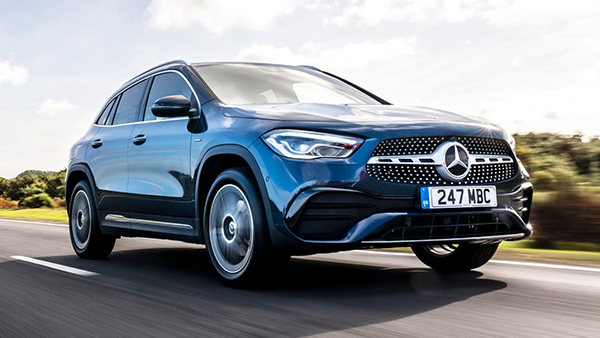 The original Mercedes GLA defined the term ‘crossover’. Based on the A-Class of the time, the brand gave its smallest model some SUV flavour with clever body cladding and a raised ride height. But it was flawed from the outset, with compromised packaging and an underwhelming driving experience.

The new model is much more SUV-like in its appearance. Based once again on the A-Class hatchback, it was launched last year with that car’s range of petrol and diesel engines. But, with the current push towards electric and hybrid technology showing no signs of slowing, it was only a matter of time before Mercedes added this plug-in GLA 250 e to the line-up. A pure-electric EQA has also been announced. 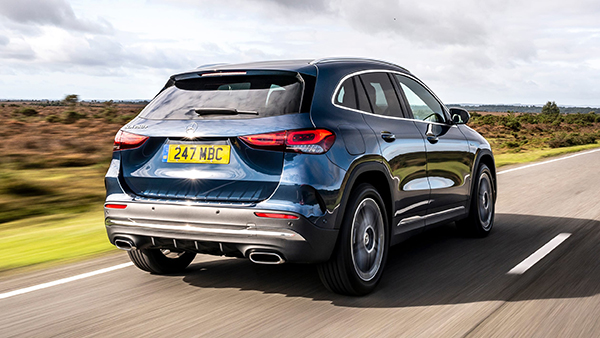 Like many plug-in hybrids, that’ll make the GLA a particularly appealing proposition for company car drivers. However, whereas the A 250 e manages more than 40 miles on electric power, therefore falling into the six per cent (seven per cent from April 2021) Benefit-in-Kind tax bracket, the GLA’s slightly less favourable numbers raise it one band to 10 per cent (11 per cent from April). 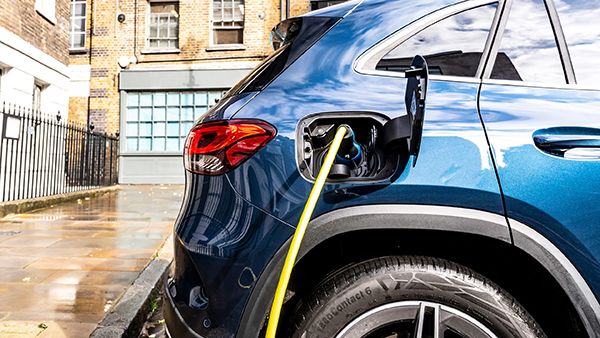 The plug-in GLA is currently only available in high-spec Exclusive Edition trim, bringing kit like smartphone integration with wireless charging, Apple CarPlay and Android Auto, as well as heated leather seats, 19-inch wheels, LED lights and AMG body styling. You can add the Premium pack for £1,500 (larger 10-inch instrument cluster, keyless entry and ambient lighting) or the Premium Plus pack at £3,000, featuring extras like multibeam headlights and a panoramic roof.

Those looking at the GLA should also take note that any of these extras will send the SUV’s list price north of the £40,000 road tax threshold. Tick a single box and you’ll be liable for an additional £325 per year for the first five years – a fee that most A-Class (and all EQA) buyers will avoid. 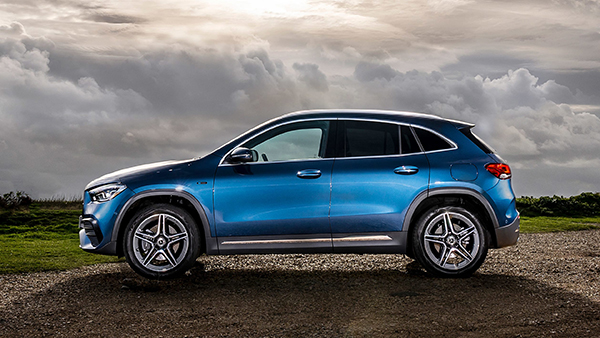 Still, if you have the means to charge your GLA regularly, you could quickly recoup those costs. The Merc’s relatively powerful on-board charger means you can top up the batteries to full in just an hour and 45 minutes using a 7kW wallbox – or five-and-a-half hours via a three-pin plug. Every car comes with cables for both home and public charging as standard.

On the road the GLA 250 e feels fast enough, and with the battery charged it’ll do a good job of prioritising electric power as its default. The switch between electric and petrol is smooth, too. 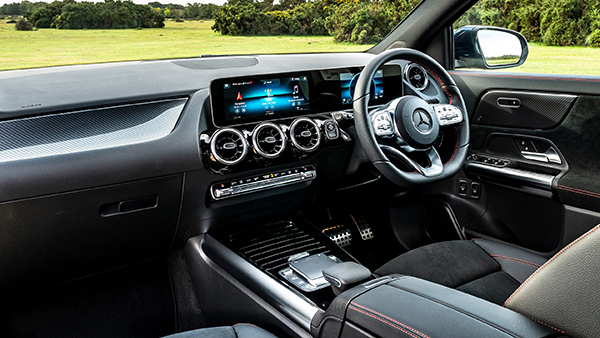 The engine will only really raise its voice when you ask for more performance, at which point the GLA feels much like the slightly taller A-Class that it is. There is perhaps a little more lean through faster changes of direction, but the SUV still handles neatly, with sufficient grip despite it being front rather than four-wheel drive.

Overall, then, the GLA 250 e behaves exactly as you’d want or expect it to. A BMW X1 xDrive25e is more fun, but the Mercedes is predictable and safe in the way it goes about its business. The steering is light but direct, the power delivery punchy and smooth, and the ride more than comfortable enough for the UK’s rough and pockmarked roads. 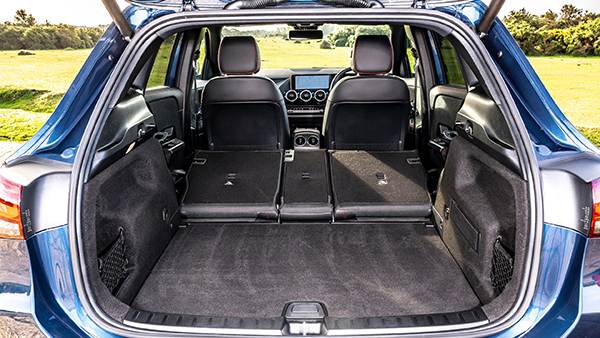 Elsewhere, the GLA’s tech-filled cabin is among the slickest and best-appointed in the class. As mentioned, you’ll need to add the Premium pack for the largest instrument cluster, but the way the steering wheel obscures the very edges means this isn’t an essential bit of kit. The infotainment system is logical and slick, plus the graphics are crystal clear.

Practicality does suffer slightly in the transition between petrol and plug-in, with the boot shrinking from 495 litres to 445 litres. It’s still a usable shape and size, but those wanting to carry the charging cables around might be less than impressed with the lack of under-floor storage. Space in the back is par for the course, with enough room for most adults to get comfortable.