Mercedes-Benz customers will be able to own an electric G-Class in the “next few years”, according to Mercedes-Benz Cars CEO and Daimler AG Chairman, Ola Källenius. 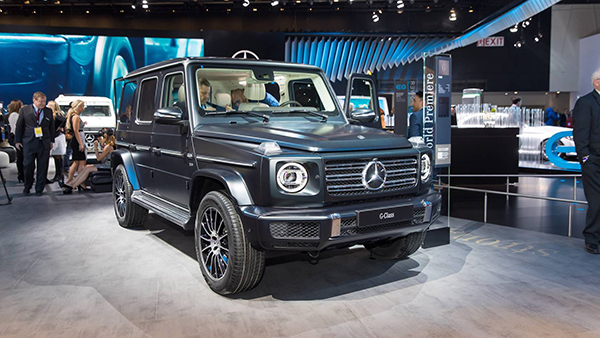 In terms of pop culture, the Mercedes-Benz G-Class has got to be one of the most iconic SUVs, usually shown as the go-to car for bad guys, mobsters, or rich, powerful individuals with a lot of money to burn. Okay, so maybe it’s just an image thing, but there’s something definitely imposing about the classic boxy shape, huge wheels, and if you happen to have the AMG version, the burbles and power from a high-displacement turbocharged engine. Get it in matte black and it’s clear why it has such a reputation. But what if you could have the looks and machismo without the guilt of emissions? Would that be something that a bond villain would go for?

Probably not, but for those who are looking for a more environmentally version of their favorite bad guy SUV won’t have to wait too long, as Mercedes-Benz has announced that initial sketches and concept work have begun on the EV version of the G-Class. In lieu of the canceled Geneva Motor Show, CarAdvice spoke to Mercedes-Benz Cars CEO and Daimler AG Chairman, Ola Källenius recently over the phone.”The G-Wagen transcends all segments and almost the logic of the car industry, it’s like it is its own company you could say,” the Mercedes-Benz Cars boss said. “Yes, the G is going to go electric, we have kicked off the concept work for this, so in a few years you’ll be able to go electric with the G as well.” The news comes only a few months after the Daimler boss announced that an EV G-Class was on the way.

2019 saw an increase of global sales of the G-Class by an impressive 60 percent (almost 35,000 units), shattering the 2017 record of almost 22,000. These sales figures go against the notion that there were talks about discontinuing the G-Class, a vehicle that’s been around since 1979. “We have made a very clear decision – as a general mental flicking of the switch – that modern luxury is going to be sustainable,” Mr. Källenius said.