Vossen breathes new life into an old G with custom wheels and then takes it off-road and literally off the road.

Off-roading in a 2-Door G Wagon on Vossen Wheels

From an opulent Landaulet to a 6×6 off-road brute, from high-powered AMG V8 and V12 to a jacked-up G500 4×42, the previous-generation Mercedes G-Class came in a wide array of versions. Another derivative was the three-door body style, which is unlikely to return since three-door SUVs have fallen out of favor. Vossen is now reminding us of the unpractical G courtesy of a new video highlighting the custom wheels. 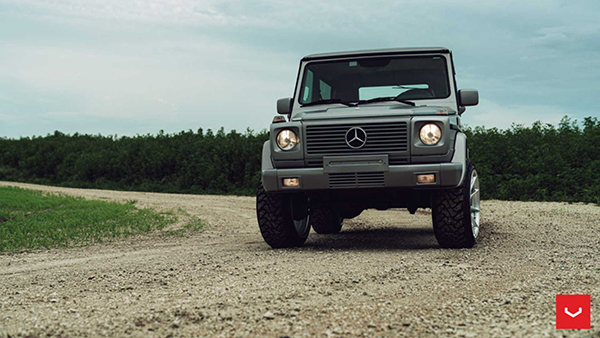 Riding on the HF-3 wheel set from Vossen’s Hybrid Forged Series, the three-door G-Class doesn’t mind getting a bit dirty while tackling the muddy terrain before getting some serious air time. Seeing this version of the venerable G in the United States is an occasion considering how rare these are on our shores. 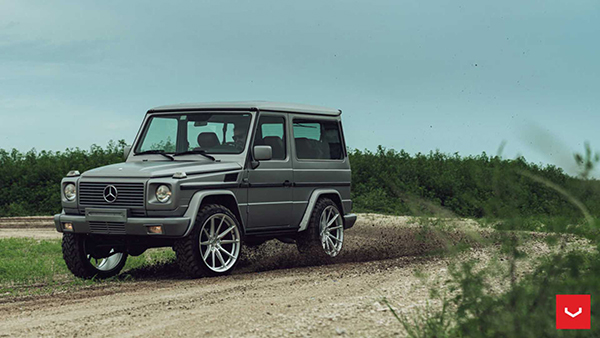 In regards to the wheels, pricing begins from $549 per wheel and you get to pick from a multitude of finishes, including a glitzy gloss gold look. The ones fitted to the G-Wagen have a less flashy polished silver appearance and measure 22 inches, including the rear-mounted spare wheel. Alternatively, customers can go as small as 19 inches or as big as 24 inches. 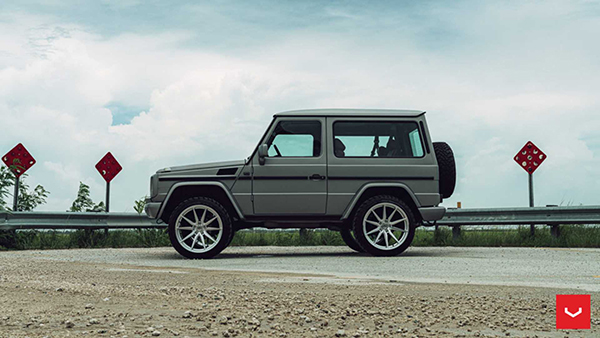 While the original G in its military application was intended to be a go-anywhere vehicle, its modern equivalent hardly ever leaves the tarmac despite retaining the off-road chops. That’s not stopping Mercedes from further bolstering the vehicle’s all-conquering capabilities as spy shots have revealed a new 4×42 is in the works. 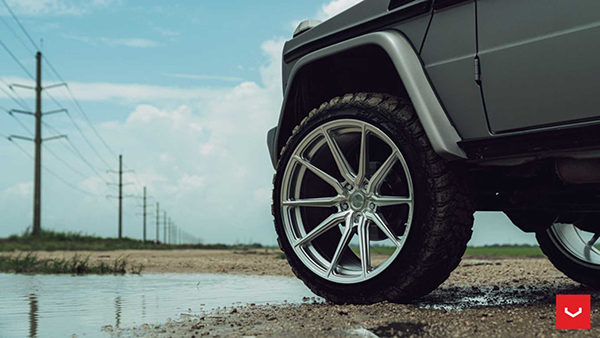 The G-Class has a bright future up ahead taking into account a fully electric version is due later this decade. While the V12-powered AMG G65 is not returning, Brabus has found a way to cram the twin-turbo 6.0-liter inside the new model’s engine bay, complete with 888 horsepower. Speaking of the Bottrop-based tuner, it has also released a pickup truck version to make sure it’s covering all the bases. 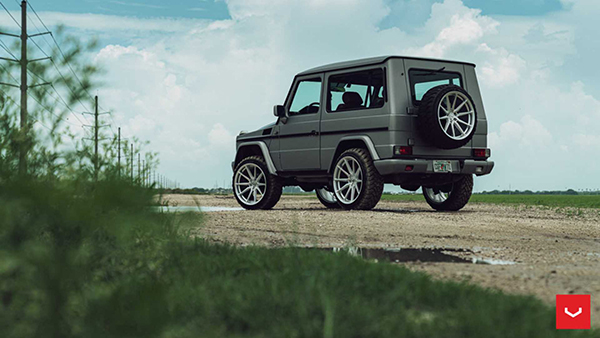 We won’t be too surprised if Brabus or another tuner will get rid of the rear doors and bring back this quirky and less family-friendly body style.