Mercedes-Benz G-Class is a polarizing vehicle, seen by some as the ultimate expression of opulence and by others as a capable and comfortable off-roader. Whichever side of the debate you fall on, there’s a new one coming. We know this because we’ve spotted prototypes of a facelifted G-Class being tested in the cold, but despite photographic evidence of a new G, it seemed that the boxy SUV would be out of our reach until at least 2024. That’s because MBPassion Blog published a report last month claiming that a freeze order was placed on the model. Thankfully, however, we can now confirm that Mercedes has paused orders for the G-Class in Europe but it still accepting orders in the US of A. 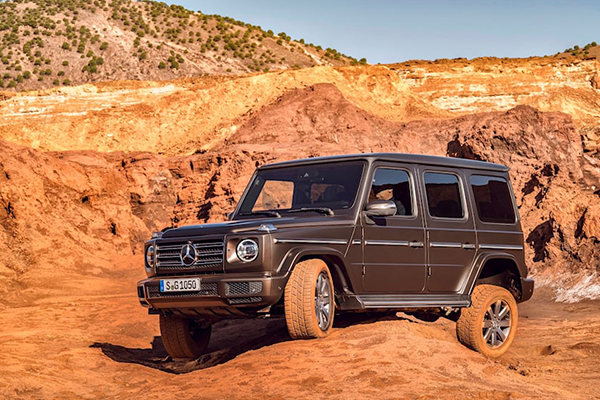 According to CarScoops, a source at Mercedes has confirmed that some buyers of the G-Class may have to wait until the first quarter of 2025 for delivery, but when the publication reached out to Mercedes-Benz USA, the response was that “dealer ordering banks are still open for the G-Class.” This contradictory info prompted CarScoops to reach out to Mercedes in Europe, but no response has yet been received.

Essentially, it seems that European buyers are stuck with long wait times but that the US market can still expect reasonable delivery times. CarScoops further reports that its source in the Netherlands claims orders will reopen sometime between March and May and that “they were halted because the automaker is altering the packages available with the G-Class.”

This information is welcome, as the initial report suggesting the G-Class would be inaccessible until 2024 did not give a reason for the freeze order. Prior to this report, we had no reason to think that the G-Class would be killed off in the US, and now we feel even more confident that it’s not going anywhere. Hopefully, Mercedes-Benz will officially announce the reason for the stop order in Europe and provide more clarity on what the US market’s situation is. Until then, posts on various forums have reported that the G-Class is dropping in price at various dealers, suggesting that our market won’t be facing G-Class supply issues and that the “bubble” is bursting as the new model draws closer.