Mercedes-Maybach G 650 Landaulet was the very first SUV to wear the Maybach badge and one of the boldest, most insane G Wagens ever made, due to its unrivaled luxury and impressive all-terrain capabilities.

Built on the same chassis used in the Mercedes-Benz G 63 6X6, the Mercedes-Maybach G 650 Landaulet borrows the suspension and portal axles from the 4X4 Squared.

The wheelbase is elongated by 22.8 inches (58 cm) compared to that of a standard G Wagen, and the model rides on 22-inch Landaulet-branded wheels wrapped in huge 325/55R-22 tires. It also boasts 17.7 inches (450 mm) of ground clearance, and all these features make it a rock-crawling beast. Not to mention it is capable of safely getting through 39.37 inches (1,000 mm) of water. 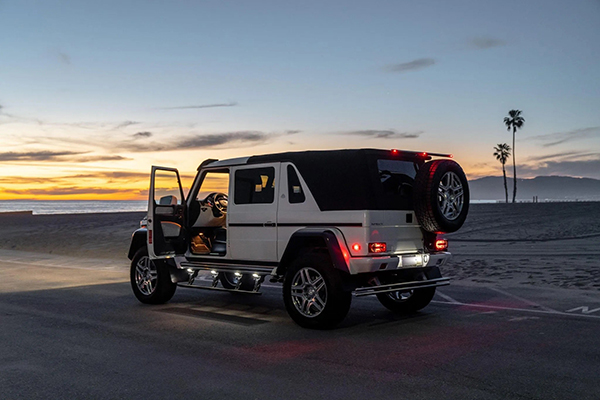 Only 99 units were ever built, so the Landaulet is also one of the rarest G Wagens ever. None of those 99 Landaulets was officially sent to the United States, but several units were later imported. Such is this 2018 Mercedes-Maybach G 650 Landaulet that’s come up for sale on Bring a Trailer. It arrived in the U.S. in 2019, and the current owner purchased it in 2021.

Although this example is no longer brand-new, it is offered in impeccable condition, given that it was driven for just 234 miles (376 kilometers).

Power comes from a twin-turbocharged 6.0-liter V12 engine, capable of delivering 621 horsepower (630 ps) and 738 lb-ft of torque (1,000 Nm) to all four wheels through a seven-speed automatic transmission. 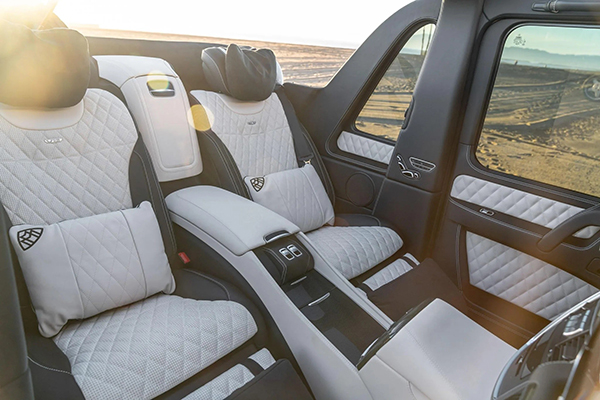 The exterior of this lush off-roader is finished in Designo Mystic White 2, while the interior features Designo black and white leather upholstery. Other features include a black battery-operated rear soft-top, carbon-fiber trim, power-deploying side steps, and a fold-down tailgate.

The level of luxury inside the Mercedes-Maybach G 650 Landaulet is just mind-blowing, with plenty of tech, power-adjustable massaging seats that are heated and ventilated, a rear-seat entertainment system, dual-zone automatic climate control, and heated and cooled cup holders, among others.

The listing on Bring a Trailer mentions that this Mercedes-Maybach G 650 Landaulet was brought into the United States under an approved “show or display” exemption, meaning it is limited to 2,500 miles per year. The current highest offer is $503,000, with seven days left to bid.