Mercedes-Benz cleverly managed to retain the boxy style and charm of the original G-Class when it introduced the all-new SUV almost five years ago and judging by these spy shots of the facelifted model it’s not about to mess with that philosophy. 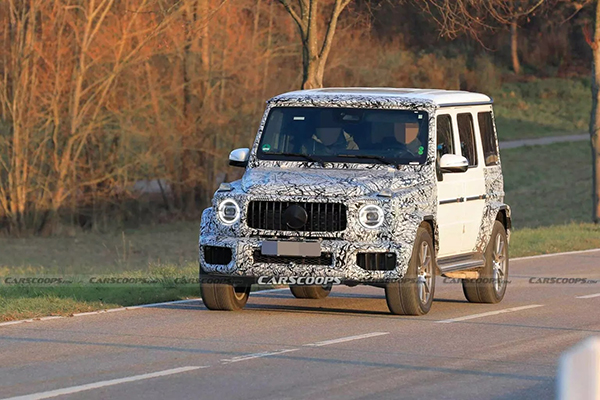 Our spy photographers spotted both the regular G-Class and the high-performance G63 testing, and both are sticking firmly to their square guns while delivering tiny detail changes to help buyers tell the old and new cars apart.

Those changes include new bumper air intakes, which on the G63 are now filled with vertical fins to match the direction of the grille bars, rather than horizontal, as they are on the current car. The non-AMG version snapped in the underground parking lot looks like it could be in line for a more comprehensive styling refresh that might extend to a new grille, though with all that disguise in place we can’t be sure. 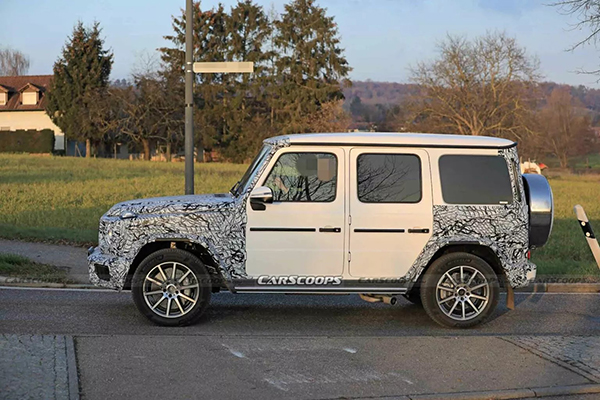 Another detail our eagle-eyed spy snapper noticed was the repositioned reversing camera, which moves to the rear bumper, while we were intrigued by the side-exit exhaust on one of the test cars. One prototype was clearly an AMG G63, something made clear by its drilled brake discs, AMG front end, and the twin-exhaust exiting in front of the rear wheel. But another car wearing the AMG nose and fitted with drilled rotors only had a single exhaust visible ahead of the rear wheel making us wonder if AMG is adding another performance model below the G63.

Equally intriguing is what Mercedes has in store for us inside the revised G-Class. We weren’t expecting huge changes beyond revisions to the MBUX infotainment system, which are likely to include junking the console-mounted trackpad, but given how much effort the engineers have gone to hide the dashboard from our prying eyes, it seems we could also be looking at new air vents and switchgear. 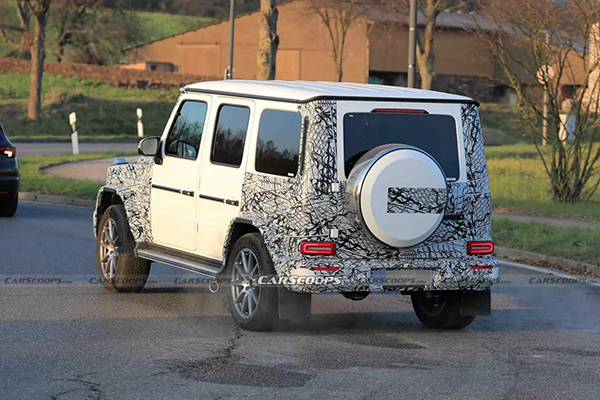 Mercedes hasn’t detailed a timeframe for the new G-class launch, but the all-new 2019 car was unveiled at the North American International Auto Show in Detroit in January 2018, so a spring 2023 debut seems very likely.

Gasoline V8 and six-cylinder diesel powertrains are likely to be offered again, and this is one AMG that won’t be downsizing to a four-cylinder hybrid anytime soon. But that doesn’t mean the G-Class is ignoring the electrification trend: the all-electric EQG is also set for launch in 2023.