Launched at the Geneva Motor Show in spring 2017, the model built in a limited series of just 99 Mercedes-Maybach G 650 Landaulet models costs 749,900 euro including VAT. 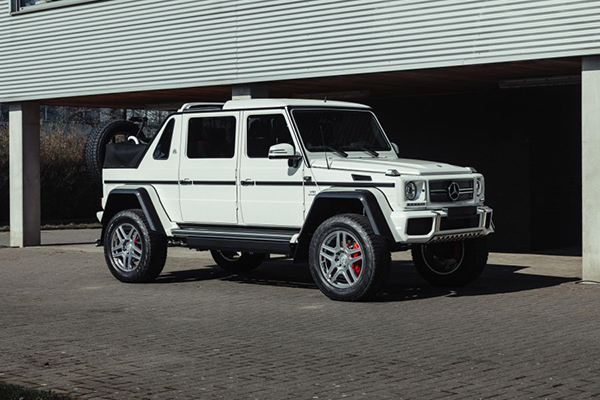 It seems that despite its exclusive nature, the Mercedes-Maybach G 650 Landaulet is not yet a very desirable object among collectors as the example offered for sale at Bonhams auction is estimated to be priced between 550,000 and 750,000 euros plus VAT. 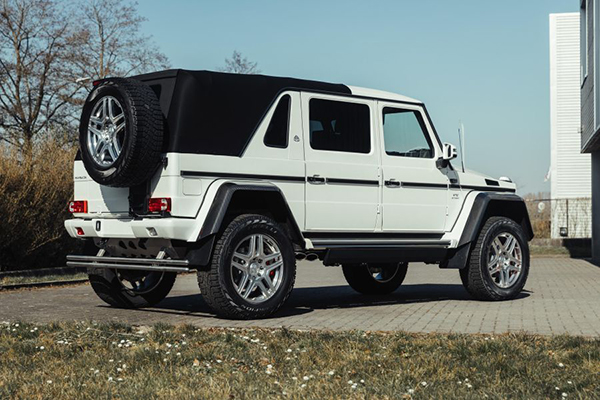 The model offered for sale at Bonhams auction was bought by a customer in Belgium and registered in 2018, but it was immediately deregistered and has only 70 km on board being almost new.

The Mercedes-Maybach G 650 Landaulet is powered by a 6-litre V12 engine developing 630 HP and 1000 Nm. It is based on the G-Class with portal axles, which gives it a ground clearance of 450 mm. 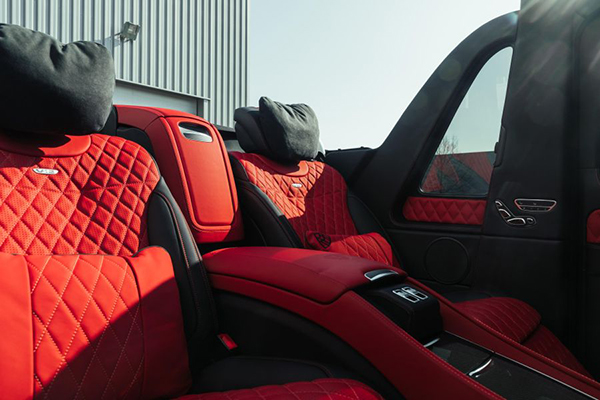 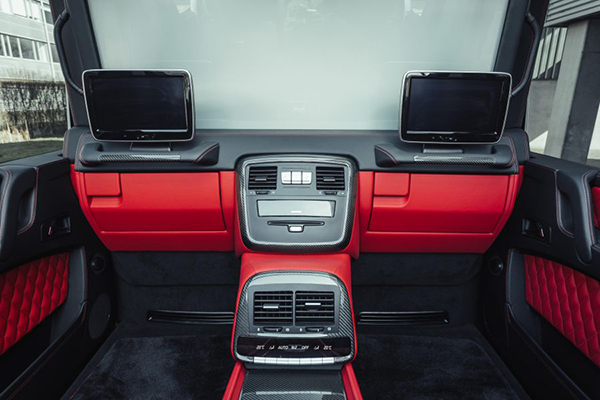 The control elements for opening or closing the partition wall are integrated behind the cup holders. Two folding tables with leather inserts serve as writing pads or storage for tablets. In the style of the dashboard front, there is the “G-Cockpit” behind. There are the three buttons with which the interior lighting as well as the convertible top can be operated. Furthermore, there are two glove compartments in the G-Cockpit as well as the G-typical grips.