What’s your favorite take on the modern-day (or the old one for that matter) Mercedes G-Wagen? Is it the six-wheel drive perhaps? Well, as hot as that one may be, it kind of pales in comparison with the one depicted in this digital illustration. 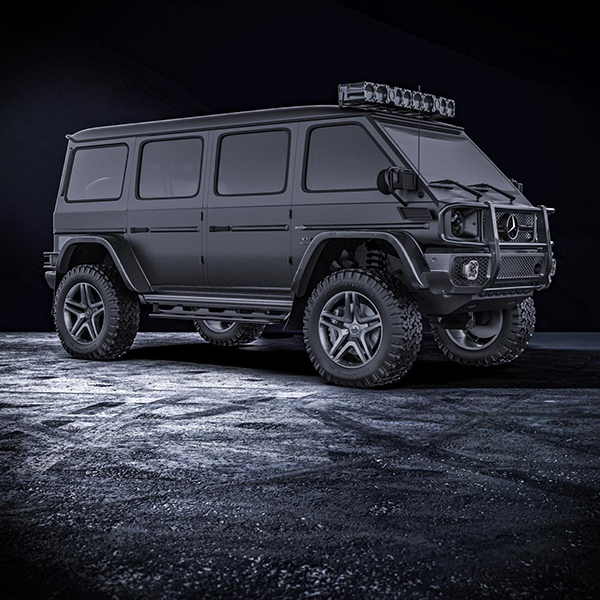 That’s right, a cab-forward Mercedes G-Class doesn’t actually exist in the real world, and this one has samirscustoms, as the rendering artist is known as on Instagram, behind it.

Save for the headlamps, grille, and boxy overall appearance, it doesn’t have anything more in common with the Stuttgart brand’s off-roader. The pixel manipulator imagined it with fender flares, new suspension, chunky rubber wrapped around the familiar-looking wheels, bulbar up front, and a few other bits and bobs, and the result is dramatic, in a very good way.

Turning the G-Class into a cab-forward off-road van, or a ‘forward control’ vehicle as this body style was also known, is easier said than done. For one, you’d have to sacrifice a perfectly fine G-Wagen in order to do that, and maybe source a commercial truck from the mid-1900s, and mix some of its features with those of the Mercedes. Factor in adapting the oily bits, and handcrafting lots of other things, including most body panels, and you have a project that would simply bankrupt most people, before giving them many sleepless nights.

Cab-forward off-road vans with styling inspired by modern-day off-roaders are becoming a thing in fantasy land. In fact, we covered another one earlier this month, which had a very Ford Bronco-ish flair. Overall, it looked about the same, sporting very short front and rear overhangs, a long roofline, and jacked-up styling, as well as a few other things, and you can check it out here, if you missed it, after scrolling back up to take a closer look at what can only be called the G-Van.