Vintage car aficionado Devin Booker shows he knows how to pick a good modern SUV. For his mother’s birthday, the basketball player picked a Mercedes-Benz G 550 and gave it to his mom with a red bow on the hood. 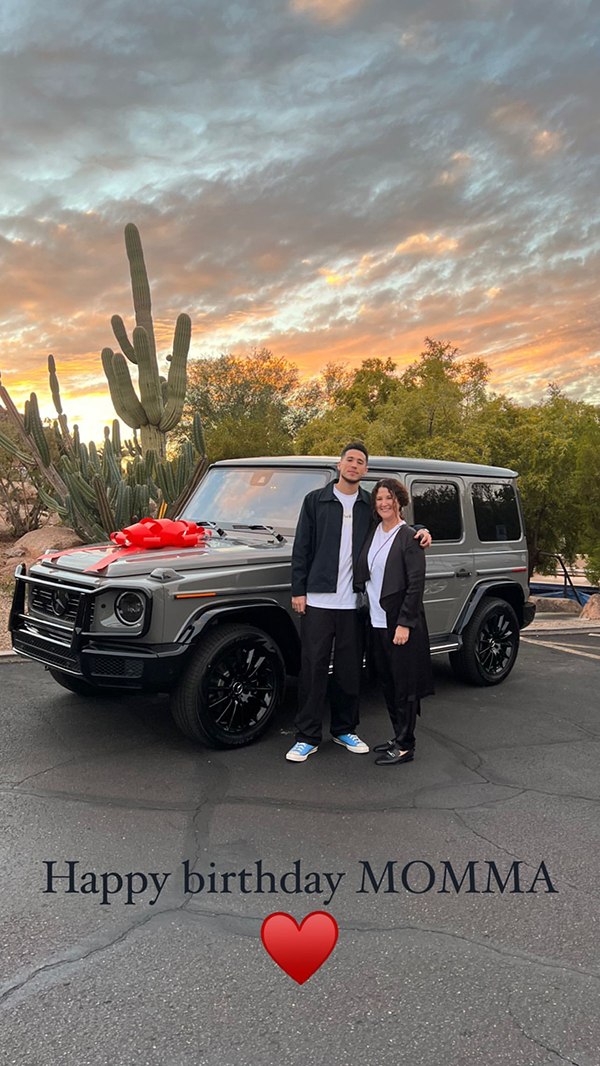 Devin Booker spends a lot of money on his cars. The 25-year-old basketball player, who is currently with the Phoenix Suns in the NBA, has a net worth of $2 million and a growing car collection. In his garage, there are models ranging from the ‘50s to the ‘90s, including a couple of Impalas or a GNX. He’s also the son of former basketball Melvin Booker.

Besides owning Chevrolets and Buicks, Booker shows he knows how to pick a good SUV. His mother, Veronica Gutierrez, has just celebrated her birthday, and the NBA star wanted to make sure she knows he appreciates her. So, he surprised her with a Mercedes-Benz G 550. Naturally, he also shared the news on social media, which showed the SUV, which seems to come in the color G manufaktur Sintered Bronze Magno (matte). Of course, the NBA star couldn’t have missed the opportunity to make a grand gesture and also placed a big, red bow on the hood, and you can see the pictures in our gallery.

When he’s not driving one of his vintage vehicles, Devin Booker also spends time in his girlfriend, Kendall Jenner’s cars. Known for her passion for vehicles, just like the rest of her famous family, Kendall’s collection varies from modern to vintage and includes a Ferrari SF90 Stradale but also a Chevrolet C10 pickup truck.