Someone happily paid $1,170,000 for this 2014 Mercedes-Benz G63 AMG 6×6 that’s been properly tuned by Brabus who turned it into the incredible machine that is the B63S-700. Surprisingly enough, it got cheaper since the last time it went on sale. Somehow it dropped $180,000 in value. Here’s what might be the reason for that. 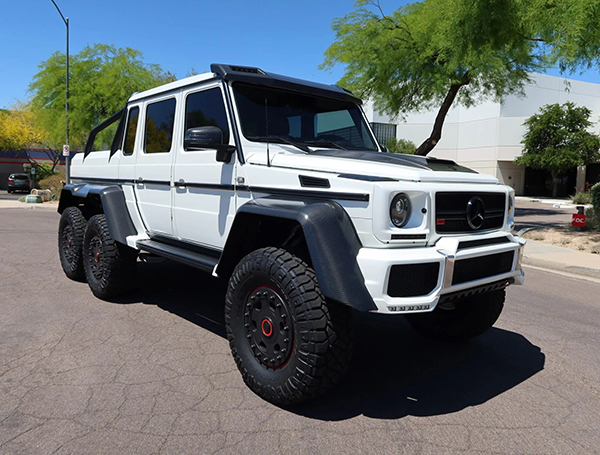 Almost everybody loves the G Class or G-wagen (short for Gelandewagen). It’s a car that looks rugged and it has been designed in such a way that it will take a lot of off-road abuse while keeping you cocooned in the typical Mercedes-Benz comfort. Business owners especially like to buy these cars because they qualify for Section 179 of the Tax Code. Being a lot heavier than 6,000 lb (2,700 kilograms) means you could write it off entirely in the first year through accelerated depreciation.

But this 2014 Mercedes-Benz G63 AMG 6×6 Brabus B63S-700 is in a league of its own! The vehicle sports a 5.5-liter turbocharged V8, triple portal axles, five electronic differentials, a tire inflation system, and 18-inch Beadlock wheels – which may or may not be legal for on-road use because they might favor a blow-out. Only 100 were made under a contract manufacturing deal made between Mercedes-Benz and Austria’s Magna Steyr. The truck was then modified by Brabus. The tuning house introduced the engine upgrade, more carbon fiber, LED lighting, and very nice-looking leather. 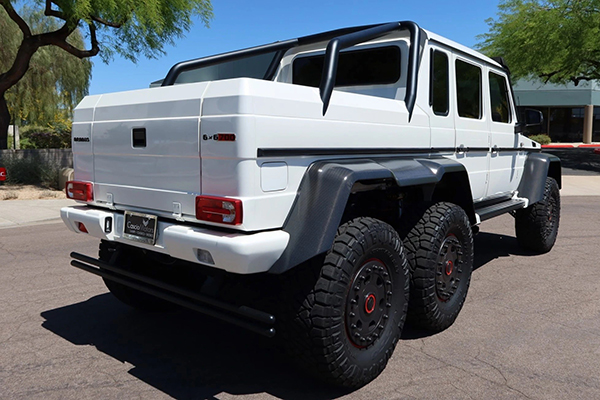 To get all this and even more someone paid the necessary money and wonn the no-reserve auction. But they can drive it only for 2,500 miles every year. Potential buyers have been informed beforehand the car has been imported into the U.S. under the “Show or Display” rule which establishes some strict limitations.

Besides restricting the number of miles that can be driven within a year, the owner must also make the vehicle available for inspection by the NHTSA until it is older than 25 years and they must wait for an extra approval when it comes to transferring ownership. The buyer will also have to apply again for the “Show or Display” exemption. 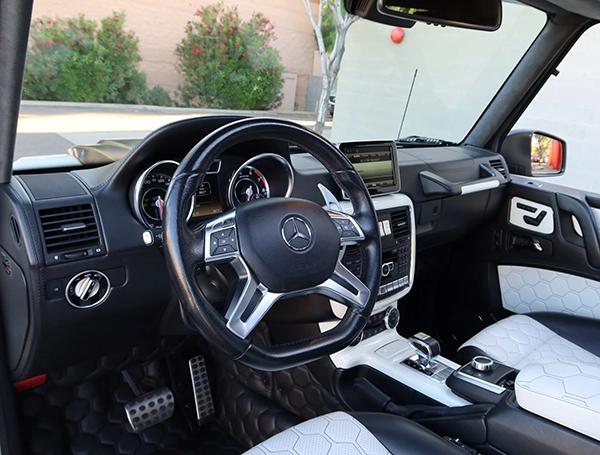 This particular vehicle has been modified by G&K Automotive from California in 2014 to abide by the road safety standards in the U.S.

The Mercedes-Benz truck is considered a “hot potato” by some auction watchers, since it exchanged four owners in the past six months, while others consider the cheaper price “a steal.” We’ll have to wait and see if it returns yet again in a couple of months.