Just like any other singer, Lunay wanted to join the cool club by showing off his rides, a Mercedes-AMG G 63 and a Lamborghini Urus. He did so by playfully hopping on the G 63’s bull bar for the photo shoot. 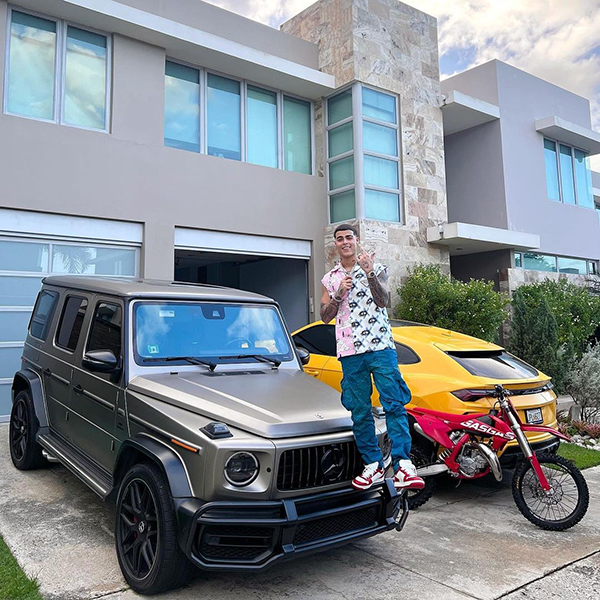 Puerto Rican singer Jefnier Osorio Moreno, better known by his stage name as Lunay, rose to fame in 2017 with his songs “A Solas,” and “Soltera,” and collaborated with several famous names in the industry. At 21 years old, he can pride himself on a $4 million net worth, which is no small feat.

So, naturally, he should be as proud as he can of his achievements. And he showed his pride flaunting his two vehicles on social media. 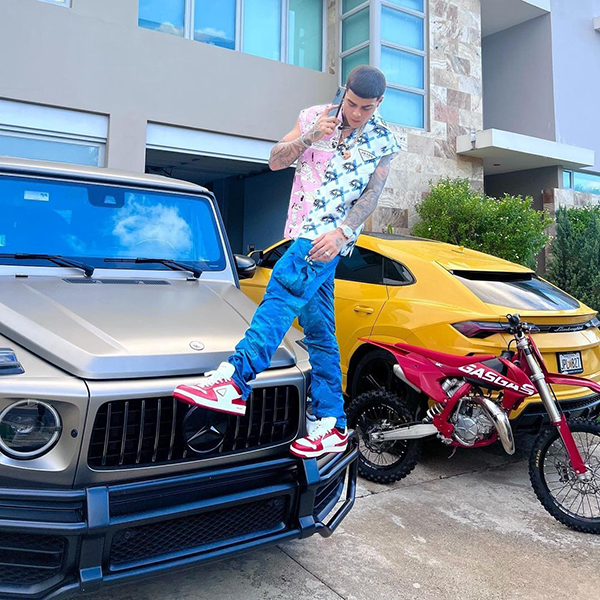 In the photo set captioned: “A little crazy, but happy,” the Puerto Rican stands on the bull bar of his Mercedes-AMG G 63, parked right next to a Lamborghini Urus and a GasGas bike which seems to be the EC 300 model.

Both vehicles offer the utmost level of performance and they’re among the top choices for celebrities and athletes, alongside the Rolls-Royce Cullinan. His G 63 comes with a bronze exterior paint, while his Urus is Giallo Auge (that would be Yellow Boom in English). 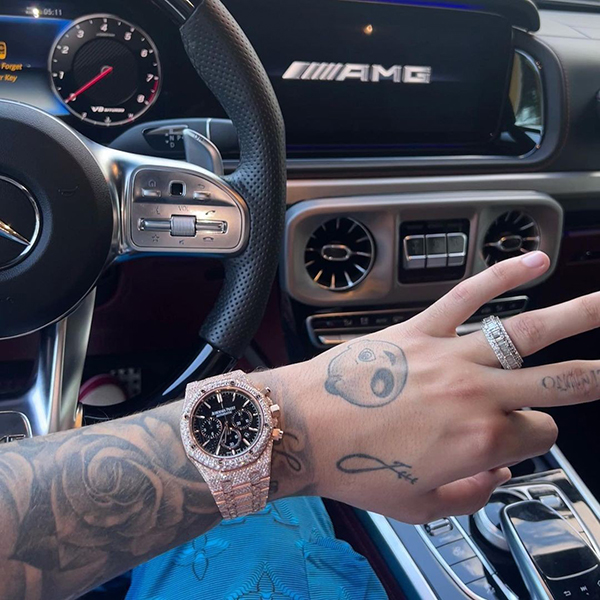 When it comes to the Urus, introduced as Lamborghini’s first modern SUV in 2018, it sports a 4.0-liter V8 engine under the hood, sending power to all wheels via an eight-speed automatic transmission and delivering 641 horsepower (650 ps) at 6,000 rpm and a maximum torque of 627 lb-ft (850 Nm). 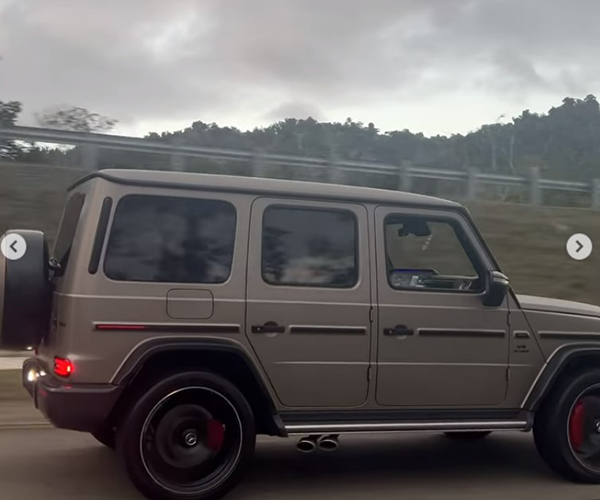 At only 21 years old, you gotta admit that Lunay has a pretty good starting point for his car collection. But, in the future, he could try not to climb on the bull bar of the off-roader.