For a car that costs a lot of money, it literally feels like there is a brand-new Mercedes-AMG G 63 on almost every street corner in the Western world. And with so many of them cruising the roads of most countries, it’s no wonder that some owners decided to make theirs a bit more special. 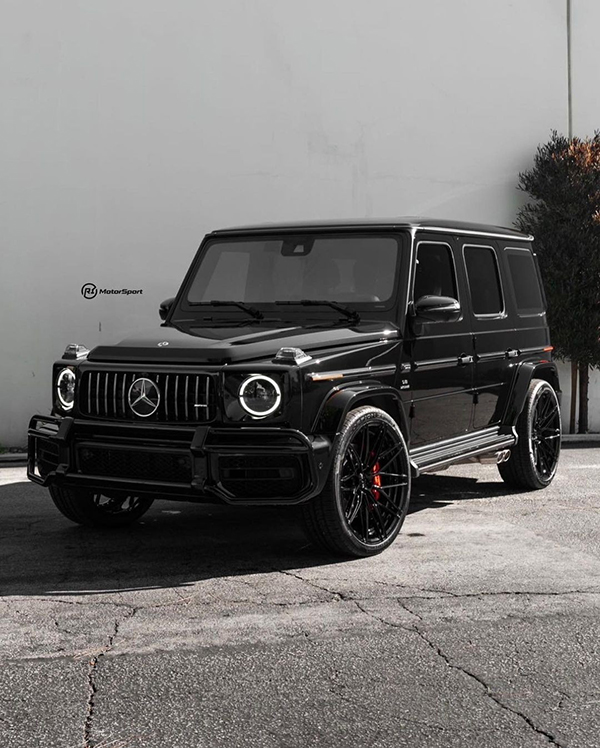 As a result, we now have monstrosities from tuners such as Mansory, which sport beefed-up body kits and lots more add-ons. Some copies have been upgraded in order to improve their off-roading credentials, though these are probably rarer than a G-Wagen with rear coach doors, as the majority sport at least new wheels.

The pictured example rides on the D009 set made by AL13 Wheels. The alloys are available in sizes varying between 18 and 24 inches, with respective widths of 8 to 13 inches, and they have a Y-spoke pattern and dedicated center caps. Made of aerospace grade 6061 T6 forged aluminum, the three-piece set is available in a whole bunch of finishes, and with different concavities too. In terms of pricing, you are looking at a minimum of $2,450 for each wheel in the smallest offering, and at least $3,350 for the largest ones. 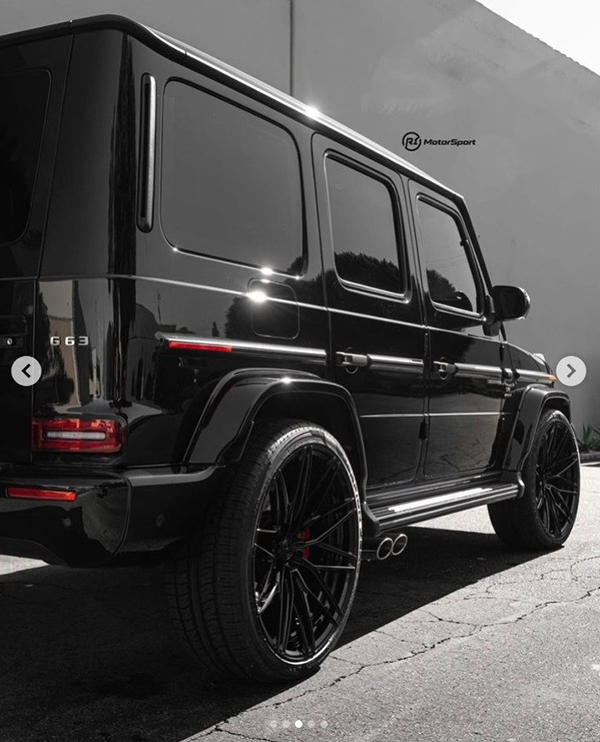 We wouldn’t call it a murdered-out design, because there are still some parts that sport a shiny look, as well as red brake calipers hugging the discs, but it is very close to it. The black paint was applied to all body panels and is slightly contrasted by the chrome accents at the front, sides, and rear, which mostly revolve around the trim, side skirts, exhaust tips, and logos.

This bad 4×4 sports privacy windows all around, and it has a bulbar attached to the front bumper too. In this configuration, it looks rather elegant, with a touch of sportiness, and it seems ready to take its occupants to a fancy dinner party and stop at the local racetrack on the way back, because it is still immensely powerful. 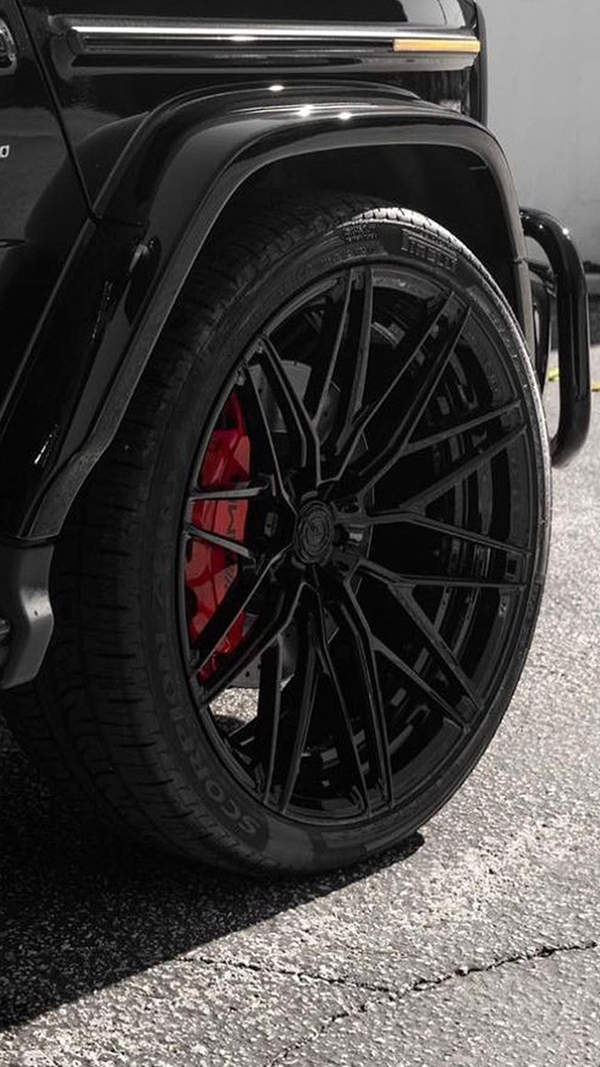 Mind you, its corner-tackling ability isn’t anywhere close to that of the Lamborghini Urus, which almost defies the laws of physics for what a high-rider can do, especially one that shares its nuts and bolts with the Volkswagen Touareg, but it still has enough grunt to make it a pure adrenalin shot on wheels. Its twin-turbo 4.0-liter V8 develops 577 hp (585 ps/430 kW) and 627 lb-ft (850 Nm) of torque, and it allows it to hit 60 mph (97 kph) from naught in 4.5 seconds, en route to a top speed of 137 mph (220 kph).

Before wrapping it up, we’ve got to mention another G 63, which is just about as elegant as this black copy. We wrote about it and its beautiful dark green body earlier this week, and if you missed it, then you can check it out here.