As one of the top 3 highest-paid athletes in 2021, you would expect Cristiano Ronaldo to show off some new “toy” every other month, or at least show his fans more of his existing collection. However, that’s not the case for the famous football player. 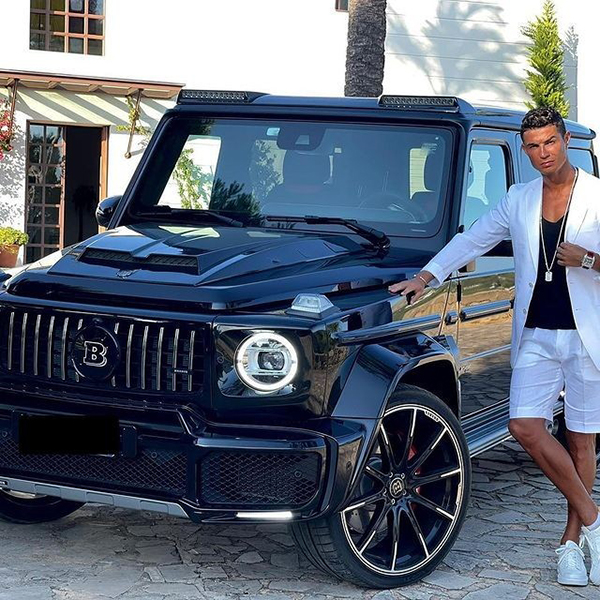 If others, like Conor McGgregor, usually feature their favorite cars, boats and planes in most of their social media posts, Ronaldo prefers to keep things for himself. This is why getting a glimpse of his custom Brabus G-wagon is a rare treat. Before the Series A season kicks off, Ronaldo took a rare photo next to his precious Brabus, which he received as a birthday gift in February, last year.

Even at the time, when Ronaldo turned 35, he didn’t want to make a big fuss about it, and it was his girlfriend, Georgina Rodriguez, who captured the moment on social media, as she surprised the birthday boy with a fierce-looking, custom Mercedes G-Class Brabus SUV. It was even wrapped up in the traditional red bow, although that’s not a good look for a self-respecting Brabus, if you ask us.

As usual, the sports star didn’t reveal any other details about the precious gift, so it was only assumed, back then, that it was the GV12. One of Brabus’ limited editions, the GV12 was unveiled at the Geneva Motor Show in 2019. The G 63’s 4.0-liter V8 was replaced by a V12 from the Mercedes-Benz S600 L, and several modifications were brought to the SUV’s build and performance. This impressive beast had a maximum speed of 174 mph (280 kph) and could get to 62 mph (100 kph) in just 3.8 seconds.

In any case, the 900 HP GV12 “One of Ten” has been rarely shown off on the football player’s social media platforms, where Ronaldo prefers to show pictures of his family and vacation moments – too bad for the luxury car enthusiasts out there.