The era of electric Mercedes-AMGs has arrived as the company has already introduced high-performance versions of the EQE and EQS. 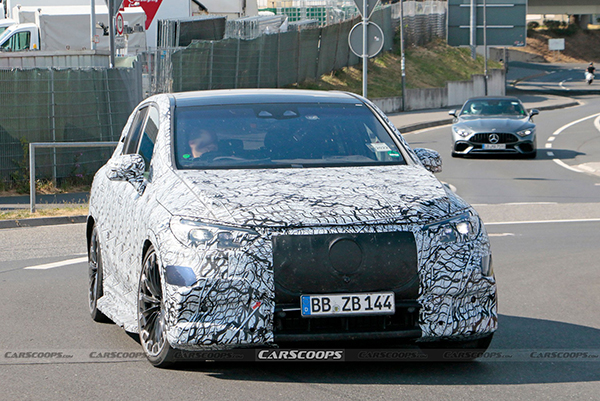 Now attention is turning to electric crossovers and spy photographers have snapped the upcoming EQE SUV 53 near the Nürburgring.

Dressed in heavy camouflage, the model follows in the footsteps of the larger EQS SUV and features a fully enclosed grille that flows into sweptback headlights. Further below, we can see the outline of aggressive intakes.

While the camouflage hides a number of details, there’s no disguising the prominent side skirts and aerodynamically optimized wheels that feature a two-tone appearance. The latter are backed up by a beefy braking system as one would expect on an AMG variant.

There isn’t much else to see, but the crossover has flush-mounted door handles, a sloping roof, and a low ride height. We can also get a glimpse of the taillights, which are presumably connected by a thin illuminated stripe. 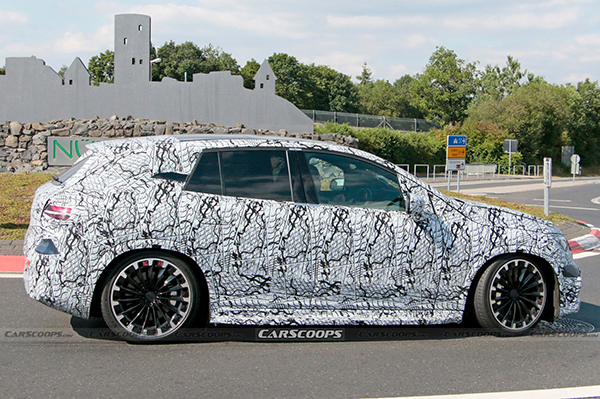 Spy photographers didn’t get a look inside, but the cabin should echo the EQE and feature a handful of AMG touches. This means we can expect an available MBUX Hyperscreen as well as sport seats, a flat-bottom steering wheel, and illuminated AMG door sill plates. 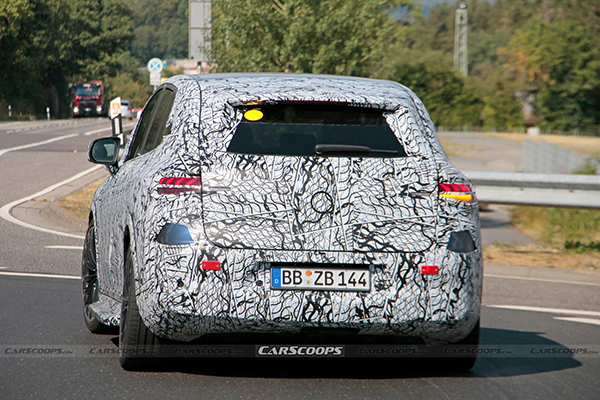 The EQE SUV is slated to debut later this year and we can expect the AMG variants to follow soon after.