Mercedes-Benz is now building electric cars in the U.S. for the world market. 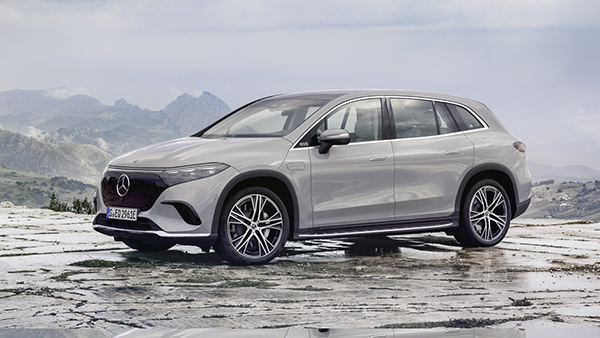 On Thursday, production of the 2023 Mercedes-Benz EQS SUV began in Alabama, the German automaker announced.

The large electric crossover SUV has been integrated into production at Mercedes’ Tuscaloosa plant, which is where all the brand’s mid-size and large crossover SUVs have been built since 1997.

The EQS SUV isn’t the only electric crossover SUV from Mercedes set to be built in the U.S. The automaker will begin producing the mid-size EQE SUV at the same factory later this year. That vehicle hasn’t been shown yet and it will debut on Oct. 16.

Batteries for both the EQS and EQE SUVs will be supplied by a new plant seven miles from where Mercedes will screw together the SUVs. Construction of the battery plant began in 2018 as part of a $1 billion investment by Daimler announced during its 20th anniversary of building crossover SUVs in the U.S.

The EQS SUV will launch with two grades, EQS 450+ and EQS 580 4Matic. The former will feature a single rear motor rated at 355 hp and 419 lb-ft of torque, while the latter will have dual motors and all-wheel drive and will make 536 hp and 633 lb-ft of torque.

A 107.8-kwh battery pack should be good for more than 300 miles of EPA-rated range in the model’s most efficient form. Mercedes said charging at the rate of 110 kw can take the EQS SUV from 10% to 80% state-of-charge in 31 minutes. A 400-watt electrical system prevents charging faster, like other EVs can do with their 800-volt systems.

Unlike the EQS hatchback upon which the SUV is based, the high-riding model will have three rows of seats with the ability to carry up to seven passengers while also hauling up to four sets of golf clubs.

Pricing will be announced closer to launch.