Mercedes EQS SUV photos ended up online, days before the official reveal of the electric crossover. So this is how it looks like and what we know about it so far. 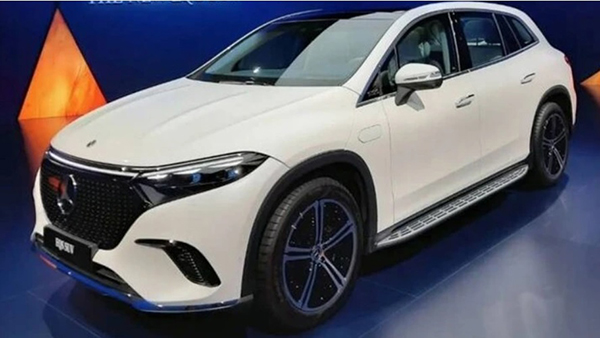 Photos of the model showed up on Cochespias one about nine days before Mercedes scheduled the actual presentation of the high-ride version of the EQS sedan. It seems that there are two versions leaked. One should be the Electric Art Line, while the other one sports different wheels.

The EQS with greater ground clearance comes with the sleek design of the entire electric range of the premium carmaker. It displays a curvaceous silhouette, between the minimalist front end in black and the rear end with the light bar stretching from left to right to connect the taillights. 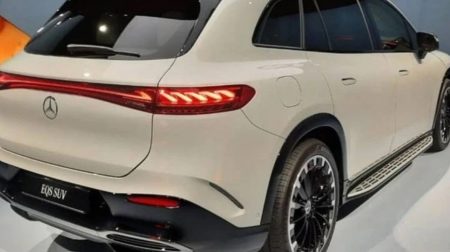 There are reports hinting at a 5,160-mm long SUV, which would make it shorter than the GLS. That would be just enough to squeeze in a third row of seats. Thus the Germans are unofficially labeling the EVA-based model as a family car right from the start.

The SUV should sport a dual-motor configuration that provides it with all-wheel drive. A rear-wheel drive version should hit the market later on. In terms of battery and range, it should come with the figures of the EQS electric sedan. Customers should therefore expect the 107.8 kWh unit with a 340-mile (547-kilometer) range.

The curved 56-inch MBUX Hyperscreen will make its way onboard the Mercedes EQS SUV, integrating a 12.3-inch and a 17.7-inch display, plus a 12.3-inch instrument cluster.

The model will join the electric SUVs range of the premium carmaker, where the EQC and the EQA are already waiting for it. An EQE SUV will hit the road about this time next year, as a crossover version of the EQE sedan.

More info on the electric Mercedes EQS SUV will be available starting April 19. The model will roll off the assembly line of the Tuscaloosa plant in Alabama, alongside the EQE.