Mercedes-Benz will unveil the S-Class of Electric SUVs, aka the EQS SUV, sometime this year as a 2023 model year vehicle, at which point it will proceed to battle direct rivals such as the BMW iX and of course, the Tesla Model X. 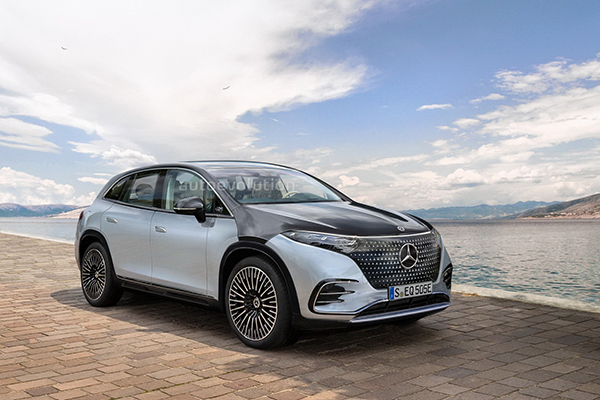 The segment for large premium electric SUVs is still in its infancy, and aside from the Model X and the iX, there really isn’t anyone else making noise right now. All other electric SUVs are smaller and/or cheaper, but new rivals are on their way, starting with the EQS SUV, followed by the Rivian R1S and possibly Volvo’s fully electric replacement for the XC90.

We also know to expect an electric version of the all-new Range Rover, but that won’t happen for another couple of years.

Anyway, back to the EQS SUV, which our spy photographers have already gotten to know well in the past 12 months or so. Thanks to their prowess, we know how big it is (approximately), we know a thing or two about its road presence, its design language and even its appearance, even though all prototypes have been heavily camouflaged.

While the jury is still out on just how “not pretty” the EQS SUV will be, this rendering by Bernhard Reichel does a good job of digitally removing the camouflaged from all those prototypes. My first thought when I first saw this image was that the EQS SUV might look a little better than the upcoming EQE SUV – we showed you a rendering of that one just last week.

Unfortunately, “a little better” isn’t saying all that much. There’s something inherently uninspiring about Mercedes’ EQ design language. Sure, these vehicles are very aerodynamic, but they look bloated and unnecessarily generic.

The EQS SUV could still look half-decent, if you opt for an AMG specification, and I have no doubt it will feel very expensive. Rest assured, nobody is doubting what Mercedes are capable of from an engineering standpoint.

At this point though, I’m starting to wish they hadn’t even invented a separate EQ brand for electric vehicles, instead of simply offering battery electric versions of existing models.