This is the latest member of the pure-electric Mercedes EQ range, the EQS SUV. It sits at the top of the German firm’s electric lineup, as an SUV version of the EQS saloon with which it shares its underpinnings. 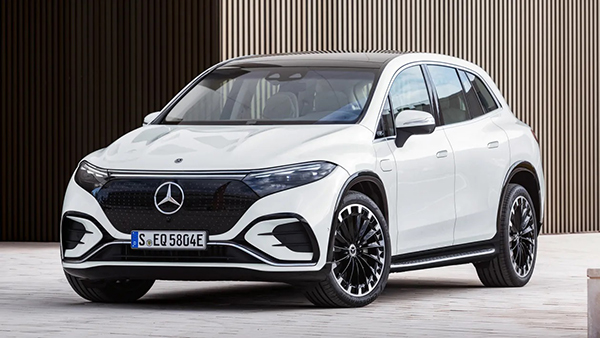 The EQS SUV is the sixth car in Mercedes’ rapidly expanding EQ lineup and while some markets get a five-seat offering, it’s a seven-seater only in the UK. It’ll be priced from £130,000 when it goes on sale in November.

You get two models to choose from. The entry-level EQS 450+ is rear-wheel drive and above that there’s the four-wheel drive EQS 580+ 4MATIC. A further pair of four-wheel-drive versions will follow, as will a luxuriously appointed Maybach model, which we’ve seen in concept form. High-performance AMG versions haven’t been announced.

The EQS SUV shares its EVA2 all-electric platform, motors, battery systems and on-board tech with its limousine namesake. All EQS SUVs boast a 107.8kWh (usable) battery, and it’s the entry-level 450+ that makes the most of this large capacity – Mercedes claims a maximum range of 410 miles. It has an electric motor rated at 355bhp and 568Nm. There are no plans to give the SUV the smaller 90kWh battery from the EQS saloon.

An all-wheel-drive 4MATIC version of the 450+ is also offered, with the same 355bhp output from a pair of electric motors – one on the front axle, the other on the rear – but with torque stepping up to 800Nm. Range takes a slight hit, at 380 miles on a full charge. Mercedes claims the 450 4MATIC will do 0-62mph in 5.8 seconds. 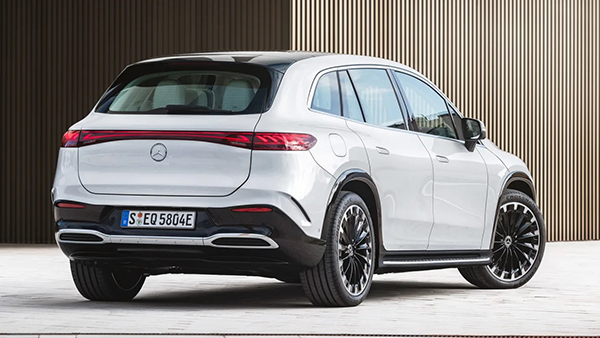 All versions of the EQS SUV have Airmatic air suspension with adaptive dampers. Its settings can be toggled via the drive-mode selector as on other models using the system. However, on four-wheel-drive EQS SUV models there’s an extra mode alongside the Eco, Sport, Comfort and Individual settings: Offroad, which can raise the ride height by up to 25mm. A yaw reading can also be displayed to help with off-roading. 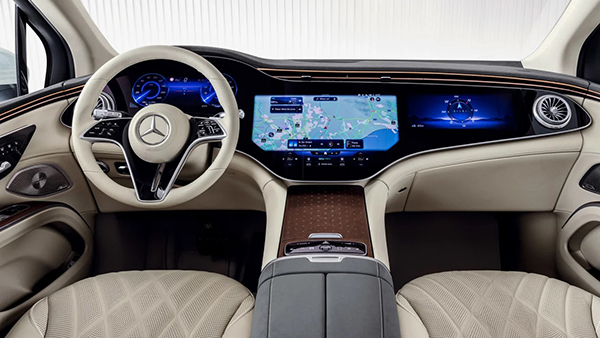 Four-wheel steering is fitted as standard, enabling the rear wheels to turn by as much as 4.5 degrees. This gives greater agility and a tighter turning circle at low speeds, and improves stability in high speed corners. One of several over-the-air upgrades that can be bought via the infotainment system enables up to 10 degrees of movement on the rear axle. Other technology that can be installed post-purchase includes trailer assist and augmented-reality navigation.

At 3,210mm, the SUV’s wheelbase is the same as the EQS saloon’s, but not as long at 5,125mm. Still, the SUV is around 200mm taller, and the traditional two-box SUV profile allows for a third row of seats, giving the EQS passenger-carrying flexibility to rival the Tesla Model X.

The cabin features Mercedes’ Hyperscreen as an option, as found in the EQS saloon. It uses three large screens to transform the dashboard’s entire surface area into a touch-sensitive display.

Otherwise, a 12.3-inch digital instrument panel and a 12.8-inch portrait touchscreen are standard. As part of the car’s luxurious approach, rear-seat infotainment is offered as a feature of the Entertainment Plus pack, providing two 11.6-inch monitors.