Mercedes-Benz has announced pricing for the Mercedes EQS SUV electric luxury SUV whose deliveries will begin in December 2022. 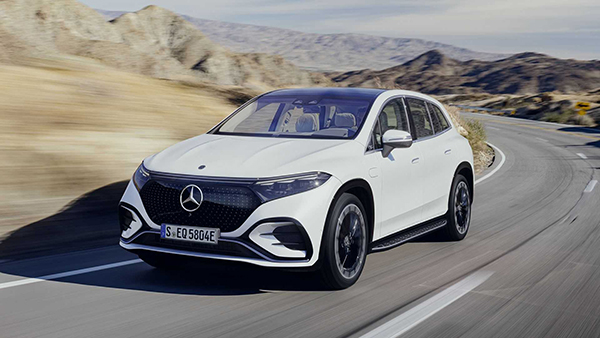 Surprisingly, there are no equal price differences compared to the equivalent versions of the EQS limousine. For example, the base version of the SUV is almost 3,000 euros more expensive than the EQS 450+ limousine while the other two versions are 3,500 euros respectively 4,000 euros cheaper than the EQS 450 4Matic and EQS 580 4Matic respectively.

Adaptive air suspension and integral steering are standard on all versions. As with the EQS range, the top version EQS 580 4Matic comes standard with Hyperscreen. On all other versions the Hyperscreen costs 8,568 euros extra. The head-up display with augmented reality costs 2,380 euros and the Burmester 3D Surround sound system costs a further 1,428 euros.

Also, according to the new optional equipment policy, Mercedes has greatly reduced the list of individual extras and grouped them into packages called Advanced, Advanced Plus, Premium, Premium Plus and Business Class.