Over the next few years, Mercedes will grow its lineup of all-electric vehicles. That means we’ll see the EQS arrive next year in the US, followed by several more electrified offerings. One of those other EVs will be the EQS SUV, the high-riding sibling to the EQS liftback sedan. A new batch of spy photos shows that development is well underway, though the SUV is wearing plenty of camouflage that obscures its shape. 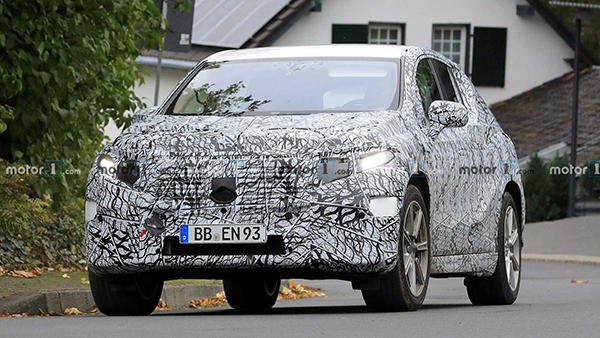 The EQS SUV looks similar to the EQS sedan, as we’d expect. Both feature sleek, swooping front ends with closed-off grilles. Flanking it on the SUV is a pair of slim headlights. The grille looks more upright on the SUV than the sedan, unsurprisingly, though it looks like there could be some cladding underneath the camouflage that’s distorting its shape. At the rear, more cladding hides its form, and stand-in taillight units hide the real ones. 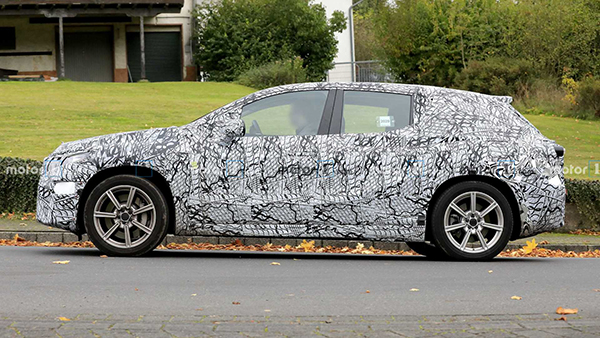 The EQS SUV will ride on the automaker’s Electric Vehicle Architecture (EVA) platform. Specifics about the EQS SUV are a well-guarded secret, and we likely won’t learn much until we’re closer to the vehicle’s reveal. However, Mercedes says the platform can offer up to 700 kilometers (434 miles) of range. Expect it to have much less range in the US, though. Powertrain details are also a mystery, though Mercedes has said some of its EVs will get the AMG and Maybach treatment.

It’ll be a bit before we see the EQS SUV. First, Mercedes has to launch the EQS, which will happen sometime next year as a 2022 model. Then we’ll see the EQS, likely arriving in 2022 as a 2023 model. Mercedes has at least two more EVs coming in the near future – the EQE and the EQE SUV before it rolls out its new compact EV platform dubbed the MMA. The first MMA-derived vehicles will begin arriving in 2025.