We have compiled for you all the renderings of the 2022 Mercedes EQS-SUV, which mercedes is expected to be introduced this year. It will be Mercedes’ first 100% Electric Lux SUV. It is expected to be similar to the infrastructure of EQS. It is thought that the EQS-SUV will provide a range of more than 700 Km with a full battery. There will be a breeze from the new EQS in its exterior design. On the EQS-SUV, details such as headlights and door handles will be similar to the EQS. The interior design looks like the new MBUX hyperscreen will be included, according to the resulting spy photos. We look forward to the new Mercedes EQS-SUV.

Mercedes EQS-SUV – All Renders and Spy Shots – How will it be?

The Mercedes-Benz EQS SUV is undoubtedly the next big thing coming from the three-pointed star marque. The auto will be based on the design cues of the already-unveiled EQS and the petrol-fueled GLS SUV. So far, there have been many sightings of the product since last year, so the video here compiles them up for everyone. It also comes with various renders based on spy shots, official teasers, and hints from its maker.

Although rumors of the EQS SUV have already been going around since the announcement of the EQ sub-brand, Mercedes officially teased the unit in 2020 alongside the upcoming EQE and the EQS back when it was still wrapped in full camo. One of the highlights of the EQS SUV will be its 478-mile electric range on a full charge, and there’s even a possibility that the numbers will reach up to 621.4 miles if it will adopt the new tech being developed for the Vision EQXX. 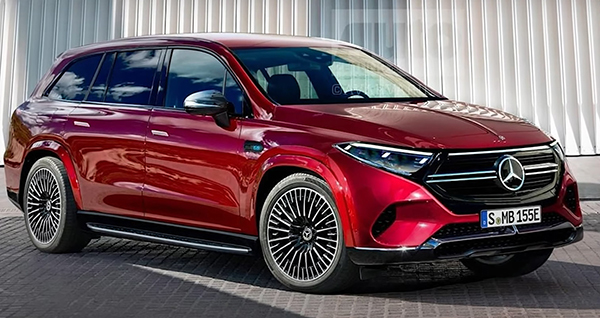 There’s no information about the specs of the EQS SUV right now, but if it gets the same trims as the EQS luxury saloon, it will likely include the 329 hp EQS 450+ and the 516 hp EQS 580 4MATIC variants. An AMG version is expected from it, too, given that its smaller sibling is getting the same high-performance treatment.

Previously, Mercedes teased what appeared to be the Maybach concept of the SUV, which is quite strange because we are yet to see its standard Benz model. One angle to consider is that the company probably wants to build as much hype as possible for the product, so they are going all-out on its concept form, but they will later scale down the quality for the sake of practicality and cost-efficiency in the production version.