Mercedes-Benz EQS SUV will be unveiled in just a matter of days but before that happens, a CarScoops reader snapped an EQS SUV parked alongside a BMW iX at a charging station. 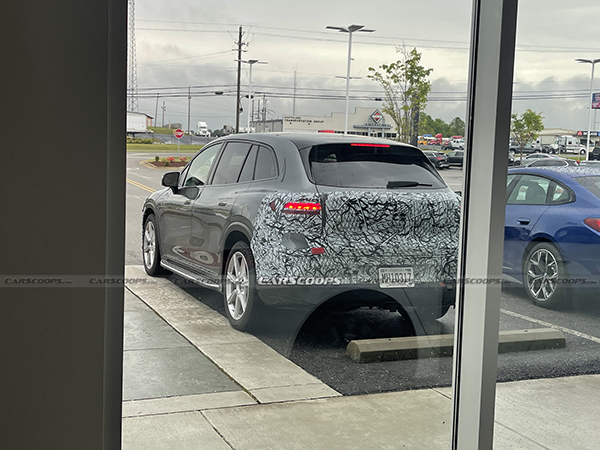 Matthew Eldridge works at a dealership in Tuscaloosa, Alabama and the EQS SUV pulled into the dealership lot to use the charger and just so happened to park next to a black BMW iX. When the EQS SUV arrives, it will directly rival the iX and this is our first time seeing the two together. 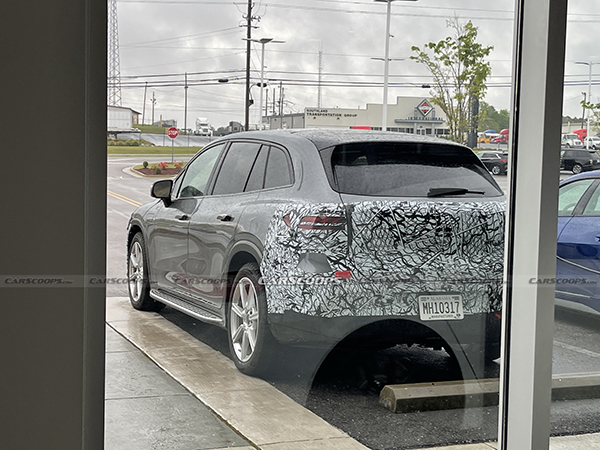 One thing you’ll immediately notice is that the duo have very similar proportions and the designs of the rear windows and spoilers are also very similar. Eldrige didn’t snap any photos of the EQS SUV from the front but we can see that it only has a thin layer of camouflage across the rear, hiding the taillights and some other key details. The engineer behind the wheel stated it has a 320 miles (515 km) range which, if true, is slightly lower than the EQS 450+ sedan with its EPA range of 350 miles (563 km). 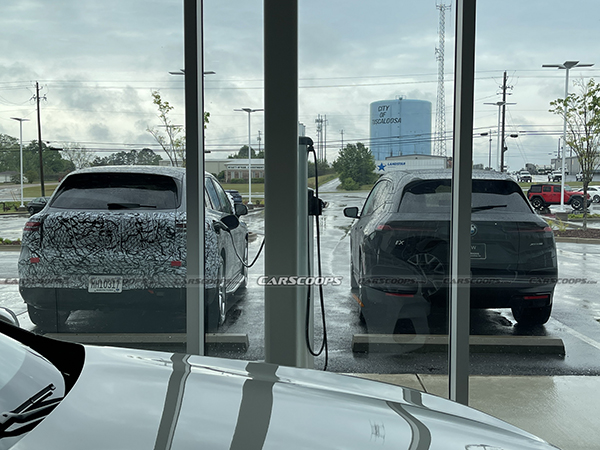 Mercedes-Benz is widely expected to equip the EQS SUV with the same powertrains as the sedan. If true, that means the range will start with a single motor, rear-wheel drive version pumping out 329 hp. A more powerful dual-motor variant with 516 hp is also expected. 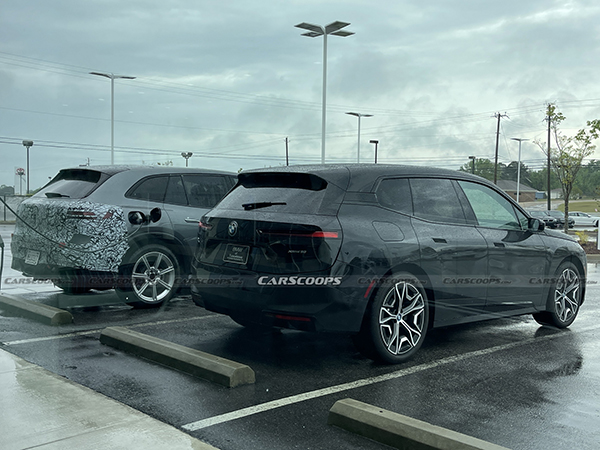 The technology found within the cabin of the EQS SUV will also be very similar to the EQS sedan. For example, it will be available with the automaker’s MBUX Hyperscreen digital dashboard that encompasses a digital gauge cluster, central infotainment screen, and a 12.3-inch display for the front passenger. As standard, the EQS SUV will be sold with two rows of seats but a three-row option will be available.

The German automaker will unveil the luxury electric SUV on April 19 and commence production at its Tuscaloosa plant in June.