The upcoming Mercedes-Benz EQG, the electric version of the G-Class, will be the first Mercedes to get the new high energy density battery. 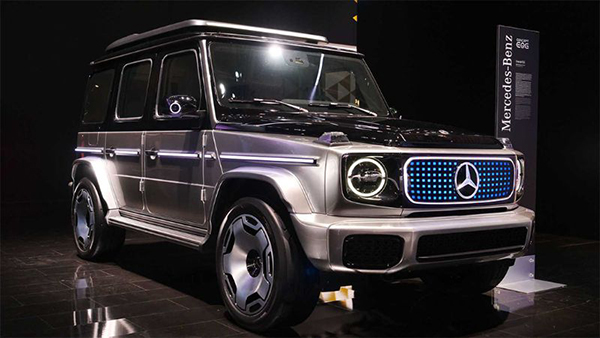 Everyone is wondering why Mercedes won’t launch an electric version of the G-Class until 2025. Mercedes EQG was already introduced as a concept car at Munchen IAA Mobility in September 2021. The concept presented at Munchen IAA Mobility is very close to series production which means that it could be launched in the next future.
The reason of delay until 2025 is that Mercedes expects the introduction of the new high energy density battery.

Mercedes is currently working on a high energy density battery that uses a silicon anode instead of the graphite anode found in conventional batteries. This technology promises that the energy density in the battery will increase by 20-40% to 800 Wh/l. This means that in the same volume of the battery, more energy can be stored.

The new battery is being developed together with US partner Sila Technologiers and is being tested on the Mercedes EQXX concept which has already completed several 1000 km long runs between charges.

The EQXX battery has a capacity of 100 kWh, weighs only 495 kg and is more compact and lighter than the 107.8 kWh battery in the EQS.

Mercedes wants to introduce the new battery on the future EQG for several reasons:
– It wants to offer a longer range at a lower battery weight because the car is very heavy anyway.
– due to the weak aerodynamics imposed by the traditional design of the G-Class, a larger battery capacity is needed.
– due to four electric motors, one on each axle, energy consumption will be high and therefore a high capacity battery is needed

Since the new EVA platform for the EQE/EQS family does not fit for the G-Class, the Mercedes EQG will be based on the conventional platform with separate chassis from the G-Class.

Special software such as Torque Shifting in the EQS (controls the torque distribution of the two motors on each axle) will control the torque of the four electric motors to simulate the effect of the G-Class’ three lockable differentials.