Mercedes-Benz is readying the EQS all-electric sedan for its imminent reveal. However, the car is everything but a secret. We’ve already learned a lot about the new model, with Mercedes announcing last summer that the EQS would offer more than 700 kilometers (435 miles) of electric range, leaving it open-ended. But today, the company provided a ceiling, announcing that the car would offer up to 770 km (478 mi). 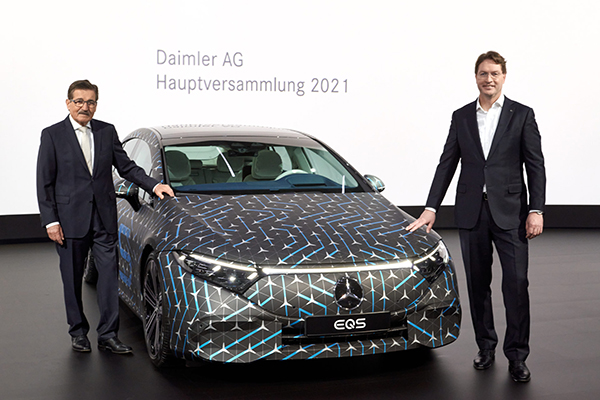 Those big figures are based on Europe’s forgiving WLTP test cycle, which means the US EPA will likely rate its range below those numbers. It’s also not clear how a heavy right foot will factor into the car’s range, either. Rumors suggest that the EQS will boast a powertrain that makes 470 horsepower (351 kilowatts) and 560 pound-feet (759 Newton-meters) of torque at launch, with a 600-hp (447 kW) AMG version also rumored to be in the works.

The EQS will sit alongside the gas-powered S-Class in the Mercedes lineup, boasting gobs of technology. The company will offer its new MBUX Hyperscreen display as an option in the sedan. It puts three displays under a single piece of glass that spans the entire width of the dashboard. Those who don’t opt for the screen receive the S-Class infotainment system, which is still quite impressive and changes the dashboard design. 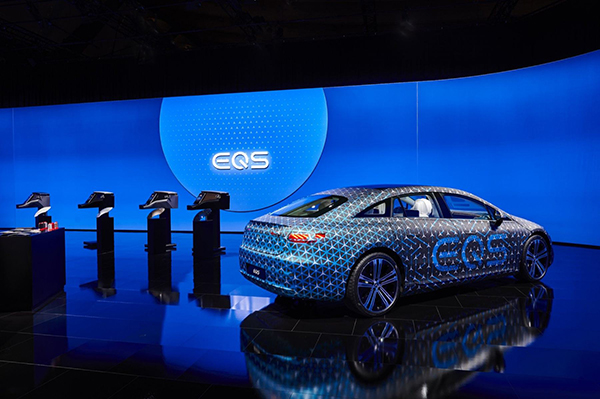 Mercedes will fully reveal the EQS on April 15, though it’s just the beginning of the company’s EV efforts. Later this year, Mercedes will reveal the smaller EQE, with both sedans expected to spawn SUV versions, too. AMG announced yesterday that it has two new EVs on the horizon as the brand begins putting its spin on the EQ sub-brand, with an arrival scheduled for this year. The AMG EV will hit 60 miles per hour in under 4 seconds, though first, we have to see the EQS next month.