Mercedes-Benz EQS is a model that has all it needs to compete against similar electric luxury sedans (Tesla Model S or Lucid Air, among others) and arguably the most important number in this company is range. The EPA rates the base single-motor EQS 450+, currently the longest-range version, at 350 miles (563 km), but as Edmunds discovered, it can drive for far longer than that on one charge. 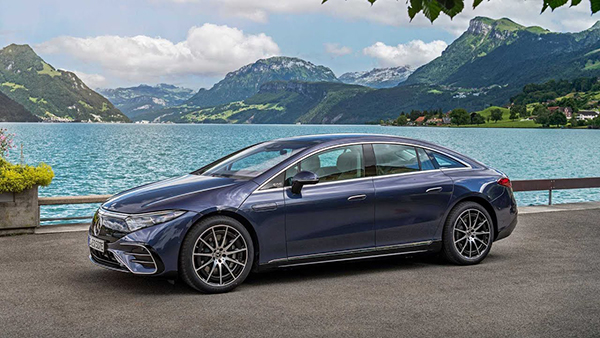 They tested an EQS 450+ that they described as ‘very light on options’, although it still weighed 5,500 pounds, or over 400 pounds more than an S-Class. The range test they performed was carried out over 12 hours, with an average exterior temperature of 67°F / 20°C, in which the vehicle managed to clock up some 442 miles (680 km), or an impressive 77 miles (almost 124 km) more than the EPA estimates.

The EQS was equipped with the standard tires fitted to this model from the factory, Goodyear Eagle F1 Asymmetric 5, wrapped around standard 20-inch wheels. They were inflated to the correct factory-recommended pressure, but even so, the vehicle exceeded its EPA range rating by over 20 percent.

Even so, that’s still off the WLTP range, which stands at 784 km (487 miles), though, making it seem impossible to achieve without advanced hypermiling techniques and a very good driver at the wheel with lots of experience in wringing out as much range as possible from EVs. The EQS also achieved a better overall electricity consumption result than the EPA claim, 29.5 kWh/100 miles (3.39 miles/kWh) versus the 35 kWh/100 miles (2.86 miles/kWh) official claim.

Edmunds also breaks down how much the 422-mile trip cost, pointing out that this will vary quite significantly, depending on where you drive. For instance, in Washington where the average rate per one kilowatt-hour is 10 cents, it will cost just $12,45, while if you embark on the same journey in in Hawaii, it will be several times more expensive, amounting to $41,08.