With the first deliveries of the EQS expected this summer, we’re left wondering how this lightly camouflaged premium electric car got here! 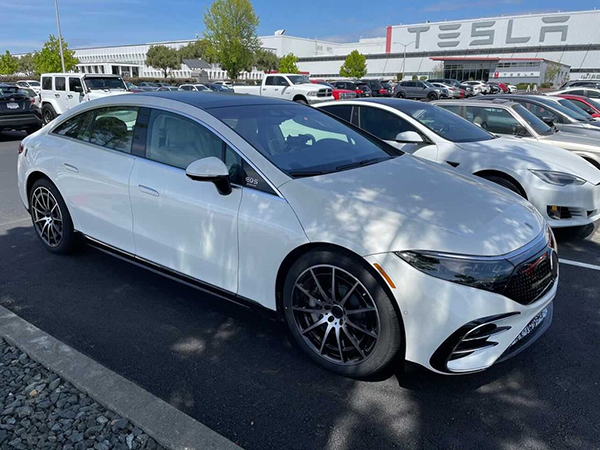 The Mercedes-Benz EQS is about as close to a Tesla killer as the industry has managed to produce so far, if the Tesla in question being killed is the larger Model S, that is. The EQS has the range, the tech and the prestige to become a serious luxury electric sedan player, and first deliveries are just months away. 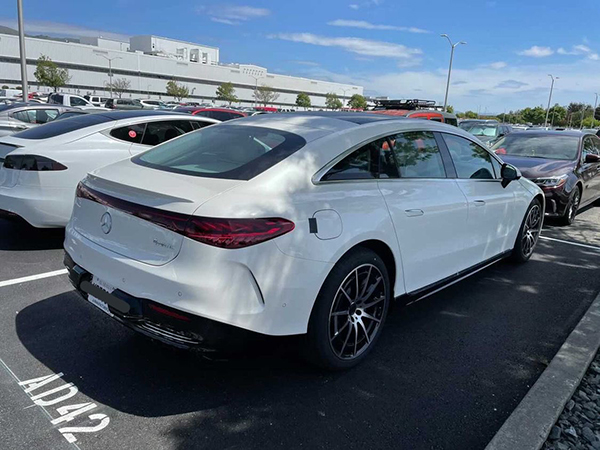 But even if customer cars won’t be delivered until later this summer, a very lightly camouflaged EQS was spotted in an unlikely place: the parking lot of Tesla’s Fremont manufacturing facility, right next to a Supercharger station. The vehicle had its front badge covered, but it didn’t have any additional camouflage on it. 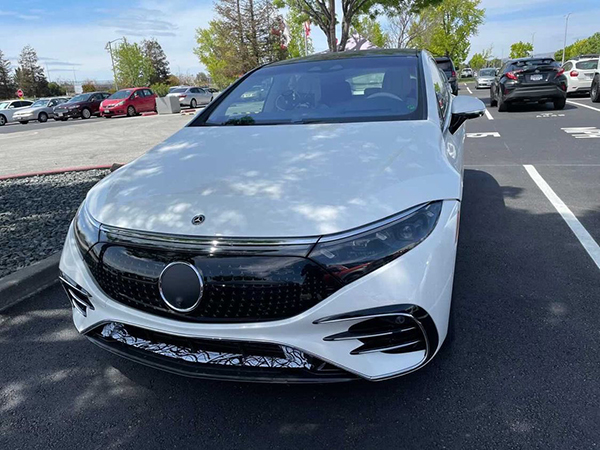 Yet the fact that it does have some camo suggests that maybe Mercedes may have lent the car to Tesla to drive around and see what it’s all about. This is not unheard-of in the automotive industry, especially among automakers that are on friendly terms; Tesla and Mercedes have successfully collaborated in the past, several times, so it’s not a stretch to picture this scenario. 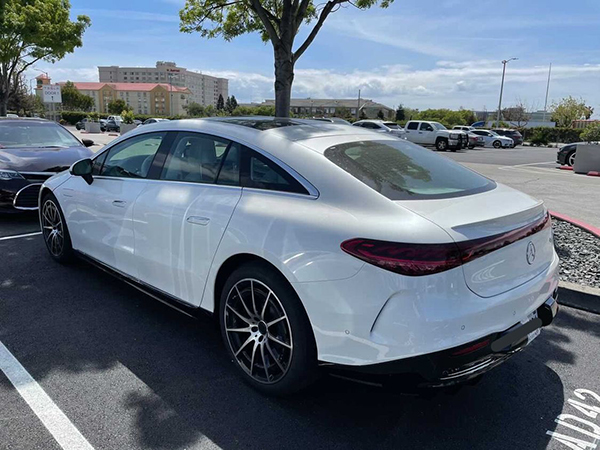 This EQS, which was finished in all white (it makes the car look better than the two-tone finish, doesn’t it?) was parked next to a white Tesla Model S. And it might be the angle of the photos, but the EQS looks considerably taller than the Model S, as well as a bit longer too; its greenhouse is also bigger in relation to its overall length compared to the Tesla too.

What do you think? Why was this Mercedes-Benz EQS, probably still a pre-production prototype (with a bit of black tape keeping its charging port flap closed), parked right in front of the Tesla factory? Do let us know what you think in the comments.