Mercedes-Benz is trying to reduce the price of electric models by offering versions with less power. Thus, the Mercedes EQE is now offered in a cheaper version than the EQE 350. The new Mercedes EQE 300 is priced from 66,402 euros. 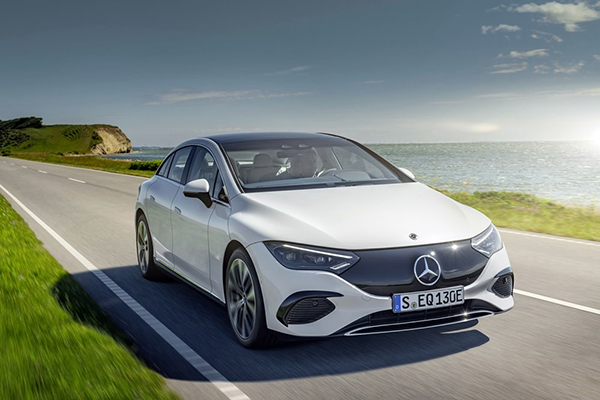 Although the engine power is 47 HP lower and the maximum torque is only 15 Nm (11 lb ft) less, the WLTP energy consumption is the same, at 16.5 kWh/100 km. Therefore, the range of 623 km is the same because both models use the same battery, with a capacity of 90 kWh.

After the Mercedes E-Class was removed from the Mercedes configurator and only stock models are available for sale, Mercedes is trying to reduce the price of the new Mercedes EQE to make it attractive to a wider mass of customers.

But keeping a similar battery has not led to a substantial price reduction. However, Mercedes didn’t want to offer a smaller battery in order to mantain the long range.

Today, in the premium electric segment, a long range is more important than faster acceleration. Together with a lower Cx, a higher capacity battery provides the range demanded by premium customers who do not want to charge the car very often. And 623 km range offered by both Mercedes EQE 300 and EQE 350 is a good standard.

Mercedes EQE is not yet available on the US market, where only EQS is sold for the moment.