Somebody forgot to tell this next-gen Mercedes-Benz E-Class prototype that it’s not a full-blown AMG, as it was recently snapped at the infamous Nurburgring attacking corners at relatively high speeds. 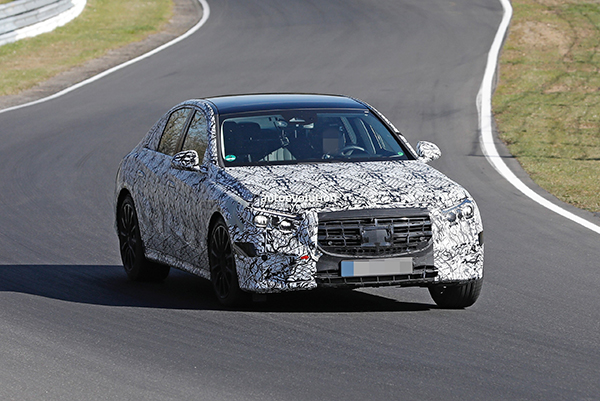 Scooped in the sedan body style, the brand’s rival to the likes of the BMW 5 Series, Audi A6, and Jaguar XF looks like an evolution of its predecessor, and a bigger new-gen C-Class. But that’s hardly a surprise, considering that Mercedes keeps the Russian doll design close to its chest. 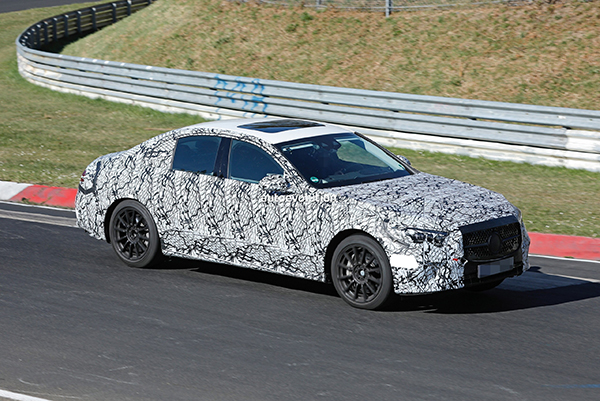 Compared to the W213, the all-new W214 has headlamps that are a bit smaller. The grille, with horizontal slats in the Benz and vertical ones in the AMG models, is about the same size, and the bumper is all-new. Still incorporating the license plate holder, the trunk lid has evolved, and the taillights have been shrunken. The reflectors cannot be seen anywhere in the rear bumper, which is otherwise new as well, and has a cleaner-looking diffuser attached to it, with no cutouts whatsoever for the tailpipes. 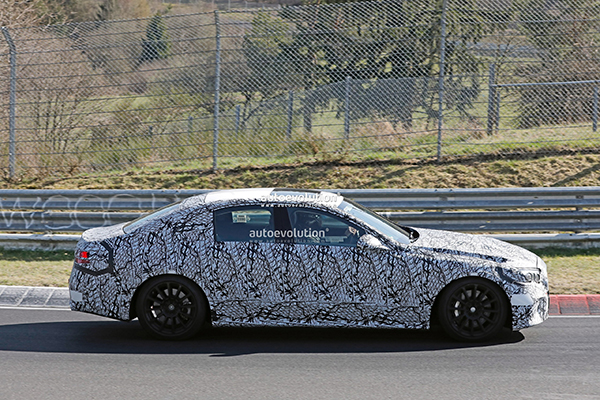 If you zoom in on certain pictures, you will catch a glimpse of the redesigned cockpit, which has finally dropped that fugly dual-screen layout. The infotainment system is expected to be incorporated in the middle of the dashboard panel, just like in the smaller C-Class and bigger S-Class, and the digital instrument cluster shouldn’t look like a cheap tablet anymore. Speaking of cheap stuff, let’s hope Mercedes has solved some of the build quality issues.

Built around the MRA II platform, in all likelihood, the next-gen E-Class is understood to launch with 2.0- and 3.0-liter inline-four and inline-six power units, respectively, with mild-hybrid assistance. Hybrids and plug-in hybrids are expected to make up the powertrain family too, and the E 63 and E 63 S might still be offered with a bi-turbo V8. Keep in mind that these are all assumptions, and a lot can happen until it premieres, probably next year, before arriving in North America as a 2024 model.