With everything happening at Mercedes, it is kind of easy to overlook the development of the next-generation E-Class. But not for our spy photographers, though, who have snapped several prototypes being driven on public roads for the testing and fine-tuning phase. 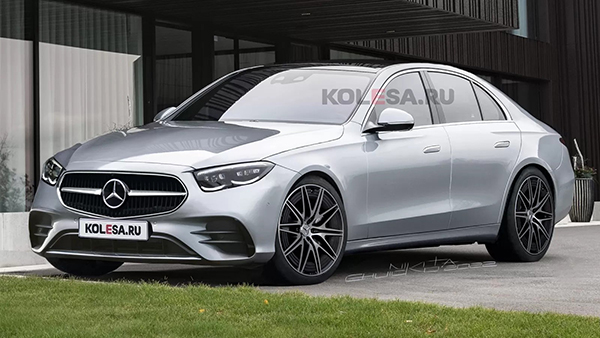 Last week, we laid eyes on a prototype that kept camouflage to the minimum, hiding only its front and rear ends. And it was those scoops that served as the inspiration for Kolesa’s latest digital take on the executive model from the Stuttgart firm.

It has an evolutionary-styled grille, with a horizontal slat separated by the large three-pointed star emblem in the middle, sweptback headlamps with a new DRL signature, and a bumper with side intakes flanking the mid-section. The flush-mounted door handles should be mentioned too, next to the overall look of the back end that will make it difficult to tell it apart from the smaller C-Class and the bigger S-Class. 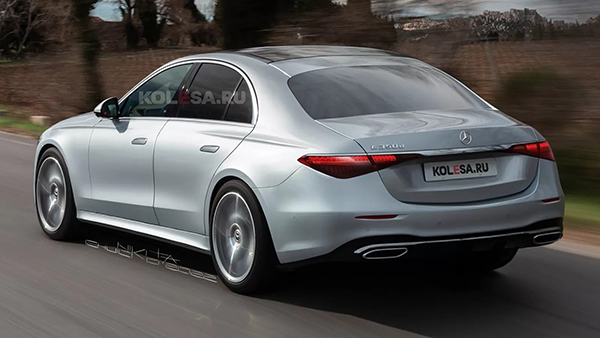 The Russian doll design is expected to continue inside too, with a similar-shaped dashboard, and a portrait-oriented screen mounted in the middle. Digital gauges, and lots of premium materials, especially in the higher configurations, which will get fine leather upholstery too, and multi-color ambient lighting, among others, will be included. Let’s just hope that they sort out the poor build quality of the car, and come up with a proper alternative to the BMW 5 Series and Audi A6.

Beneath the skin, we should find the MRA II platform, which will make it compatible with all sorts of powertrains. The 2024 Mercedes-Benz E-Class is understood to launch with 2.0- and 3.0-liter engines, assisted by electricity. The family will be topped by the AMG versions, and Europeans might get some diesels too when it will start arriving at dealers. Speaking of which, it has been reported that it will premiere next year, before launching stateside as a 2024 model.