The upcoming Mercedes-Benz E-Class shows up in leaked photos, displaying its front fascia and dashboard design. The new-gen E-Class is set to be revealed in 2023 as a 2024 model. 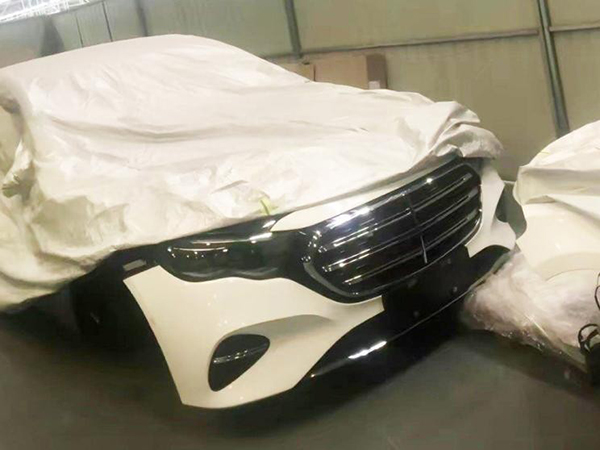 For those unaware, the Mercedes E-Class has been one of Mercedes-Benz’s bread-and-butter products since the early 1990s. Smaller and more affordable than the S-Class and a downside larger than the C-Class, the fifth-generation W213 E-Class has been a defining vehicle for Mercedes-Benz in the second decade of the 21st Century. 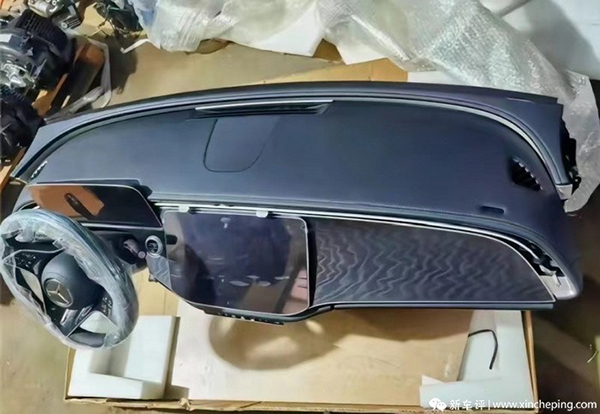 Over the past decade or so, Mercedes has been slowly adding design cues from more range-topping offerings like the S-Class and trickling them down the range to cheaper options in the Merc lineup, where unique styling cues are added depending on the model. The leaked photographs now sourced from Chinese media show what appears to be the front fascia of the all-new E-Class, while the rest is covered by a white tarpaulin. And it looks quite unique, compared to the C-Class and S-Class.

The radiator grille looks wider than that of the W213, while the headlights are unlike anything we have seen so far in the Mercedes lineup, featuring somewhat of a curved cut in the lower area. The leaked photos also display the air intakes molded into the corners of the muscular front bumper. 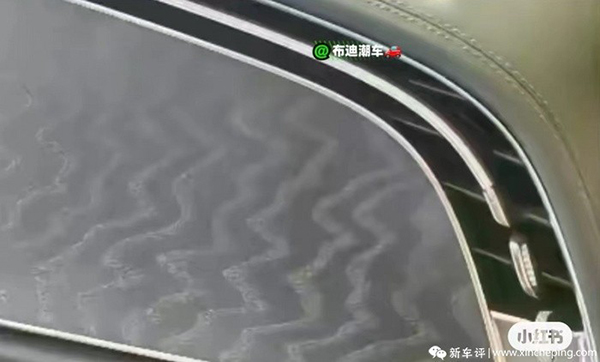 Moving onto the inside and the plastic covering laid over top key trim pieces makes it quite difficult to judge them. The 2024 E-Class will receive the latest-gen MBUX system, but Mercedes is probably going to keep the spectacular Hyperscreen out of the business sedan’s lineup. That said, what we can make out certainly looks fitting for what no doubt will be a high-dollar automobile.

The W214 will build on the new MRA 2 architecture. As for drivetrains, rumors are swirling that buyers will pick between mild-hybrid, full-hybrid and plug-in hybrid versions, with four-pot 2.0-liter and 3.0-liter inline-six versions being part of the plan. European market will most likely get diesels too, while the Americans will skip on those.