The Mercedes E 53 is a half-way house AMG model, but it balances performance and price compared with the much more expensive E 63. The tech is great, it’s superbly refined and even offers decent comfort – but it could still be more fun to drive. Still, in estate form it remains among the most practical performance cars on sale today. 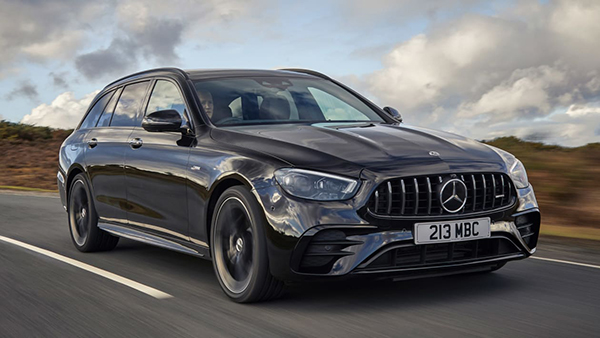 This is the Mercedes-AMG E 53 4MATIC+ Night Edition Plus Estate, to give its full and lengthy name. It’s the second most powerful model in the updated E-Class range, and comes here with a vast 640-litre boot courtesy of its estate body.

The new E 53 features a new face, which includes a grille inspired by the AMG GT, a revised bumper, and the same headlights as the rest of the E-Class family. The back end of the saloon gets reshaped tail lights, but those on the Estate are similar to what came before. The cabin is much the same, aside from the split-spoke steering wheel and touchscreen infotainment set-up. 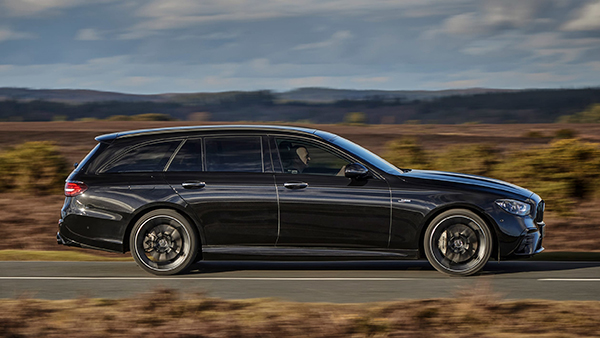 But this is an AMG model, so performance is key. The E 53’s growly 3.0-litre straight-six engine is augmented by a mild-hybrid system. The latter can deploy up to 22bhp, but is generally used to reduce load on the engine rather than boosting maximum power. As a result, the total output is the same 429bhp as before, and it’s sent to the road through all four wheels.

The mild-hybrid set-up immediately makes its presence felt as soon as you jab the starter button. While previously it brought the theatre of a whirring starter motor before the combustion unit erupted into life, now there’s barely a murmur before the engine calmly whirrs to a steady idle. 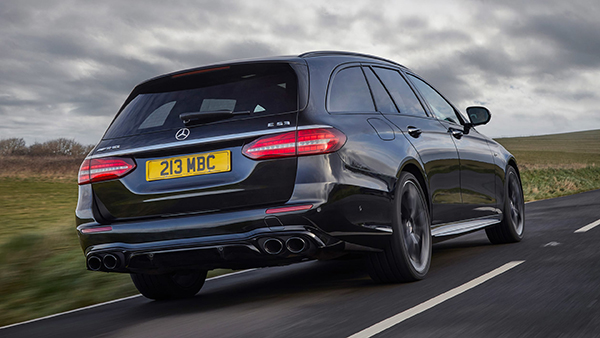 That’s not to say that the motor is muted the rest of the time, though. With the sports exhaust engaged, the E 53 plays a very pleasing tune: audible from inside without presenting itself as overly obnoxious to bystanders. 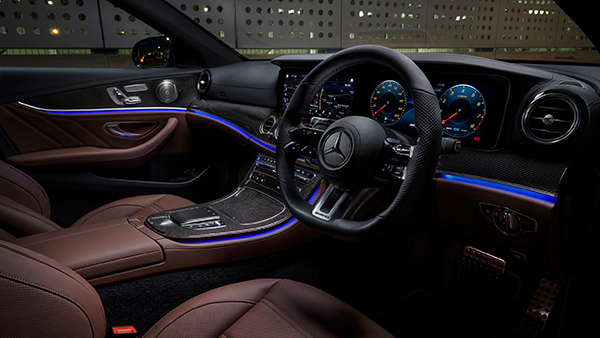 It’s a big car, the E 53 estate, yet the turn-in response, balance and grip all feel tenacious for a car of this size. Adjustments can be made to adaptive dampers through the drive mode select switch, but the changes in response are minimal.

Regardless of the mode, the ride comfort is a little crashy around town due to big wheels, but superbly composed at higher speeds. Only an audible grumble from tyres measuring 265mm wide at the front and 295mm rear harms the otherwise impeccable refinement. 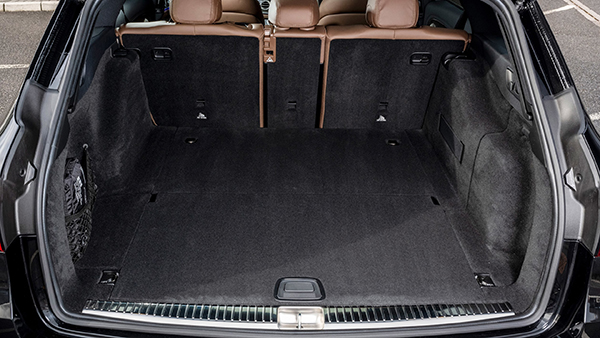 This Night Edition Plus model costs £71,055 in Estate form. If you’re happy to settle for 19-inch wheels instead of 20s, body coloured bumper elements, and chrome tailpipe trims and window surrounds – all of which are black on the Night Edition – and go without a panoramic sunroof, then the regular E 53 Estate is priced from a more affordable £67,555.

However, settle for a little less visual drama, and that E 400 d can be yours from £59,745. But while it feels as potent and will do up to 40.9mpg – 11mpg better than this mild-hybrid petrol – there’s no denying that the E 53 is a nice half-way house between performance and usability, and certainly a more affordable way to AMG ownership than the £100,000 E 63.