Need for Speed Unbound will have a Mercedes-Benz 190 E Evo II in the game that launches soon. But the same car exists in real life too, and rapper A$AP Rocky is the lucky owner. 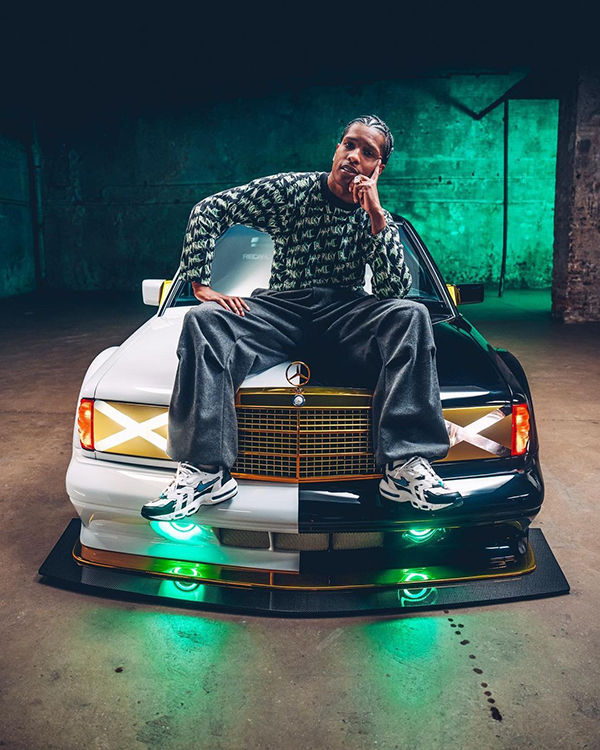 Need for Speed Unbound will be released on December 2 and has a lot of customization options, both for the cars and the characters, who will be able to choose outfits from iconic fashion houses like Versace, Puma, and more.

In early October, Need for Speed teased an in-game Mercedes-Benz 190 E Evolution II, complete with the surprise appearance of rapper A$AP Rocky as a character. The vehicle had a custom A$AP license plate, AWGE branding, plus Testing front wheels and BBS rear wheels. But this 190E EVO II is not just an in-game vehicle, it exists in real life, too, and it looks fierce. 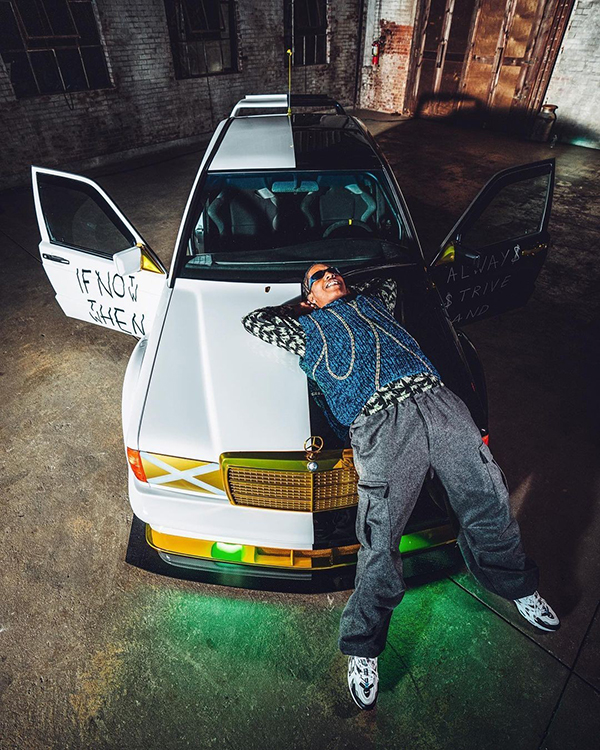 Photographer Mark Riccioni was in charge of the shoot for the promo material on the game and he has just released a good look at A$AP’s customized ride, which shows the vehicle in all its glory.

Half of it is white, while the other is black, with a big front splitter, green underglow lights, metallic gold grille, X-taped headlights, and AWGE branding. It’s also fitted with the same Testing and BBS wheels as the in-game version. 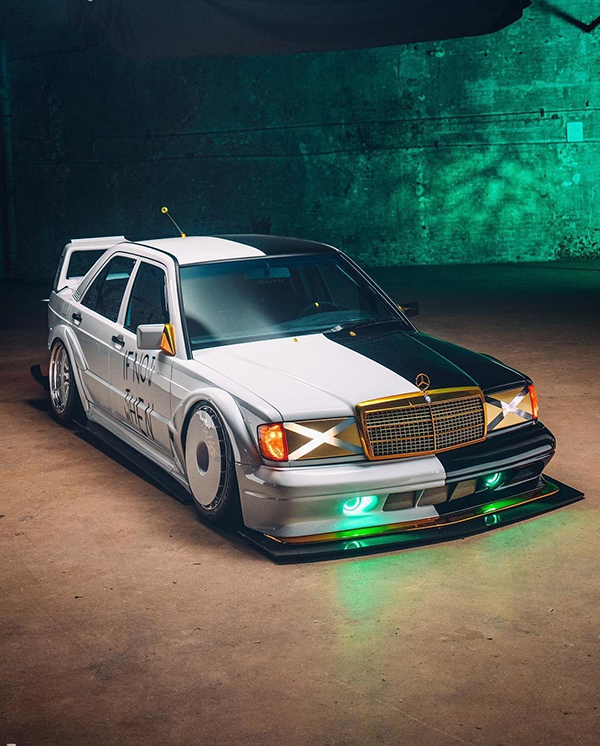 It also features slogans like “If Not Now Then When” and “Always $trive and Pro$per,” splashed on the passenger doors.

Besides this fierce custom Mercedes-Benz 190 E Evo II, A$AP also owns a yellow Hummer EV with Forgiato wheels, a Ferrari 488 GTB, a Lamborghini Aventador, a Huracan, Urus, and Gallardo, a Lexus LS 500, a BMW 5 Series, a Cadillac Escalade, a Rolls-Royce Ghost and a Cullinan, a Mercedes-AMG CLA, plus a 1967 Ford Mustang. But neither is as fierce as this 190 E Evolution II.