Mercedes-Benz 190 E has a special place in the hearts of the members of this writer’s family, as well as millions of enthusiasts around the world. In its most basic form, the 190E was the smaller sibling of the long-established 300E, which was the full-size luxury sedan and the manufacturer’s bread and butter. The ‘baby Benz’ gained popularity because of its iconic design, as well its connection to motorsports.

History of Performance
Aiming to stake a claim in rally racing, Mercedes-Benz created a high-performance version of the 190E in collaboration with Cosworth. The 190E 2.3-16 would become a direct competitor for the E30 generation BMW M3. The sporty Mercedes sedan received improvements over the next few years, until the manufacturer hit the proverbial jackpot with the unveiling of the 190E Evolution in 1989. 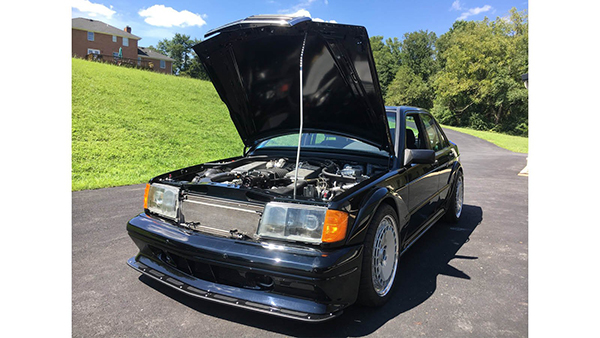 Evo
This was Daimler’s response to the M3 Sport Evolution. The following year the second iteration of the Evo was introduced. The 190E Evolution II was enhanced further by AMG and the results are pure automotive magic. And that magic is exactly what the creator of this particular machine was looking to capture, albeit with a modern twist. 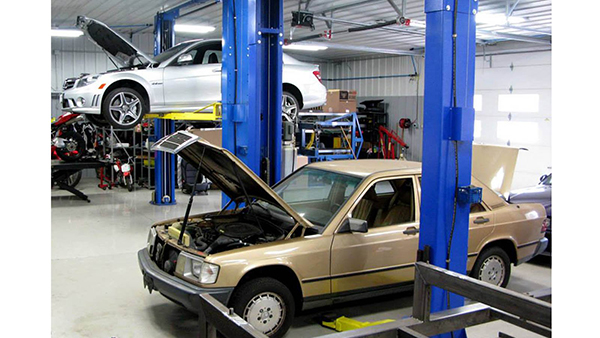 5-Year Build
You could essentially call this a restomod, though the replica exterior does a fantastic job of maintaining the Evo’s aesthetic. But the 5-year project was a lot more complicated than most builds out there. This isn’t simply the case of swapping the glorious 6.2-liter naturally aspirated AMG V8 under the hood of the 190E. No, this project involved merging the chassis of the 2010 C63 AMG with the body of the 190E. 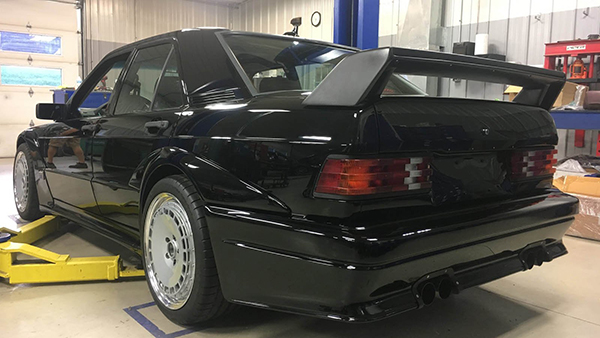 Retro AMG
Both vehicles have unibody structures. This makes the accomplishment of the folks at Piper Motorsport of Leesburg, Virginia that much more impressive. The electronic features of the modern Benz have been adopted to the retro build, making it a modern performance vehicle in nearly every sense. I’d be lying if I said I’ve never dreamed of building one of these with a modern AMG motor, but Piper Motorsport has gone above and beyond my imagination with this amazing project.