All eyes were on Mercedes-Benz recently as they launched their powerhouse of a full-size luxury sedan, the 2021 S-Class. From new powetrain options, slight design tweaks, and even more interior goodies, these extensive updates go very deep, with almost every facet of the S-Class being updated to keep it at the top of its game. But don’t think for one bit that Mercedes has forgotten to do the same with the 2021 C-Class. Sure, just like the months leading up to the S-Class, details were pretty scarce, but Cars Guide recently got word that we can at least expect similar levels of standard equipment and technology. 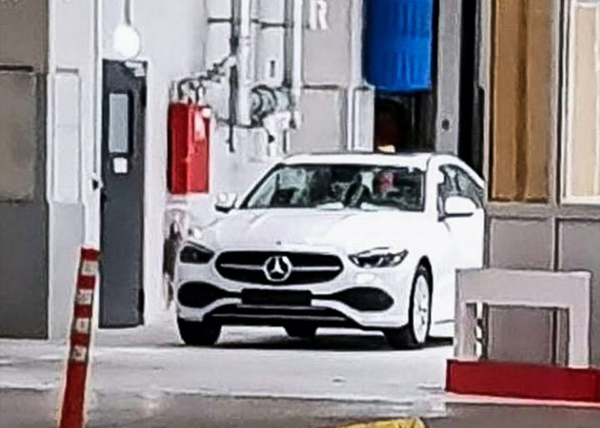 Their source is non-other than Ola Kaellenius, chairman of the board of management for the Daimler group. Kallenius has hinted at the C-Class being heavily influenced by the new S-Class, with some innovations debuting such as a rumored diesel-hybrid option for European markets and an electrified AMG engine. “Back in the day, many years ago now, the logic at Mercedes was ‘we got it in the S-Class’ – that happens every seven or eight years – and then we have a gradual trickle down,” he said.“We’ve already departed from this philosophy, I would say, in the last five to seven years. We have switched to say every single new architecture or major model gets innovation. This week we talk about S-Class, but to illustrate it, next year comes the new C-Class. He even goes as far as saying that the C-Class will essentially be a smaller S-Class.

The S-Class has adopted many of the features found in non-flagship models, such as the MBUX infotainment system in the A-Class in 2018, but has taken it a step further. This idea of not having all the goodies in a flagship alone means that, in Kaellenius’ words, Mercedes is able to roll out and democratize innovations much quicker. “We trickle up and trickle down quickly, and we have developed an engineering system now whereby the innovations that we launch can very quickly come to the other vehicles.”

With more information coming on the 2021 C-Class later this year, we can expect the mid-size sedan to be revealed sometime in the middle of 2021. Here’s to hoping we get the same nifty infotainment system as well as that augmented reality head-up display.