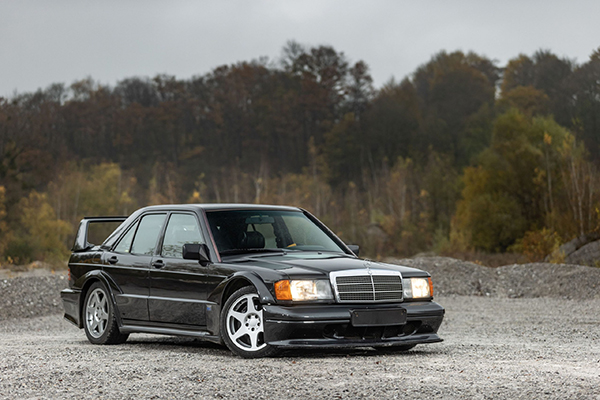 Wood inserts and black leather seats made up a pretty plush atmosphere inside the sports car. “The black leather upholstery still smells new, without any pronounced signs of wear”, the ad reads for a car with chassis number WDB 2010361F738165. The Benz has a sunroof and there are heated seats onboard. 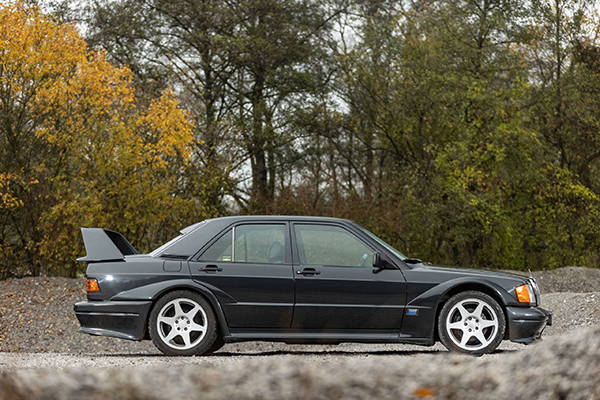 The odometer reads only 14,424 kilometers, translating into little over 8,960 miles. But despite the low mileage, it’s far from being in Concours condition. Once the hood pops up, you can see the insulation was torn. It still sports the original 17-inch wheels fitting the flared fenders. At the rear, there is a massive wing that obviously still makes it stand out almost three decades after it drove through the factory gate. 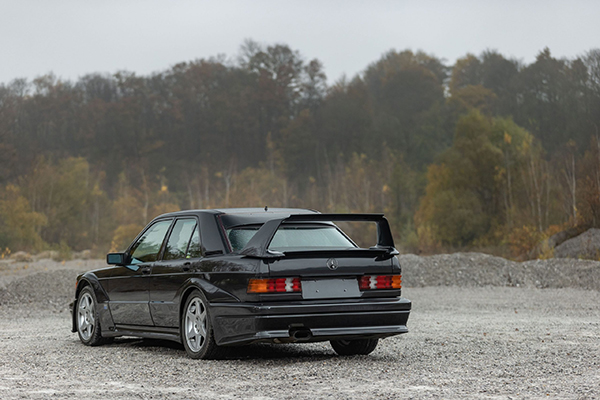 Mercedes-Benz 190E 2.5-16 Evo II – one of 502
This example is number 389 of the 502 ever built for the homologation of the race car. The first physical owner was a lady from Belgium, who made the purchase in Germany. She serviced the car in a Mercedes dealer near Aachen. Documents reveal that it required some work in its early years. It had previously been registered under the ownership of a company, as shown by the certificate of conformity, dated April 1993. 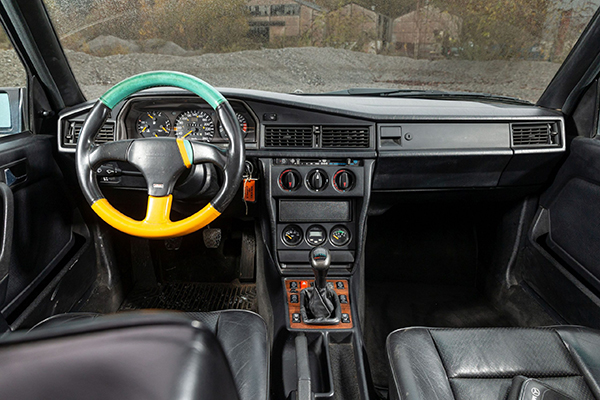 The woman eventually sold it in 1997 and the new owner, Baudouin Lempereur, kept it until the present day. Even though he rarely used it, he decided to put in an Indianapolis steering wheel. It still sports the colors that were fashionable back in the early 1990s. 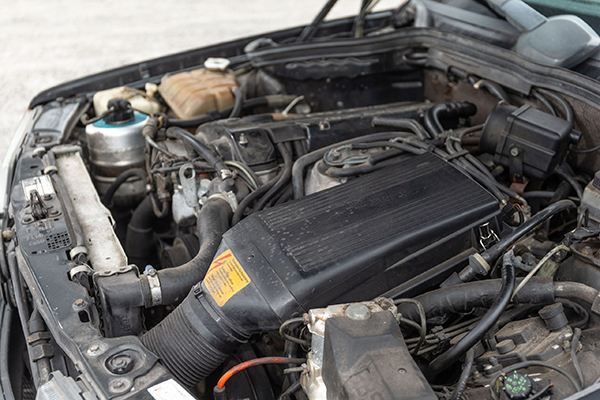