A pair of germans, Stefan Krallinger and his partner Melanie Heitmann traveled 250,000 km around the world in 5 and a half years with a 26-year-old Mercedes 190 D that had 300,000 km on board when they bought it.

There are many stories with taxi drivers who traveled over 1 million with a Mercedes E 200 diesel. But at least as reliable is the forerunner of the Mercedes C-Class. Launched in 1982, the Mercedes 190 (W201) was the first Mercedes mid-class sedan. Manufactured for 11 years until 1993, the Mercedes 190 also known as the Baby-Benz was an extremely reliable car, especially in the basic diesel version with a 2-liter, 72 HP normal aspirated diesel engine.

The german hotel manager is a big fan of the Mercedes 190 D and wanted to prove its reliability.

After participating in the endurance rally of amateur Dust and Diesel in Africa with Mercedes 190 D, the 39-year-old Austrian Stefan Krallinger came up with the idea of a unique project called 5c 100c – 5 continents 100 countries – in order to gather signatures from all those who support him.

For this purpose, the Austrian and his partner bought a 26 years old Mercedes 190 D with 300,000 km on board, with which they set off on the journey of their lives. They travelled around the world for 5 and a half years, and at night they slept in a 16 sq m tent stored in a trailer.

The world tour started in January 2015 in Montevideo, the capital of Uruguay. Because it is forbidden to import diesel cars in Uruguay, they bought the car from Germany and sent it by ship to Uruguay while they went there by plane.

Everyone who supported them during the trip signed on the car as a souvenir. The support consisted of bottles of water, fuel, fruits, parking spaces or even just a hug. On the car were signed even great personalities such as the billionaire Sir Richard Branson, the youtube star Casey Neistat, the boxer Sven Ottke and Dr. Dieter Zetsche, former CEO of Daimler AG. 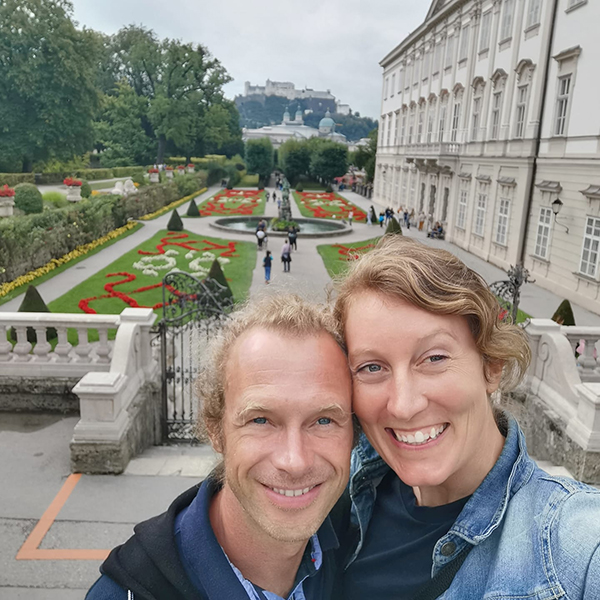 The journey was divided into three stages. The first stage lasted almost two years. It started in Montevideo and continued through South America, then in North America to Alaska. They continued on the east coast of the United States, Canada, Florida and New York.

After 22 months, 20 countries and 80,000 km, Stefan Krallinger and his partner took a holiday of several months. Then, in April 2017, they started the second stage of the journey through Africa and Europe.

In April 2018 followed the third stage starting from Russia to Mongolia, China, Laos, Thailand, Cambodia and Malaysia. After many adventures they arrived in Kuala Lumpur from where they sent the car and trailer to Australia. On July 6, 2019, they started on a tour of Australia.

This trip was not cheap. The couple had savings of 15,000 euros, but they ended their economies after a year and a few months. “I needed about 1000 euros a month,” says Stefan. Then he decided to transform his hobby into a business and photographed hotels with a drone. He sold the pictures for money, for a dinner or for a place to sleep. 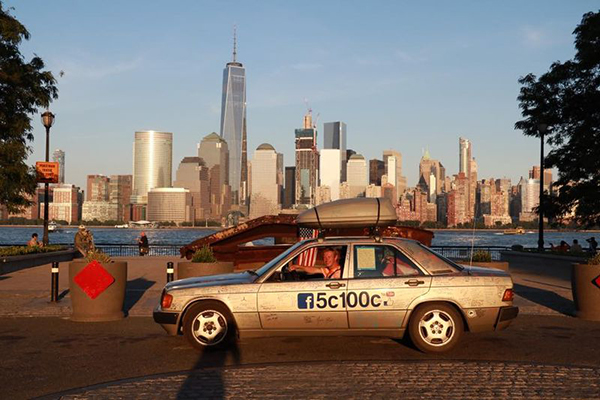 The biggest obstacle was not the lack of money, but the heatwave in many countries because it was particularly hot in Malaysia and Australia. The 190D Mercedes did not have air conditioning but the two adventurers never thought of giving up.

1.78 meters tall and blonde, Melanie was a special presence and in many countries like Bali and China people wanted to take pictures with her. “It was like a rock star,” Stefan recalls.

The two adventurers often tried to manage on their own, although their adventure was not without incidents. In Columbia, the radiator hose cracked. They asked for help at a store and some people offered them the hose from their own vehicle so they could move on. Stefan was impressed because the Colombians did not demand anything in return and were happy to meet them.

The trip through Chile was unforgettable. Even at 9 in the morning it was dark. One morning they woke up and discovered that the car and the tent were dirty. A volcano had erupted 300 km away and everything was covered with a thick layer of ash. So they had to clean everything up.

Stefan warns that in a journey around the world, everything takes longer than at home: to bring and heat water, to cook, to clean and to put things in order. “A trip around the world is not a holiday”, says Stefan. But what they did not lack was television. They passed through the most spectacular areas in the world: the Altai Mountains, the Andes Mountains, the jungle and the Punta Olimpica in Peru, the highest tunnel in the world built at 4738 meters.They even crossed rivers through Mongolia and Alaska. They camped near the Great Wall of China and in China they hired a local as a guide because camping trips are only allowed with a local guide.