The TopSpeedGermany YouTube channel is normally a celebration of all things speed and power. However, that has changed today in its latest video which features a 72-horsepower (54-kilowatt) Mercedes 190D from 1988.

While we’d usually expect to see the latest and greatest supercars maxed on the Autobahn, this installment was still quite a treat. The video description states that the channel will feature any car, regardless of it being old, fast, loud, or electric.

Even with just 72 hp (54 kW) on tap, the old Mercedes still has a surprising amount of acceleration at its disposal. While the car is nothing like some of the others seen on TopSpeedGermany, it’s clear that it makes up for its lack of horsepower with tremendous reserves of character and a torquey diesel. Unlike most videos seen on the Autobahn, the 190D allows you to savor the journey up to its top speed of 111 mph (180 kph). 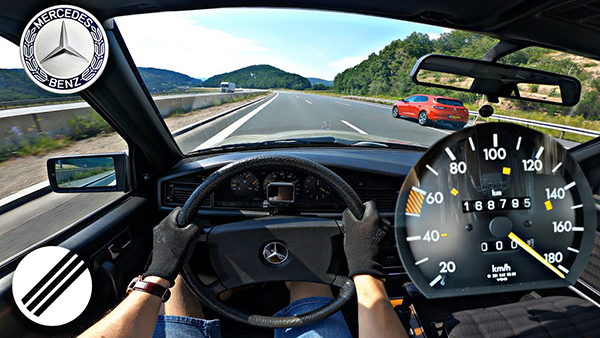 Although the vehicle could be considered slow by modern standards, it didn’t take all that long to reach its top speed. We also enjoyed the fact that the speedometer only goes up to the quoted max speed. All the time today we see vehicles limited to 155 mph (250 kph) with speedometers that climb all the way to 200 mph (321 kph).

While the Mercedes 190D in the video is a great piece of engineering, it was mostly overshadowed by its younger brother, the Mercedes 190 E Cosworth. The E series still didn’t feature a massive amount of horsepower but was very ahead of its time. It featured technologies such as a five-link rear suspension system, aluminum headers, and four valves per cylinder; all commonplace now but very advanced at the time.

If you were given the chance, which type of vehicle would you pick for a trip up the Autobahn? Let us know in the comments below.