Spy photographers have caught the Next Mercedes C-Class on numerous occasions, but now we’re getting a glimpse of the AMG-ified wagon. 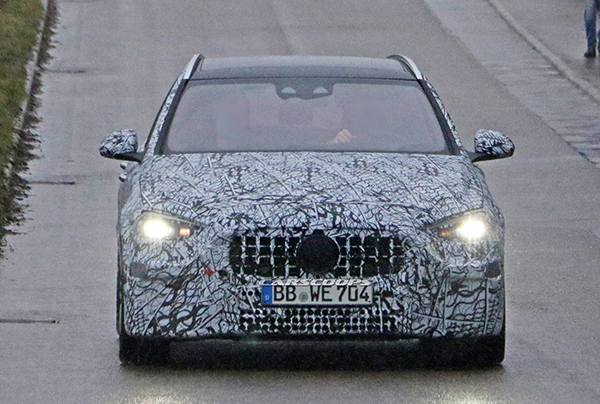 It’s only a matter of time before Mercedes-Benz finally reveals the next W206-generation C-Class. In fact, we’ve seen most of the sedan version’s metal lately, while the most recent sighting of the wagon form took place earlier this month. 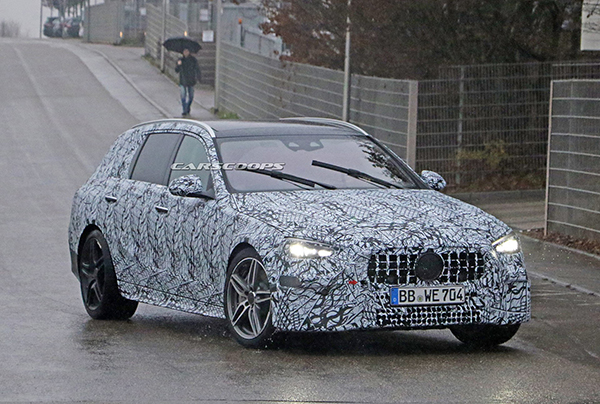 This time, our spies caught the AMG version of the C-Class wagon, spotted while testing on wet roads. Unlike the sedan, the AMG C-Class wagon, or T model as Mercedes likes to call it, is in full wraps. Although, we are certain that this is the hotter version of the long-roofed compact Merc through some telltale signs seen on the spy images below. 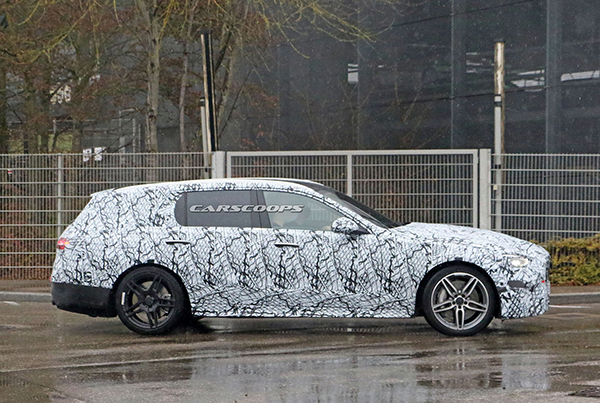 One of the giveaways is the set of bigger brake rotors housed inside the dual-five-spoke alloys. The four exhaust outlets flanking the diffuser also tell us that this is an AMG, but the round tips are telling us that this is the less potent C43 or C53. Of note, the outgoing AMG C63 wears four square tips. 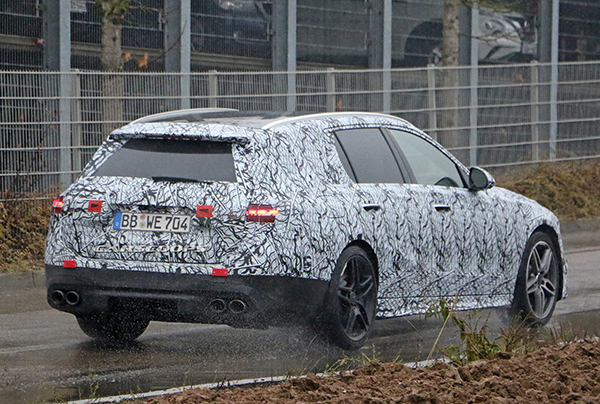 Most importantly, the Panamericana grille is the most obvious telltale sign. And while Mercedes is trying to hide the sporty front bumper through the camo wrap, a closer inspection reveals its wide side sills, which will give this estate a more aggressive front fascia. 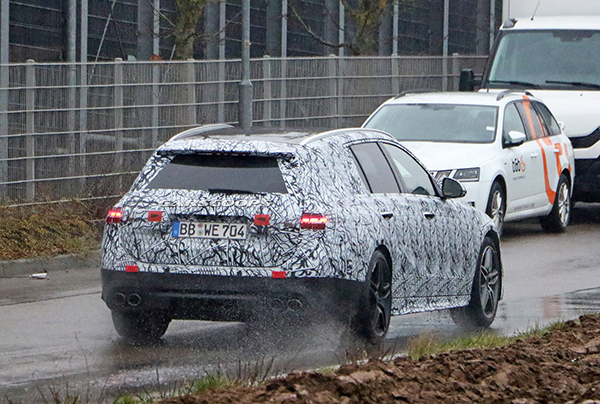 We’re still unsure whether this AMG will be called the C43 or C53. But in any case, rumors suggest a mild-hybrid setup for the wagon. Even the more powerful C63 will reportedly carry a four-banger hybrid powertrain, though nothing is confirmed at this point. 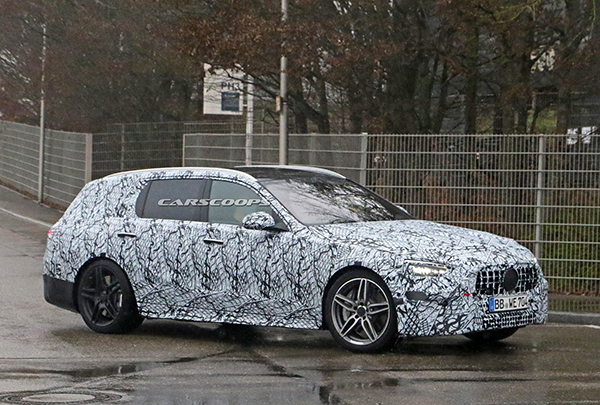